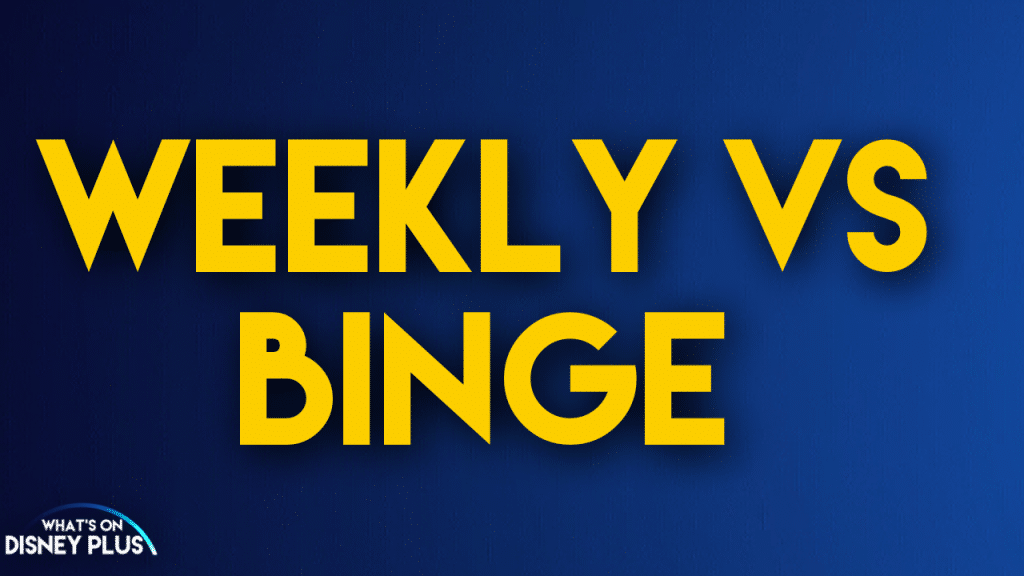 The all-at-once release model disrupted traditional TV and allowed the first group of streaming services to amass millions of bingers looking for unique and new content. But as services multiplied, some streamers opted to imitate the TV experience by providing weekly releases.

Ever since Disney+ first started releasing its major original series weekly, there has been a constant discussion online about why Disney doesn’t use the binge format that Netflix made so popular and also why Netflix doesn’t use the weekly release structure to keep people engaged in their new shows.

So, what model has succeeded the most during the year’s first two quarters?  Reelgood has shared some data with us that takes a look at the most successful shows in the U.S by number of consecutive weeks in the Top 20 most-watched, from January 1st to May 25th, 2022. 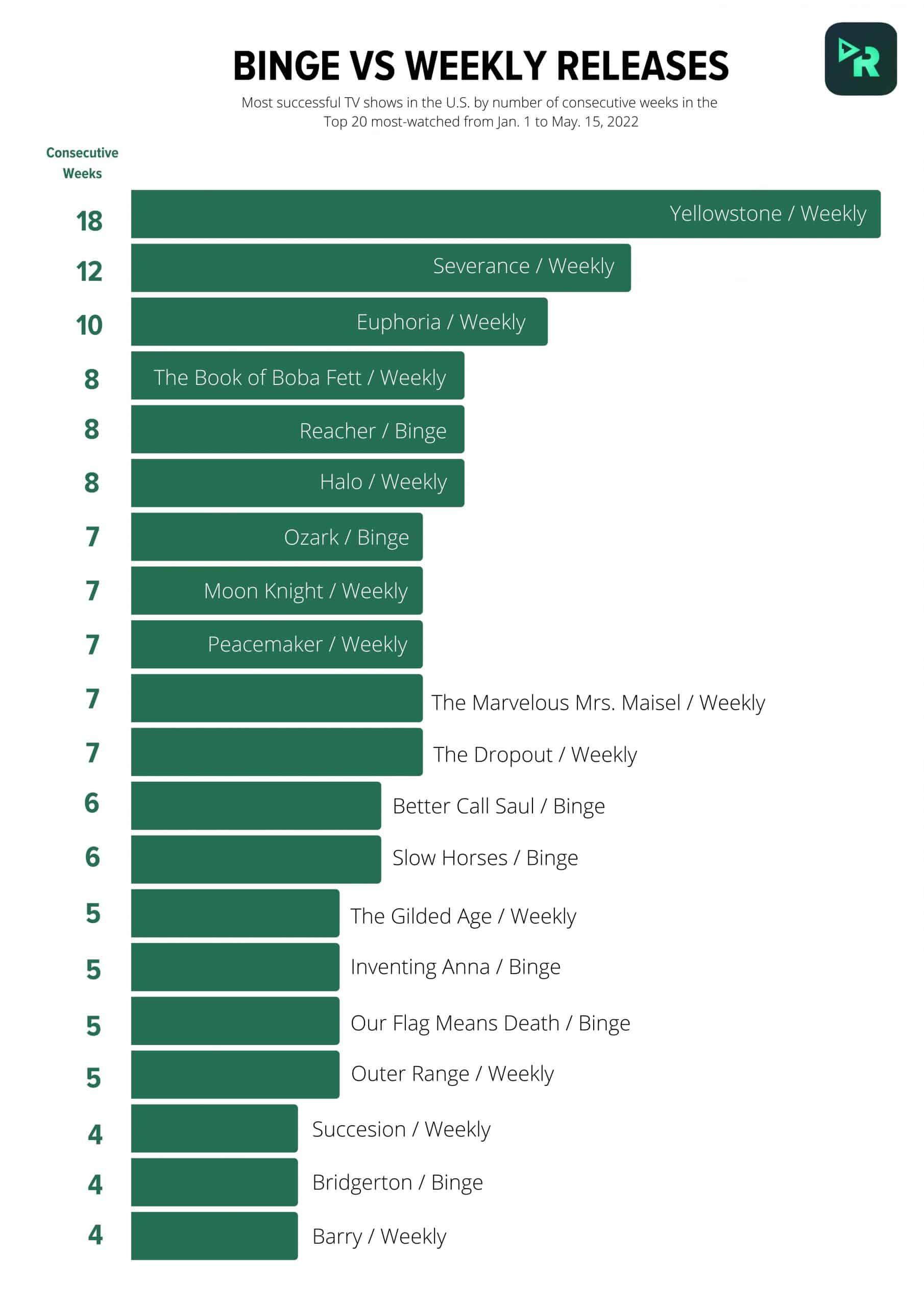 Based on this data, the majority of shows that release weekly, have generally spent longer in the top 20 list than the binge-dropped shows.   With a binge drop, it’s much easier for fans to consume the entire series in a few days, whereas, with a weekly release, the show can keep most viewers engaged for weeks, sometimes months.  Out of the top ten shows, eight are released weekly and just two were released in a binge format.

And the data shows how it’s not just Disney+ that benefits from a weekly release schedule, as Hulu, Amazon, HBO Max, Apple TV+ and Paramount+ have all had success with a weekly release as well.

There are advantages and disadvantages to both release schedule methods.  Older viewers tend to prefer a weekly release schedule because they are more used to waiting weekly for new shows and often have less free time to binge an entire series in a weekend, with younger viewers generally preferring binge-drops.

Either way, each streaming service is collecting data on how viewers consume their content and experimenting with different release strategies, such as dropping multiple episodes to get viewers hooked, and then moving to weekly releases.

Disney+ has been testing different release schedules, especially internationally, where they’ve been trialling different methods with the same show, such as releasing recent shows like “Under The Banner Of Heaven” and “How I Met Your Father” in one country at once, while weekly in others.

Do you prefer a weekly release or a binge-drop?

Roger has been a Disney fan since he was a kid and this interest has grown over the years. He has visited Disney Parks around the globe and has a vast collection of Disney movies and collectibles. He is the owner of What's On Disney Plus & DisKingdom. Email: Roger@WhatsOnDisneyPlus.com Twitter: Twitter.com/RogPalmerUK Facebook: Facebook.com/rogpalmeruk
View all posts
Tags: binge