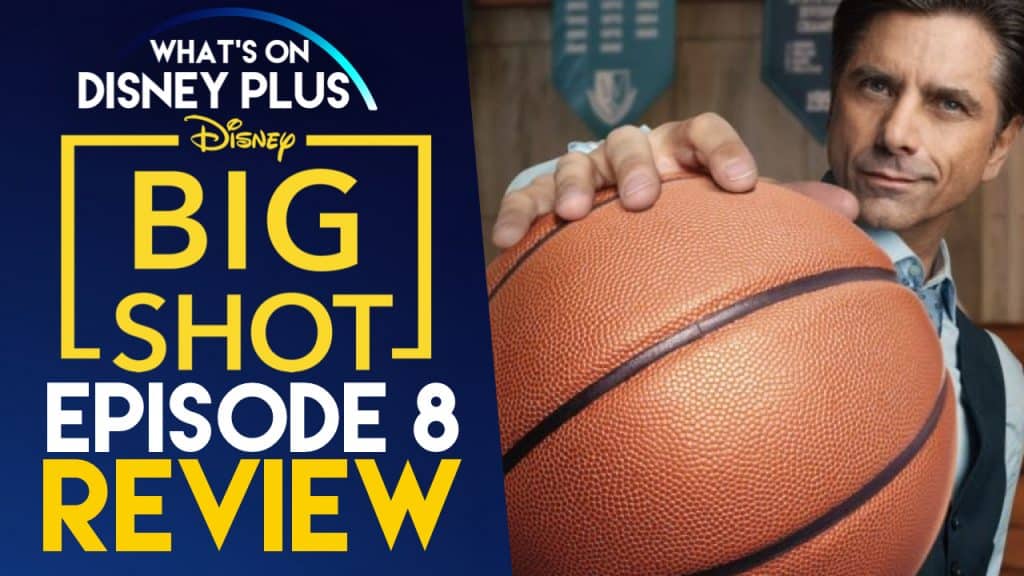 To Coach Korn, nothing is more important than basketball. With just a few episodes left in this season, this episode starts pushing forward the overall story arc to get the girls basketball team into division two. However, life off the court proves to be tough to beat.

Multiple plots are going on throughout this episode, and all of them have an impact on their game, with Coach Korn struggling to handle becoming a viral meme on the internet, Destiny dealing with her family, Louise struggling with her dad being arrest, Mouse’s love life and much more.

Many of these storylines have been developed throughout the season so far. This episode feels like the point where things start moving forward for everyone, building that momentum towards the finale.

Much like with last week’s episode, Coach Korn is still struggling to handle all of the relationships he has built at the high school, as his search for another job at a college level still floats around as a potential issue to be dealt with in later episodes.  He is becoming more and more attached to the people around him, which he finds strange, and his relationship with his daughter, co-workers, and his team is improving.  This is something I do enjoy about this show, Coach Korn isn’t perfect, but life is finding a way of settling him down for the good of everyone.

One of the biggest moments in the show comes from one of the quietest basketball team members, Mouse, who finally gets enough courage to tell Harper about her feelings for her, resulting in a lovely little moment between the two.  It’s been teased throughout the series, but it’s nice to finally see these characters connect with one another.     Disney is celebrating Pride this month and has used a still from this special moment in their “Celebrate Pride Month” promotion to highlight LGBTQ+ stories.

After last weeks episode, where we get introduced to Destiny’s mum, played by “The Greatest Showman’s” Keala Settle, their story kicks up a few gears in this episode that comes out of nowhere and delivers a fresh new storyline for the last couple of episodes.   This is another positive thing about this series, especially when compared to the other high school drama series available on Disney+. The storylines are much more varied and make a refreshing change from other Disney+ Originals.

Overall, episode 8 of “Big Shot” is all about shifting the pieces together ahead of the finale. There are multiple different storylines going on at once, but the show manages to juggle them all perfectly.  Making this episode so easy to watch and enjoy.  Showcasing why “Big Shot” is a very different kinda show for Disney+. It deals with important issues and isn’t aimed directly a teenagers.  The whole family can enjoy this show, and it has quickly become one of my favourite shows on Disney+.

With so much going on throughout the episode and trying not to spoil any of those stories, this episode was a joy to watch, and I can’t wait to see the payoff in the upcoming finale, but there will no doubt be a few more twists and turns along the way.

Episode 8 of Disney’s Big Shot is coming to Disney+ on Friday 4th June.