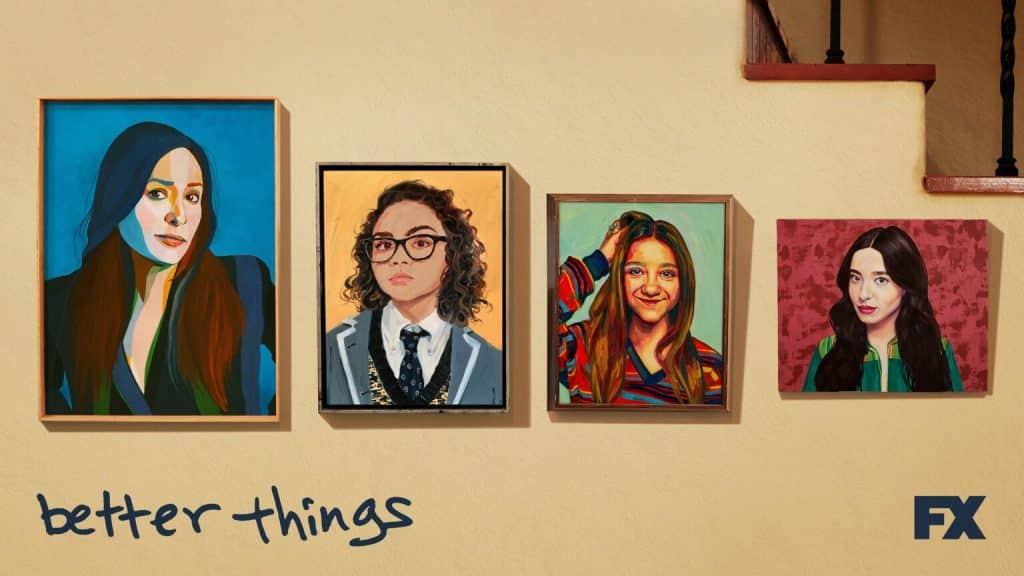 Disney has announced that the fifth season of the FX series, “Better Things” will be coming to Disney+ in Canada, Australia and New Zealand on Wednesday 4th May 2022.

In its fifth and final chapter, Better Things focuses on ‘the road ahead’ for its unconventional, unfiltered heroine, Sam Fox (Pamela Adlon), so devoted to her life as a working actor and single mother of three that she’s left little time for that one elusive thing: herself. As she navigates three daughters, each coming of age; the challenges of her chosen career; and her mother’s increasing signs of aging (as well as her own) – Sam embraces each moment, and each member of her family, with a fierce love, raw honesty and biting humor. As each of the Fox women come of age into the next phase of their life, they are inspired to reevaluate themselves, learn from the past and find their own direction.

Pamela Adlon stars in Better Things for which she is also an executive producer, writer and the sole director for season five. In addition to Adlon, the series stars Mikey Madison, Hannah Riley, Olivia Edward and Celia Imrie. Better Things is produced by FX Productions.

The first four seasons of “Better Things” are also available on Disney+ in Australia, New Zealand and Canada.

Are you looking forward to the return of “Better Things”?

Roger has been a Disney fan since he was a kid and this interest has grown over the years. He has visited Disney Parks around the globe and has a vast collection of Disney movies and collectibles. He is the owner of What's On Disney Plus & DisKingdom. Email: Roger@WhatsOnDisneyPlus.com Twitter: Twitter.com/RogPalmerUK Facebook: Facebook.com/rogpalmeruk
View all posts
Tags: better things, fx