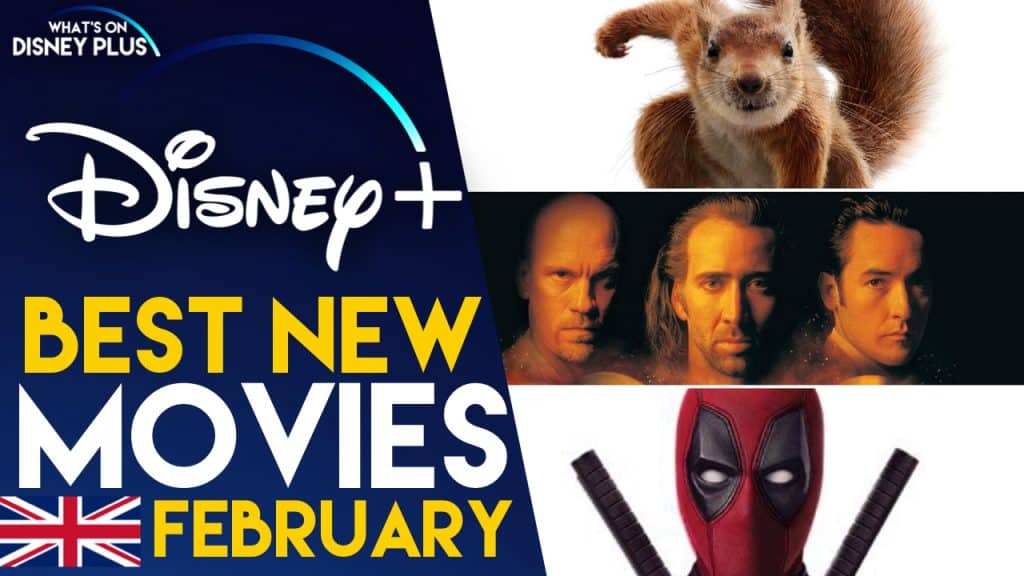 As we come into a new month, I’ve picked out some of the best movies coming to Disney+ in the United Kingdom in February 2021. The biggest new movie of the month is “Flora & Ulysses”, which is a Disney+ Original.  Plus there will be a massive expansion of new hundreds of new movies as part of the new “Star” brand.

Note – This list is based on the United Kingdom’s release schedule and availability in other countries may vary.

Disney+ will be getting a massive expansion on Tuesday 23rd February with nearly 300 movies from 20th Century Studios, Searchlight Pictures and Touchstone.  Here are some highlights:

Enraged at the slaughter of Murron, his new bride and childhood love, Scottish warrior William Wallace slays a platoon of the local English lord’s soldiers. This leads the village to revolt and, eventually, the entire country to rise up against English rule.

Johnny Rico completes his graduation and joins the Mobile Infantry to serve the nation. Soon, he finds himself fighting against alien bugs that are hell-bent on destroying life on Earth.