Disney+ gets into the reality competition show game with its new original series “Be Our Chef.” In the series, 5 families will compete in a 10 week series of challenges to make dishes based on Disney movies. At the end of the competition, the two families with the most points will square off to win a Disney cruise vacation.

The first challenge on this new cooking show asks the families to take a comfort food and transform it into fine cuisine in 60 minutes. It’s loosely based on the scene in “Cinderella” where the Fairy Godmother transforms a pumpkin into a carriage. During the competition, two members of each family compete in a side challenge to give their family an edge during the competition. It feels like a cross between a Disney inspired, family version of “MasterChef” and “Double Dare.”

If you like the high tension and drama that comes with some cooking shows, particularly those featuring Gordon Ramsay, then you’re out of luck. The families remain cordial and friendly to each other, at least in the first episode. There are no proverbial sparks, although there is a literal flame when one of the families spills a little grease on their stove. But, the Dad takes care of the fire quickly with no damage to the equipment. It was a lot of fun watching the host, Angela Kinsey from “The Office,” freak out about the flames while the Dad remains cool as a cucumber.

Once the time is up, the dishes are judged by one of the many gourmet chefs available at the Disney restaurants. Both dishes; a grilled cheese and tomato soup and a potato hash, bacon and eggs; look amazing once plated. I’m going to see if my wife and I can make one or both of these dishes this week. 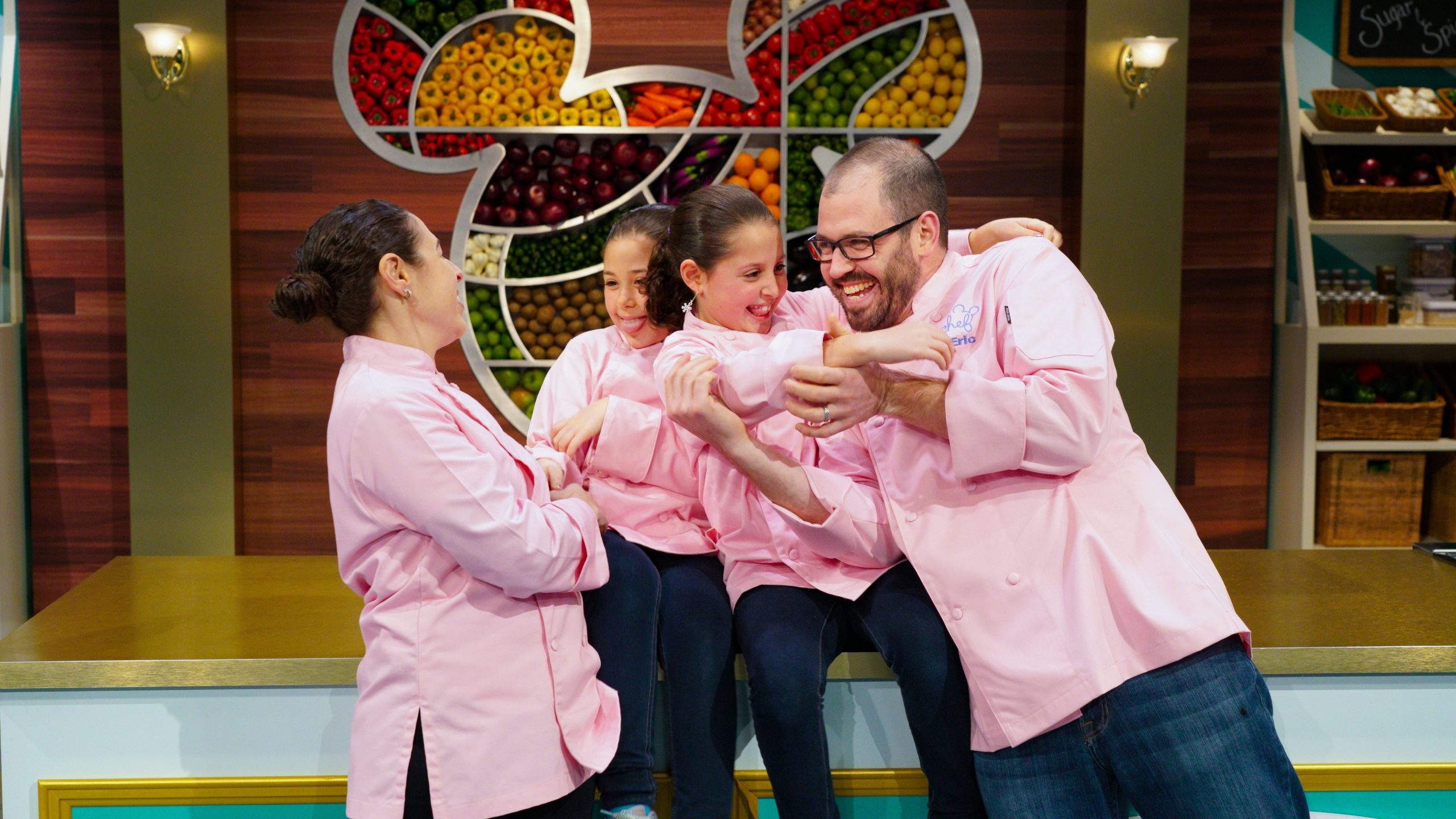 The true downside of this show is the prize for the ultimate winner. When Disney started filming this show, they had no idea the Coronavirus Pandemic would take over the world the way it has. At the time, a Disney cruise seemed like a great prize. And, by the time the winner actually gets to go on the cruise, I’m sure it will be again. But, at the time of this viewing, I can’t think of any place I’d want to be less than a cruise ship. But, that’s just an unfortunate side effect of a global illness and not an actual problem with the prize or Disney’s decision making.

All in all, this show is low stakes for the viewer. There’s no major issue that has to be resolved at the end of the episode. There’s no big action sequence like in a scripted show. It’s a fun half hour watching two families compete in a friendly cooking competition. And, maybe it can inspire some new dishes to try at home. It’s a fluffy, feel good show that some of us need right now.

Did you watch “Be Our Chef?” What did you think?

Jeremy has been a big Disney fan since he was a kid growing up during the Disney Renaissance. One day he hopes to go to every Disney Park in the world.
View all posts
Tags: be our chef, review