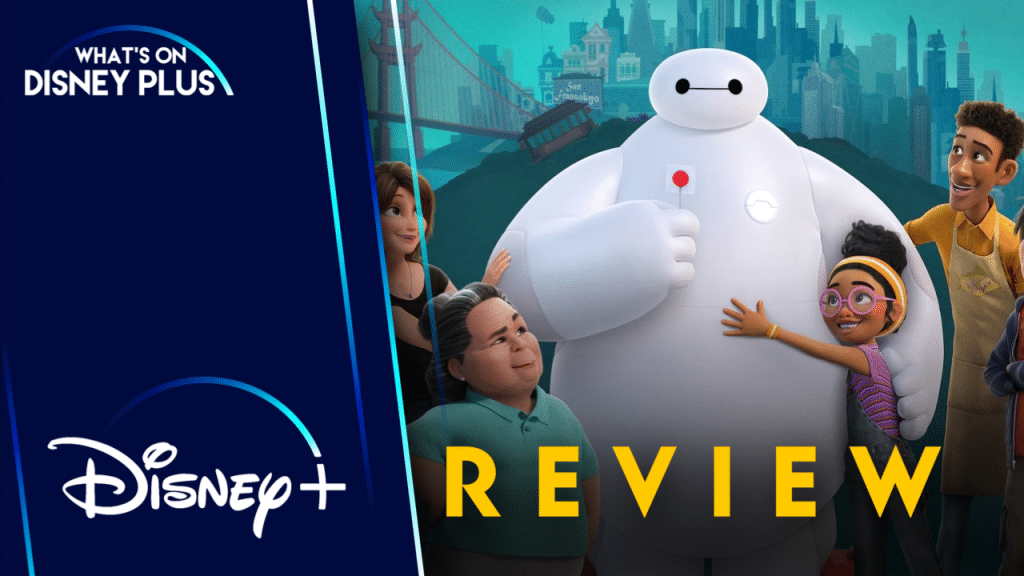 The series of shorts is set in the fantastical city of San Fransokyo, and each short sees Baymax helping out a new character, who is dealing with a unique problem. The problems include an allergic reaction, a sprained ankle, a fear of water, and a girl getting her first period.

Each short isn’t just about Baymax providing healthcare, such as diagnosing an allergy or that the girl is menstruating. It’s also about how his non-judgmental questions, help his patients deal with larger problems in their life.

There are plenty of highlights throughout this series of shorts. I really enjoyed the “Cass” episode, which sees Baymax trying to run the cafe, after the owner, auntie Cass is injured. As someone who used to run a cafe for 20 years, I completely connected with the idea of struggling to let someone else run it, while you recover. And I think that’s one of the strengths of this series of shorts; you’re bound to connect with one of the stories.

I also enjoyed how this series didn’t pull away from dealing with some subjects, especially one involving a girl getting her first period. While “Turning Red” may have skirted around the issue, this one short deals with it head-on. This is a must-see for any young girl, as it deals with the subject in a fun but informative way.

While each short is its own individual self-contained story, the final episode does bring everyone together to help Baymax, which was a nice touch and also gave all the characters a lovely way to repay Baymax’s assistance.

The animation style is identical to the original animated film, which uses 3D computer graphics, rather than the animated series, which used traditional 2D animation. This series of shorts feels much more interconnected with the original film for this reason.

“Baymax” is a nice continuation of the “Big Hero 6” franchise, but without any of the superhero antics and simply focused on the healthcare aspect. If you’re hoping for some action, this series of shorts might not hit the spot, but if you’re a fan of Baymax in his healthcare mode, this is for you.

It’s a delightful series of shorts and well worth checking out if you enjoyed the film. However, it didn’t really have that same vibe, without the superhero aspect involved, but it’s a cute little series. It’s a bit cheesy in places, but its full of heart and a nice addition to the Disney+ library.

“Baymax” is out now on Disney+.

Roger has been a Disney fan since he was a kid and this interest has grown over the years. He has visited Disney Parks around the globe and has a vast collection of Disney movies and collectibles. He is the owner of What's On Disney Plus & DisKingdom. Email: Roger@WhatsOnDisneyPlus.com Twitter: Twitter.com/RogPalmerUK Facebook: Facebook.com/rogpalmeruk
View all posts
Tags: baymax, review