Battle For The Planet Of The Apes | Star Retro Review 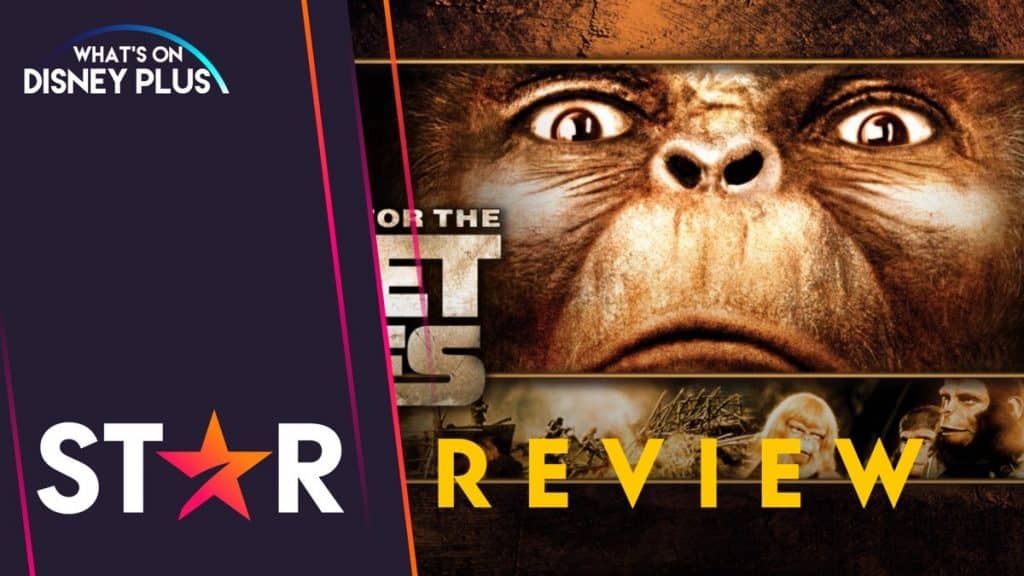 Battle For The Planet Of The Apes | Star Retro Review

In this final instalment of the original franchise, Caesar (Roddy McDowall) and MacDonald (recast with Austin Stoker) maintain a fragile peace between apes and humans 10 years after societal anarchy and nuclear war. Unfortunately, a journey to find answers from the past may lead to an inevitable Armageddon in the future…

In the previous review, I claimed that this franchise was feeling tired. 5 movies in, we’re practically running on fumes for the crescendo. Perhaps that phrasing is unduly harsh as the picture is far from unwatchable. However, when your movie has just an 86 minute runtime (a new shortest record for the series) and the first 7 minutes and change are taken up by a TV-style recap and opening credits, it’s fair to assume that the writers were short on ideas.

Admittedly, the premise is reasonable. On the surface, it appears to serve as a bridge between the last film and the original in terms of chronology. In practice, it poses questions on the concept of destiny vs free will. Can the apes and humans co-exist or are they doomed to destroy each other? It’s a valid question but it’s also unfortunately one that this film franchise has explored previously and in more interesting plots.

Of course, that’s not to say that there aren’t some stand out performances worth mentioning. McDowall is truly the master actor by this point and he shines in his second outing as Caesar. He embodies a character who has earned confidence, wisdom and the ability to lead over a decade. And yet, we still see flashes of the fiery temper that pushed him to a revolution for his ape brethren. All things considered, Caesar is the core of this story in multiple ways and without such a solid actor to carry the role, this film would struggle more than it already does.

But let’s stay positive for now. Despite being recast, I’m very happy to report that MacDonald now feels somewhat more fleshed out as a character. He works well as a human counterpart to Caesar. While not quite an equal (which is a plot point on a couple of occasions) he does play a key role in both moving the plot along and in its conclusion. Quite frankly, it’s nice to have a human protagonist with a bit of a backbone towards the apes. Both on his side and not. We haven’t seen that kind of mildly abrasive relationship since Beneath the Planet of the Apes 3 films ago.

Unfortunately, this film falls apart due to a lack of strong antagonists. We have a group of racist gorillas led by General Aldo (Claude Atkins) and a group of racist mutant humans (seemingly intended to be the predecessors from the mutants in the second film) led by Governor Kolp (Severn Darden). While in fairness, the film does attempt a touch of discussion on a need for compassion and understanding towards others, that is all thrown away when both villains are scheming warmongers. The lack of subtlety is boring. And perhaps the most galling thing of all is that a potentially interesting side character is wasted in service of a blatantly villainous act by General Aldo in the pursuit of power. To explain this further, I must warn against the need for spoilers.

Cornelius is introduced as the son of Caesar. As you may have guessed, he is named after a certain previous ape protagonist. He is in fact one of the first new characters we meet. Indeed, after a somewhat touching scene with his father, you’d be forgiven for thinking that his role is going to be pivotal. Then it turns out that his only narrative purpose is to be killed so that General Aldo is sufficiently evil and can be held up as an example of ape society’s imperfections. It feels lazy and even rather cheap.

The ending perfectly encapsulates the hint of narrative laziness as it rushes to tack on a mild twist ending that haphazardly answers the key philosophical question surrounding the entire saga: can any species truly avoid eventual self-destruction? Well, yes, actually. The end. The irony is, of course, that this question should not have been answered because you theoretically never can definitively do so. Perhaps the writers wanted to pay homage to the original with a mirrored twist of their own but this weak little coda doesn’t work due to forcing a happy ending.

What’s more, I can’t even overly praise the music on this occasion. Leonard Rosenman returns and it’s perfectly serviceable but also sounds rather bland and would often feel just as at home in an episode of 60s Star Trek as it would an Apes film. The job may be done insofar as inoffensively accompanying the onscreen action, but you probably won’t remember it afterwards.

In conclusion, Battle for the Planet of the Apes suffers from a franchise stretching itself just one film too far and not particularly having enough compelling material left to make it work. As a result, the film falls flat as far as impact goes, ending the original franchise on a low point.

Battle for the Planet of the Apes is available on Disney+ in a maximum resolution of 1080p HD and standard 5.1 surround sound on compatibility devices. This is in line with the Blu Ray releases in the US and is actually better than the standard DVD sets officially available in Europe (though you can find region-free Blu-Ray box sets of the entire franchise from third-party sellers on Amazon if you want to take the chance).

Once again, Battle for the Planet of the Apes does not include an “Extras” tab on its page. Therefore, not even a standard trailer or “promo clip” is available.

“Battle for the Planet of the Apes” is available to stream on Disney+ now in many countries including the UK and Ireland, Canada, Australia and New Zealand, The Netherlands and more.

What are your thoughts on “Battle for the Planet of the Apes”?

Jon has been a Disney fan all of his life. From wearing out those expensive VHS tapes and visiting Disneyland Paris as a child to becoming a huge fan of the MCU in adulthood, Disney has helped shape some of the happiest, most fun moments he can remember.
View all posts
Tags: battle for the planet of the apes, retro review, star 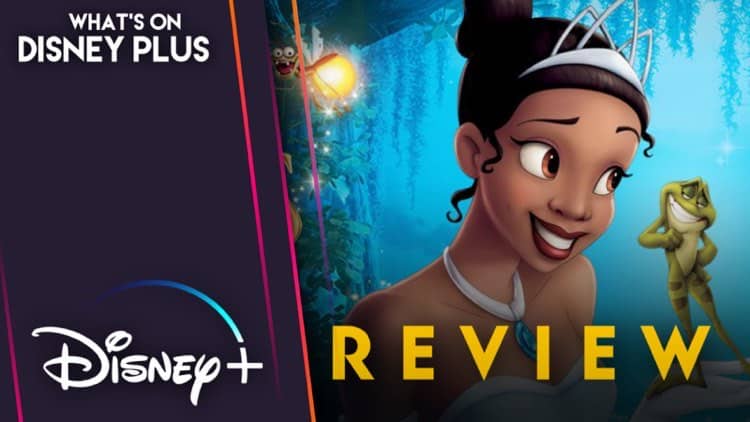