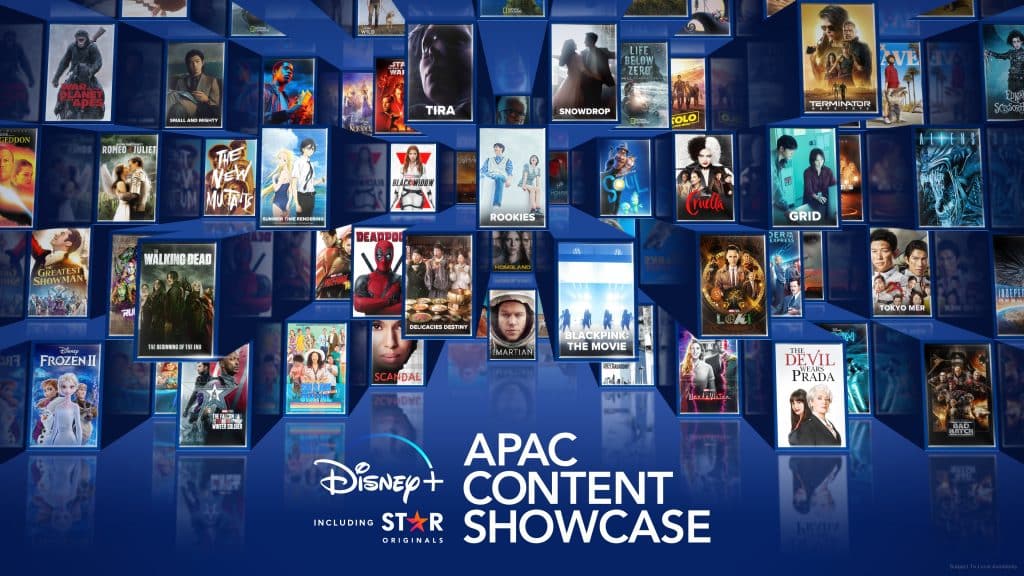 The Walt Disney Company Asia Pacific has recently announced that there will be a special “Disney Content Showcase” taking place in Singapore on 30th November 2022.

During this event, Disney will reveal details on its theatrical and streaming slate for 2023 across the Asia and the Pacific regions. The showcase will highlight the growing collection of APAC Originals on Disney+ and Disney+ Hotstar, told by some of the region’s best storytellers.

Since last year’s APAC event, we’ve seen the number of originals from the region grow, with shows like “Snowdrop”, “Rookie Cops”, “Delicacies Destiny”, “Grid”, “Shipwreck Hunters Australia”, and more coming from the region.

We don’t yet know what’s going to be revealed during the upcoming Disney Content Showcase, but it’s likely to showcase some of the big films heading to cinemas and some of the new originals heading to Disney+ globally from the region, including “Big Bet” and “Connect”.  Plus, hopefully, some new shows and films that we don’t know about.

Disney also announced a first-of-its-kind initiative, “The Creative Experience”, which is part of The Walt Disney Company’s continued commitment to the Asia Pacific region, as it continues to deepen its long-term collaborative relationships with the region’s creative community.

“The Creative Experience” has given a select group of participants access to some of the company’s most influential names through a series of exclusive live panels that provide invaluable insights into the creative processes of Marvel Studios, Walt Disney Animation Studios, Disney Live Action, 20th Century Studios, Searchlight Pictures, Pixar, Lucasfilm, National Geographic, Disney TV Studios, FX ABC and more.

“The Creative Experience aims to add further momentum to the creative growth in the region, as streaming continues to enhance local content production standards and storytelling excellence. The Asia Pacific region has world-class storytellers and talent with so much global potential, and we hope that this new program will become an invaluable part of creative development in the region, opening new doors of entertainment for the creative community.”

During last years first APAC Content Showcase, Disney announced its creative ambition to greenlight over 50 APAC originals by 2023 and has since launched a growing slate of local language titles from South Korea, Japan, Southeast Asia, ANZ and Greater China on its global streaming platform Disney+.