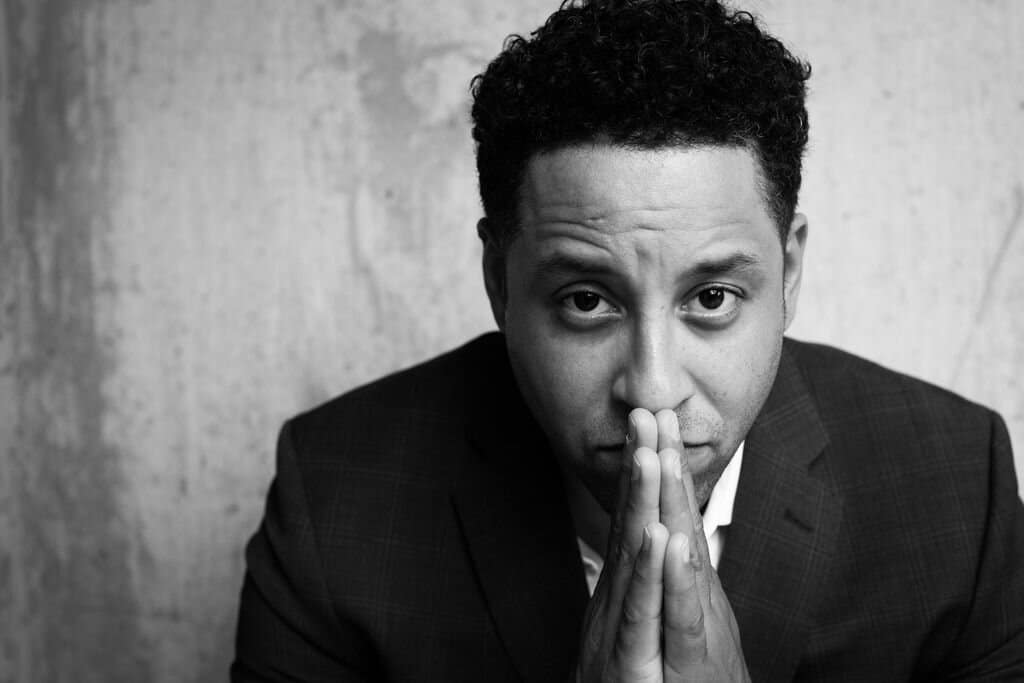 As we draw closer to the season finale of The Mighty Ducks: Game Changers on Disney+, things are beginning to heat up! To help celebrate the show’s final episodes, I reached out to actor Antonio Cayonne, who plays Sofi’s dad Brian in the series. Sofi’s storyline of shifting from the Ducks to the Don’t Bothers has been integral to the show’s main plot, so I was excited to get Antonio’s perspective on the making of Game Changers. You can check out my full, EXCLUSIVE interview with Antonio Cayonne below:

CORBAN: What was your first experience working with Disney, and how did you get involved with The Mighty Ducks: Game Changers?

ANTONIO CAYONNE: Mighty Ducks is my first and (so far) only experience working with Disney, and it came, as most jobs do for actors, through a good old audition. I’m lucky to be cresting into my Dad roles years as it provides lots of new opportunities to explore.

CORBAN: That’s exciting! What did it look like to film Game Changers in the middle of the COVID-19 environment, and how long did it take you to get to know the amazing ensemble cast?

ANTONIO CAYONNE: Filming has certainly taken on a new face with a lot of added protocols for safety and separation. Just as we’re getting used to new norms of how to manage the spread of Covid-19 in our day to day, sets are doing the same: masks, distancing, plexiglass, etc. It has its challenges but overall it wasn’t too taxing. We got tested multiples times a week which provided lots of peace of mind. As far as the cast goes, by episode 4 I had met everyone (more or less) and just thought everyone was so amazing. I got very lucky playing Sway’s dad on the show, as she’s a really amazing person and so fun to be around! Most of my days were spent with the parents of course, all of whom are amazing and hilarious.

CORBAN: I am glad that shows like Mighty Ducks could tell great stories while prioritizing health and safety, and, despite the protocols, your chemistry with the rest of the cast shone through in the final project! One of my favorite episodes of the series features the original Ducks team coming to reunite with the Don’t Bothers, and it is great to see the impact of the Ducks continue through this show. Did you have a big connection with The Mighty Ducks before filming the show?

ANTONIO CAYONNE: OF COURSE! I grew up playing soccer not hockey, but it didn’t matter – the Ducks captured the hearts and imaginations of every sports kid who ever felt on the fringes. It was cool to be an underdog. I had seen each of the movies multiple times and loved every one. I think around the time of the movies I was on a team headed to a tournament where we were the odds-on favorites to lose every game. We needed to lift our spirits and come together – so we all dyed our hair blond and called ourselves the golden boys and went out and played our hearts out. We swept the tournament and won! Ducks definitely influenced what we believed it took to win. 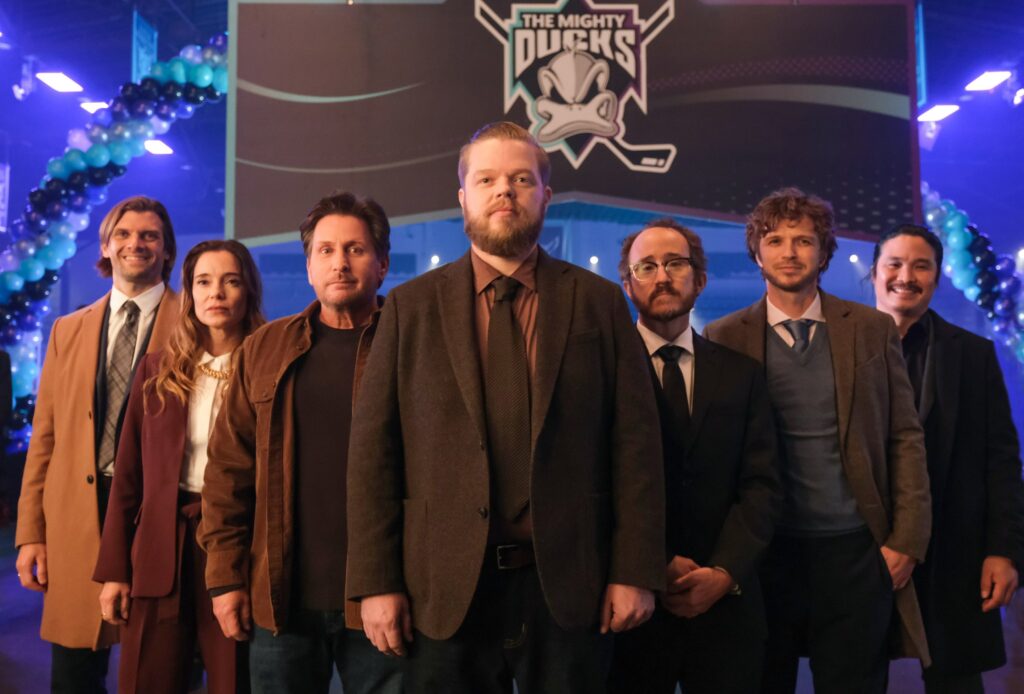 CORBAN: What an amazing story! And, like you mentioned, the Mighty Ducks storyline is so relatable to any audience, so it is awesome that Game Changers gets a chance to carry on this legacy of inspiring greatness. You play Sofi’s dad Brian in The Mighty Ducks: Game Changers, and your character is integral to helping Sofi join the Don’t Bothers team. How does your parenting experience shape how you act as a father for a TV show?

ANTONIO CAYONNE: My mom was my soccer cheerleader, and she would absolutely have fought for me to play for whichever team brought out the love of the game. There were other parents around me whose kids had to play for certain club teams whether they liked it or not because it was ‘good for them’. So I grew up seeing both sides of the argument and knowing which side I landed on. It was nice to get to play the arc between those two ideals.

CORBAN: Speaking of parenting, I noticed that you also wrote a book entitled Currently Dadding chronicling your path of fatherhood. What message did you want to convey to your readers through that book?

ANTONIO CAYONNE: I wrote a poetry book during the 9 months that my wife was pregnant with our first child. It was a collection of anecdotes, insights, and discoveries that came as a result of being told that mothers become mothers when they get pregnant, but fathers become fathers when they hold their newborn for the first time. I disagreed with that notion, and wanted to explore what it meant to opt in to Dadding and mine through the feelings, the fears, the excitement, and everything that we commonly don’t get to discuss.

CORBAN: I am adding that to my reading list right now! In between your writing and parenting adventures, you have been in the acting world for over ten years and have been featured in award-winning shows like The X-Files and Lucifer. What would you tell someone looking to follow in your acting footsteps?

ANTONIO CAYONNE: This industry rarely feeds you when you’re hungry. Make sure you fill up on life every day, and let this be a piece of that experience – not the entirety of it. It will be easier and more joyful to pursue a craft if you aren’t expecting small morsels to be meals.

CORBAN: What great advice! Do you have any future projects in the works, and where can our readers find you?

ANTONIO CAYONNE: I’m currently prepping a MOW for Hallmark titled The Willows (names often change). I’m always present on Instagram @antoniocayonne and to a lesser degree on twitter @cayonne. After we wrap this film, I’ll be working with my restaurant group, Collective Hospitality, to open a new restaurant. And then…who knows?

That is exciting news! Thanks for giving us an inside look into your day-to-day life – it was great getting to chat with you!

And to the reader, you can now stream The Mighty Ducks: Game Changers on Disney+.

Corban has been a lifelong fan of The Walt Disney Company. Disney music is often the soundtrack of his life, and he loves listening to a new film score. In between new episodes of The Mandalorian, you can often find him planning his next trip to the Disney Parks or rewatching classic Disney TV shows.
View all posts
Tags: interview