“Anastasia” Removed From Disney+ (US) 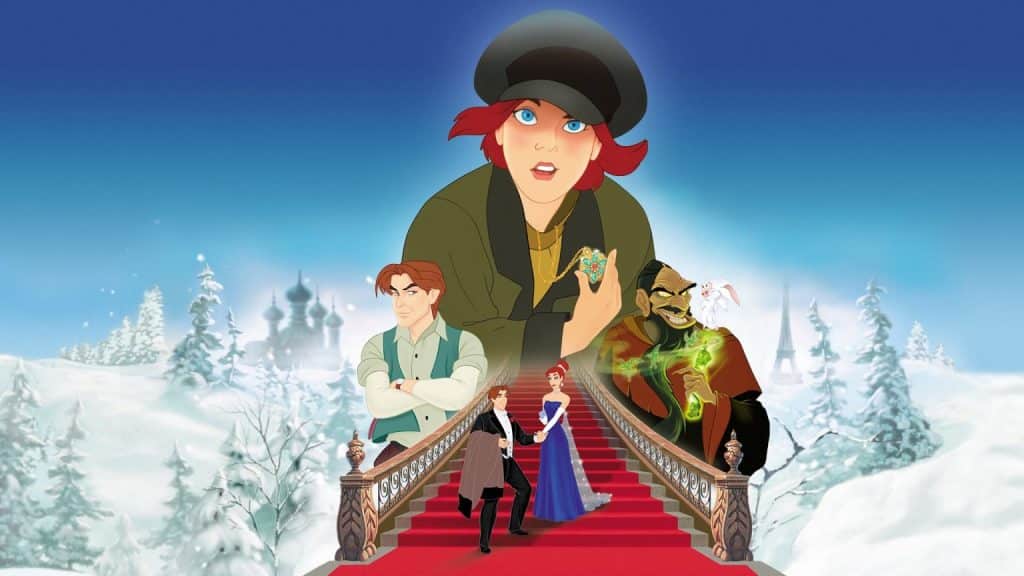 “Anastasia” Removed From Disney+ (US)

With the start of a brand new month, Disney is often forced to remove some content from Disney+ in the United States due to pre-existing contracts made before Disney+ was created.

Unfortunately, this month, the classic animated film from 20th Century Studios, “Anastasia”, has been removed from Disney+ in the United States. However, the film is still available on Disney+ in other countries. This removal from Disney+ has nothing to do with the current crisis involving Ukraine and Russia.

“Anastasia” will be available on Starz from March 18th.

This animated adventure spins a more optimistic twist on the long-mythicized story of the “lost daughter” of Russia’s last czar. A wicked sorcerer places a curse on the Romanov family, and Anastasia is separated from them during their attempts to escape from a rowdy revolt seizing their palace. Years later, after growing up with amnesia in an orphanage, “Anya” encounters two Russian men seeking a reward offered by the Dowager Empress Marie, for the return of her missing granddaughter. They decide to travel together to visit the Empress in Paris. Will Anya finally be reunited with her remaining family and find a loving home at last?

Unlike other streaming services like Netflix or Hulu, Disney+ doesn’t inform subscribers in advance of any removals.

The film was only added onto Disney+ in the United States in December 2020, having previously been available on HBO Max.

Unfortunately, it’s unknown how long the film will be unavailable on Disney+ in the US, but once it has completed its contract with Starz, it will then return to Disney+.

Roger has been a Disney fan since he was a kid and this interest has grown over the years. He has visited Disney Parks around the globe and has a vast collection of Disney movies and collectibles. He is the owner of What's On Disney Plus & DisKingdom. Email: Roger@WhatsOnDisneyPlus.com Twitter: Twitter.com/RogPalmerUK Facebook: Facebook.com/rogpalmeruk
View all posts
Tags: anasastia