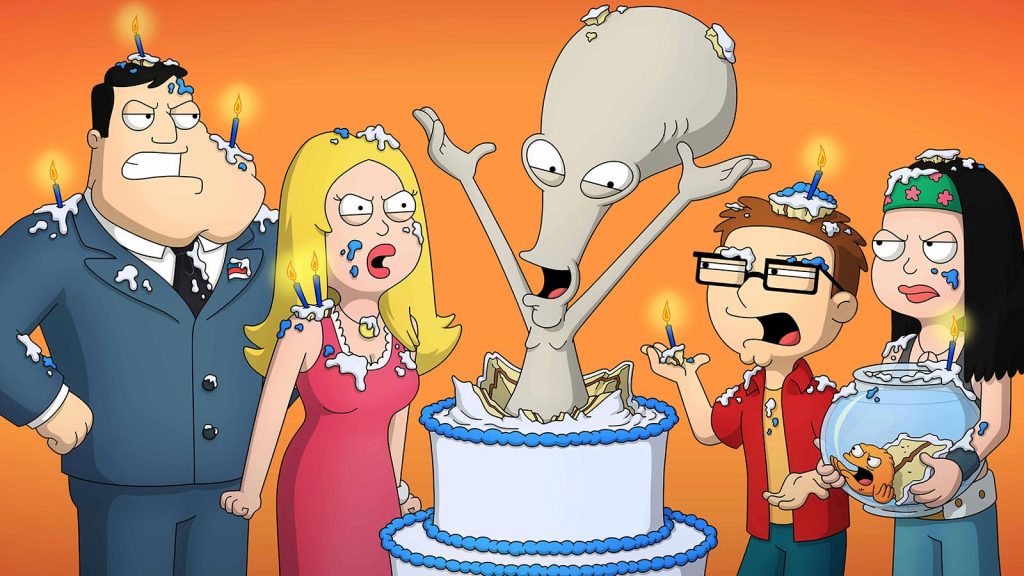 Disney has announced that the hit-animated comedy series “American Dad” will be coming to Disney+ as part of the launch of new general entertainment brand “Star” on February 23rd 2021.

The “Star” brand serves as home to thousands of hours of movies and television from Disney’s creative studios, including Disney Television Studios, FX, 20th Century Studios, 20th Television, Touchstone, and more, enhanced by the addition of local programming from the regions. From comedies to dramas and thrillers, Star offers a range of titles for everyone and every mood. Star will also deliver brand-new originals from Disney’s General Entertainment studios in International markets, with over 35 first-run series set to premiere by the end of the first year.

“American Dad” focuses on an eccentric motley crew that is the Smith family and their three housemates: Father, husband, and breadwinner Stan Smith; his better half housewife, Francine Smith; their college-aged daughter, Hayley Smith; and their high-school-aged son, Steve Smith. Outside of the Smith family, there are three additional main characters, including Hayley’s boyfriend turned husband, Jeff Fischer; the family’s man-in-a-goldfish-body pet, Klaus; and most notably the family’s zany alien, Roger, who is “full of masquerades, brazenness, and shocking antics.”

There are over 300 episodes of “American Dad” available across 17 seasons.  The show debuted in 2005 and the show has been renewed for seasons 18 and 19.

Are you looking forward to seeing “American Dad” on Disney+?

Roger has been a Disney fan since he was a kid and this interest has grown over the years. He has visited Disney Parks around the globe and has a vast collection of Disney movies and collectibles. He is the owner of What's On Disney Plus & DisKingdom. Email: Roger@WhatsOnDisneyPlus.com Twitter: Twitter.com/RogPalmerUK Facebook: Facebook.com/rogpalmeruk
View all posts
Tags: american dad, star