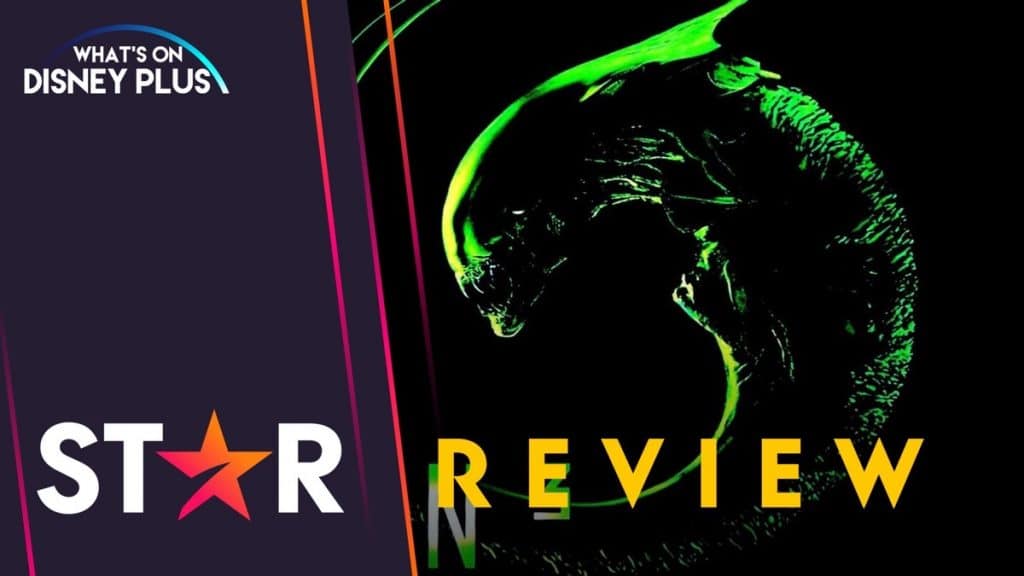 After barely surviving her previous encounter, Ellen Ripley (Sigourney Weaver) crash lands on The Fiorina, a maximum security prison for rapists and murders. As if that isn’t enough of a challenge, it doesn’t take long for her to notice the telltale signs of her returning nemesis…

Note: As of writing this review, Disney+ only offers the theatrical version of Alien³. Therefore, my opinions are based on that version alone, regardless of any contradictions caused by the later “Assembly Cut”.

At the risk of potentially alienating (pardon the pun) a portion of my reading audience right off the bat, I’m going to say something that may be deemed controversial: Alien³ is not a truly bad film. Viewed in a vacuum, it’s a perfectly watchable action flick. It’s in no way terminally boring and it’s definitely visually interesting. However, it is a bad Alien film. Those statements may appear contradictory on the surface, so let me explain.

When watching this third film in the iconic franchise, you get the feeling that the endeavour started with the best of intentions but quickly lost its way. It’s fairly obvious that there was an attempt to marry the tense, character-based first half of Alien with the action-orientated second half of Aliens. On paper, that’s a solid enough concept but in practice it stumbles at the first hurdle by not developing enough likeable characters that you want to see live in the second half. This is particularly baffling when you consider that both Hicks and Newt were ready made to help bolster that emotional connection to the audience, and yet they’re killed off in the opening credits.

And so, we’re left with Sigourney Weaver’s Ellen Ripley to carry the story as the main protagonist once again. Obviously, it’s understandable that Ripley was constantly returned to as the backbone of the franchise and Weaver is extremely comfortable in the role by this point, with enough tweaks to the character’s situation that she has something to sink her teeth into. But the thing is, these films were never purely about Ripley. They thrived on exceptionally well-developed characters in a believable sci-fi world. The first 2 entries were horror films with depth. This trilogy capper (as it was intended to be at the time) seems to know what is expected of it but never seems willing to put in the work. So the majority of the cast is two dimensional at best which leaves everything feeling rather flat.

However, there is a glimmer of hope early on in this regard. Clemens (Charles Dance) is the prison Doctor. One of the few truly morally decent characters alongside Ripley who’s given time to develop. Yes, some of the other prisoners do end up helping but considering their main character traits are “rapist” and/or “murderer”, I found it difficult to root for them once the Xenomorph begins its rampage. In contrast, Clemens is given time to talk to Ripley, slowly gets closer to her and eventually divulges a sympathetic yet realistic backstory. Unfortunately, he doesn’t last much beyond this emotional outpouring, meaning that the strongest new character is mostly wasted in a cheap attempt to shock the audience.

This wouldn’t be so bad if there were still more time to build someone in his place but it’s not long after this that the story begins building to its action-packed climax, so we’re left with slim pickings for the third act. Dillon (Charles S. Dutton) is the closest thing to a co-star we have left at this point and he’s so antagonistic towards Ripley on multiple occasions that it’s hard to particularly like him, even when he does make an about face to serve as a sacrifice.

Speaking of the third act, this is when the film truly stops trying to ape the first film and instead leans into the action roots of its sequel instead. Disappointingly, while this is a solid effort, it’s let down on a couple of fronts. First, there are a few too many POV shots from the Xenomorph for my taste, making the chases more disorientating than exciting. Secondly, when we do see the titular alien, much of what was previously practical effects has been replaced with incredibly dated CGI. It’s worth remembering that Terminator 2 released just one year prior and knew how to use the budding technology very effectively. Here, the Xenomorph looks so absurdly fake when running down hallways that it completely took me out of the moment and ruined any tension.

Soundtrack-wise, it’s perfectly acceptable. Elliot Goldenthal put together some sweeping orchestral suites that do their best to establish the mood and ratchet up the tension where required but none of it is strong enough to lift what’s on screen to a higher level. In fairness, that was never going to be the easiest of tasks.

In Summary, Alien³ isn’t horrendous. Sigourney Weaver returns to the role that made her a star and Charles Dance portrays a sympathetic doctor who’s gone to soon but provides some much needed depth while he’s around. But in the end, the original end to the supposed trilogy tries to mash previous successful base elements together while losing most of the franchise’s magic in the process.

Alien³ is available on Disney+ in a maximum resolution of 1080p HD and standard 5.1 surround sound on compatibility devices. This is in line with the Blu Ray releases worldwide.

In a change of pace, Alien³ does include an “Extras” tab on its page. As of writing, however, it only includes a 55-second “promo clip”.

Furthermore, Alien³ is well known for its extended “Assembly Cut”, which is widely regarded as a superior option. Currently, only the theatrical cut is available for streaming on Disney+. With the service previously offering alternate versions of some films, this could quite easily change in the future.

Presentation Ranking: 3 stars out of 5

“Alien³” is available to stream now on Disney+ in many countries including the UK and Ireland, Canada, Australia and New Zealand, the Netherlands and more.

What are your thoughts on “Alien³”?

Jon has been a Disney fan all of his life. From wearing out those expensive VHS tapes and visiting Disneyland Paris as a child to becoming a huge fan of the MCU in adulthood, Disney has helped shape some of the happiest, most fun moments he can remember.
View all posts
Tags: 20th century fox, alien 3, retro reviews, star