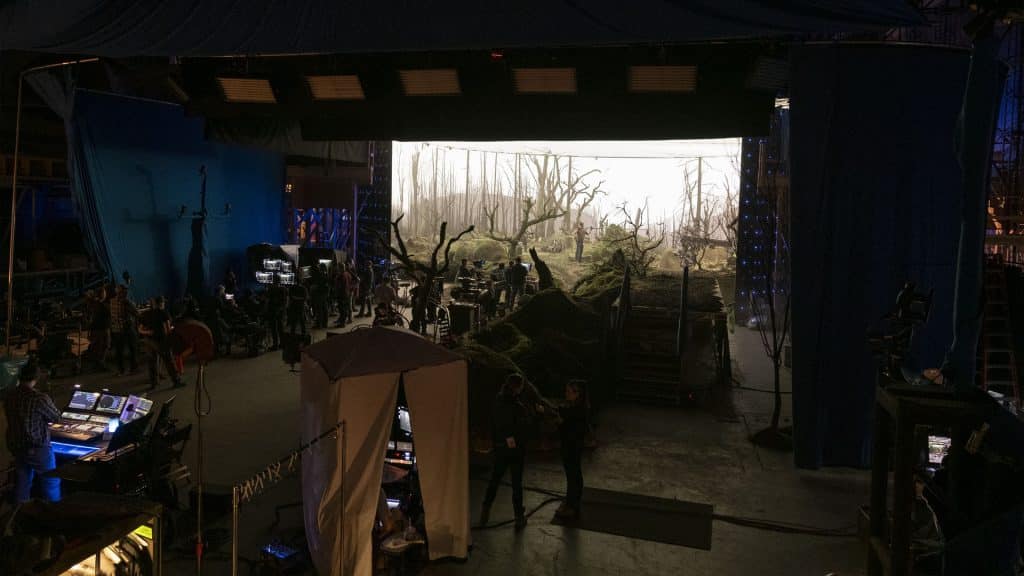 Disney’s Industrial Light & Magic has released a new video showcasing the StageCraft technology that is used on many Disney+ series including “The Mandalorian” and “Obi-Wan Kenobi”. The technology was also used on Marvel’s “Thor: Love & Thunder” and the upcoming Disney+ series, “Percy Jackson And The Olympians”.

For an actor, performing in one of ILM’s StageCraft LED volumes is not like working on a traditional film set with green screens. There’s no need to imagine the world around you, because it’s all right there in front of you.

Disney has 3 purpose-built StageCraft volumes located in the greater Los Angeles area and one in Vancouver British Columbia, plus it can build pop-up volumes anywhere its needed.