Kicking off on Thursday 21st July 2022, in front of the Hilton San Diego Bayfront, fans will have the chance to walk the halls of Abbott Elementary, earning their very own staff credentials via experiential set recreations. Channel your inner Principal Ava by striking a pose behind her official desk, or pay a visit to Janine’s classroom for the opportunity to contribute to real teachers in need through curated Scholastic ClassroomsCount™ wish lists. The “New Teacher Dis-Orientation” activation will also feature original art submitted by fans via the official “Abbott Elementary” Fan Art Contest, in addition to screenings of fan-favorite episodes, live performances and more. 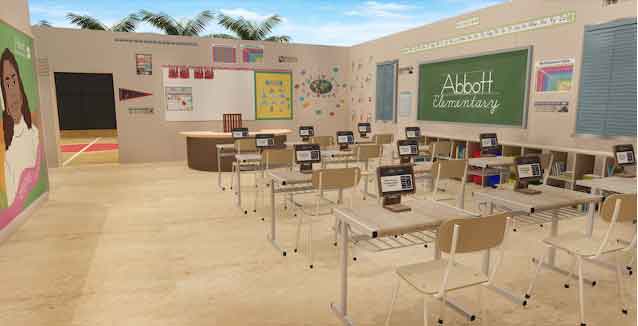 San Diego Comic-Con passholders are also invited to join the cast and executive producers for a LIVE screening and virtual panel discussion in the Indigo Ballroom on Thursday 21st July 2022 (1:30-2:30 p.m. PT).

The first season of “Abbott Elementary” is available to stream on Hulu.  The series is also released as a Star Original on Disney+ around the world.

Roger has been a Disney fan since he was a kid and this interest has grown over the years. He has visited Disney Parks around the globe and has a vast collection of Disney movies and collectibles. He is the owner of What's On Disney Plus & DisKingdom. Email: Roger@WhatsOnDisneyPlus.com Twitter: Twitter.com/RogPalmerUK Facebook: Facebook.com/rogpalmeruk
View all posts
Tags: abbott elementary, sdcc