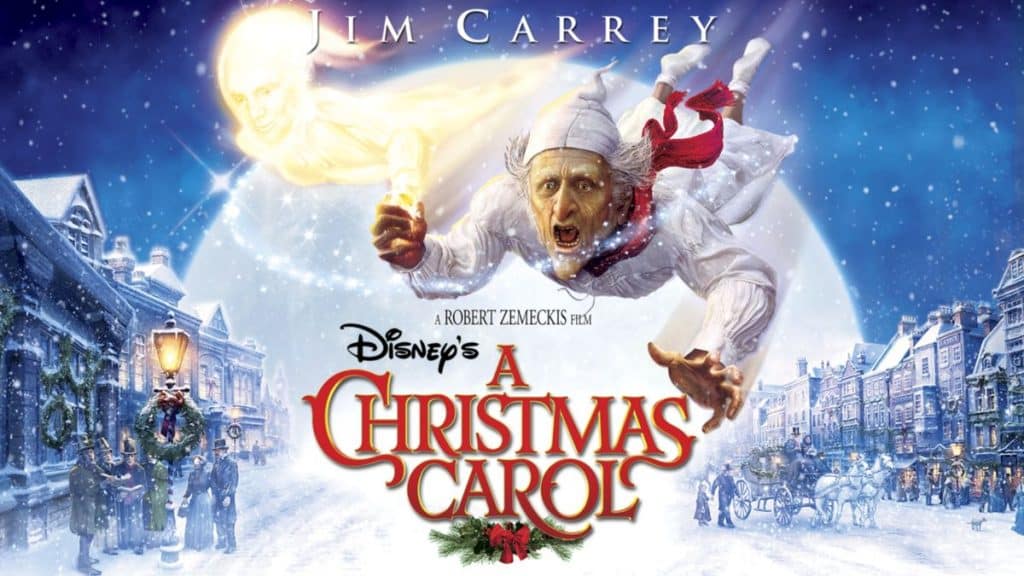 “Bah! Humbug!” Jim Carrey takes on another Christmas grouch as he voices Ebenezer Scrooge in Disney’s uniquely animated version of “A Christmas Carol.” This is Disney’s most recent take on the popular story written by Charles Dickens and this is… a movie.

“A Christmas Carol” is one of my favorite classic Christmas stories, but this is my least favorite version of all time. I had to watch this one is small chunks over a few days because it just wasn’t interesting. The story is all there. Everything should be as good as the other versions I’ve seen, but it’s missing something. And, I’m not sure what it is. It just doesn’t connect with me the way other versions do.

This is the second Christmas film I’ve seen starring Jim Carrey, following “How the Grinch Stole Christmas,” and I liked this one just as much as that one, which is to say, not at all. I loved Jim Carrey’s films in the 90s. “The Mask,” “Dumb and Dumber” and “Liar Liar” are still three of my favorite comedies. I still enjoy “Ace Ventura: Pet Detective,” “The Truman Show” and “Me, Myself and Irene.” But, I don’t like either of his Christmas films. I think it’s because they are based on classics that I’ve loved since I was a kid and I don’t enjoy his take on them. I know others do, and I would never begrudge your opinion, but they don’t work for me. I don’t hate either film, I just don’t like them.

However, I did enjoy how this film was animated. Ebenezer Scrooge really looks like an older version of Jim Carrey. The other characters look like the actors who play them. I like that. It gives the film its own identity. It’s easy to get lost in the pantheon of versions of “A Christmas Carol” and this one stands out because of its animation. The plots are always going to be the same, so each version must find its way of standing out. Other versions have Mickey and friends or the Muppets, this one has an amazing style of animation that I want to see used more often. I just wish it were used on a film I enjoyed.

Overall, I hope people enjoy this film more than I did. A lot of hard work went into it and it deserves to be appreciated. I’m not the audience for it though. I love the story of “A Christmas Carol.” I would just rather watch versions featuring Mickey Mouse, the Muppets or even Bill Murray.

What did you think of Disney’s “A Christmas Carol?”