Ahead of its launch on November 12th, Disney+ is currently going through an early trial in the Netherlands and today sees Captain Marvel as the first major addition to the new streaming platform.

Captain Marvel takes you on a spectacular adventure from the 1990s, tracing the path of Carol Danvers (Brie Larson) as she becomes one of the universe’s most powerful heroes. When a galactic war reaches Earth, she meets young agent Nick Fury (Samuel L. Jackson) at the center of a maelstrom, leading to her ultimate destiny as an Avenger!

Captain Marvel will be the first real test for Disney+ in the Netherlands, since it will result in more people viewing and downloading a single movie. Up till now, users will generally be watching content from across its library, rather than just 1 title in vast numbers. 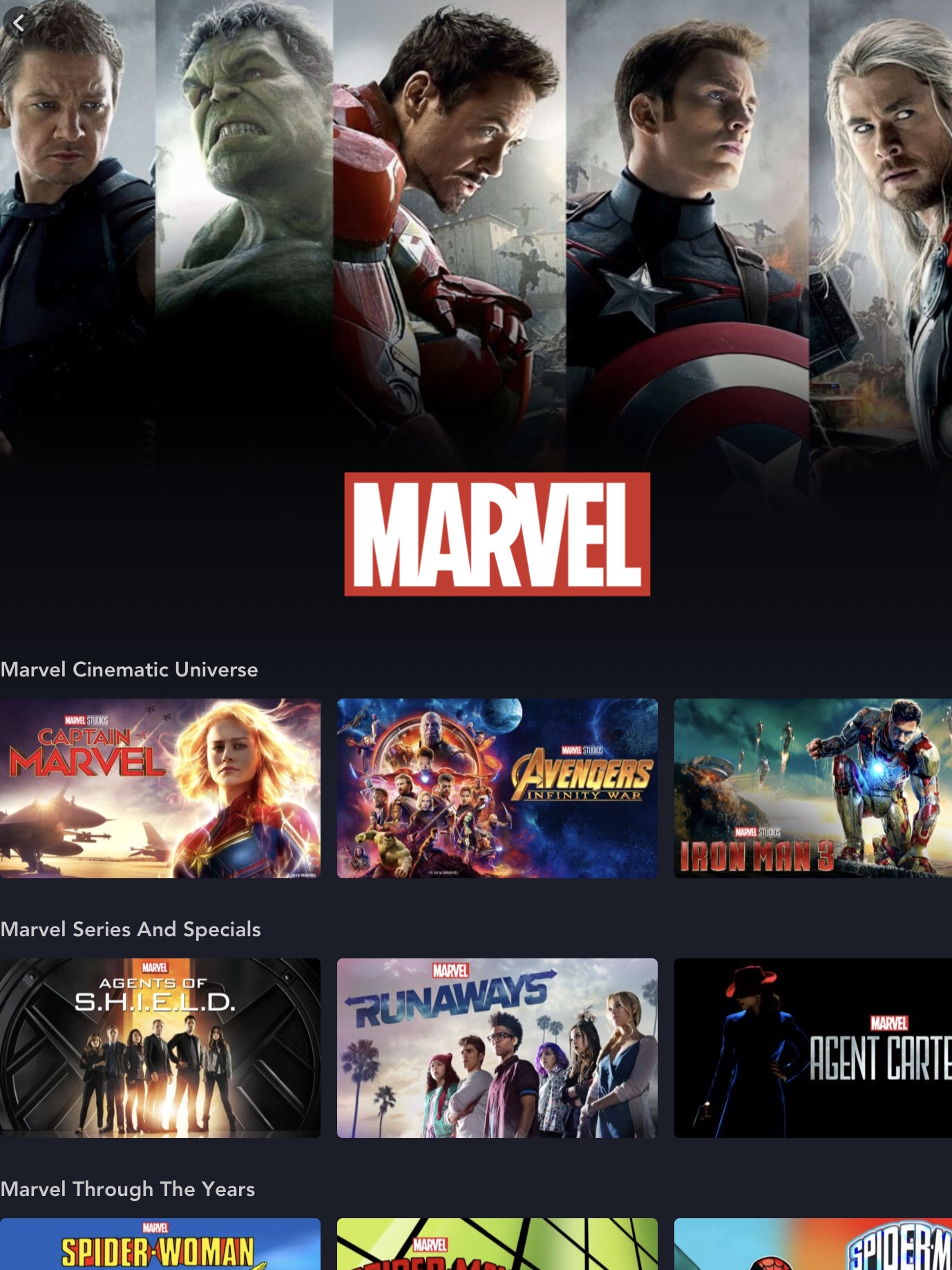 The movie comes with a selection of extras including a trailer, deleted scenes and other featurettes such as a look into the history of the Skrulls.  These extras were included on the recent home video Blu-Ray release, but its worth noting not all the extras from the home video version were available on Disney+.

Here is a look at the extras: 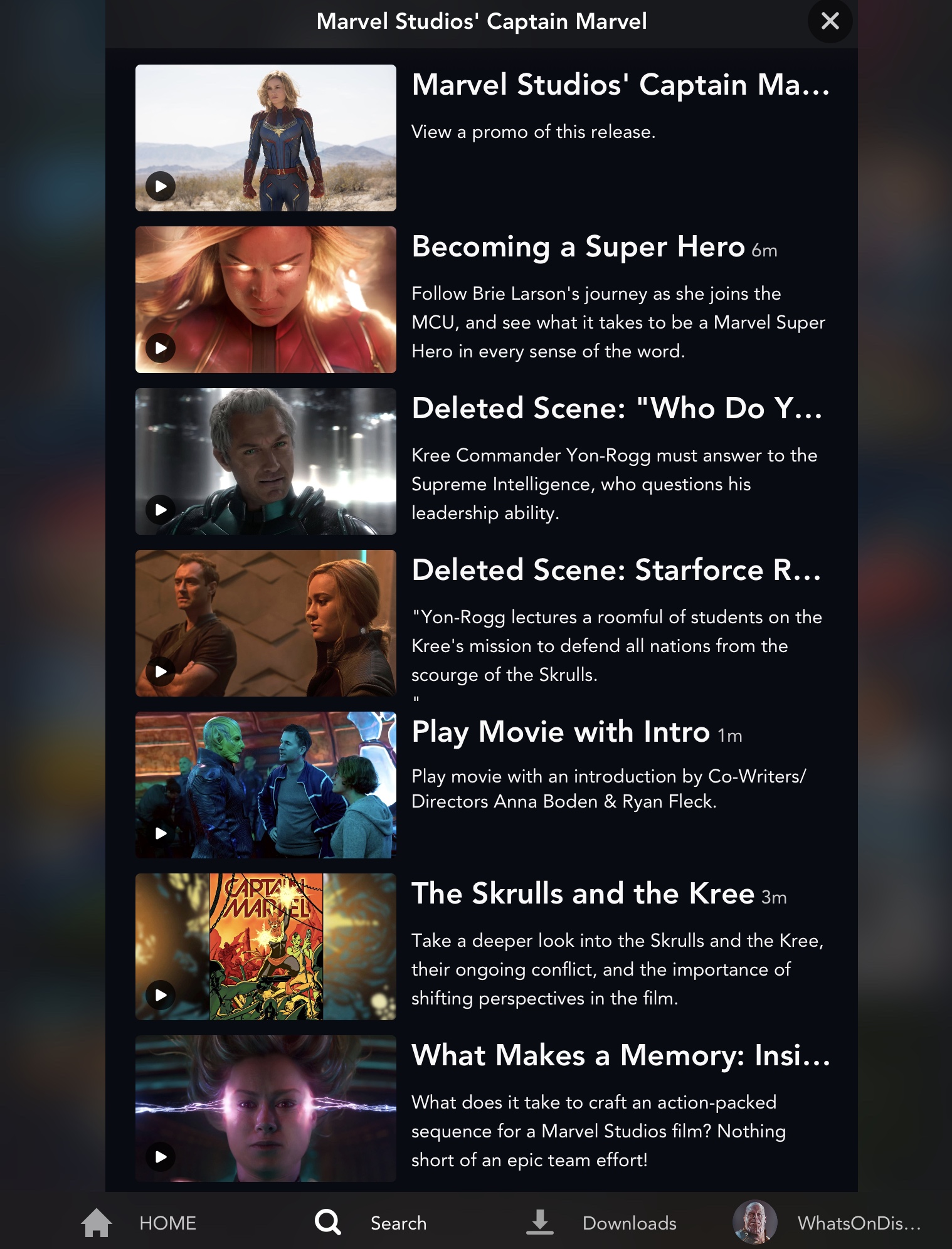 Here is a closer look at the details of the movie: 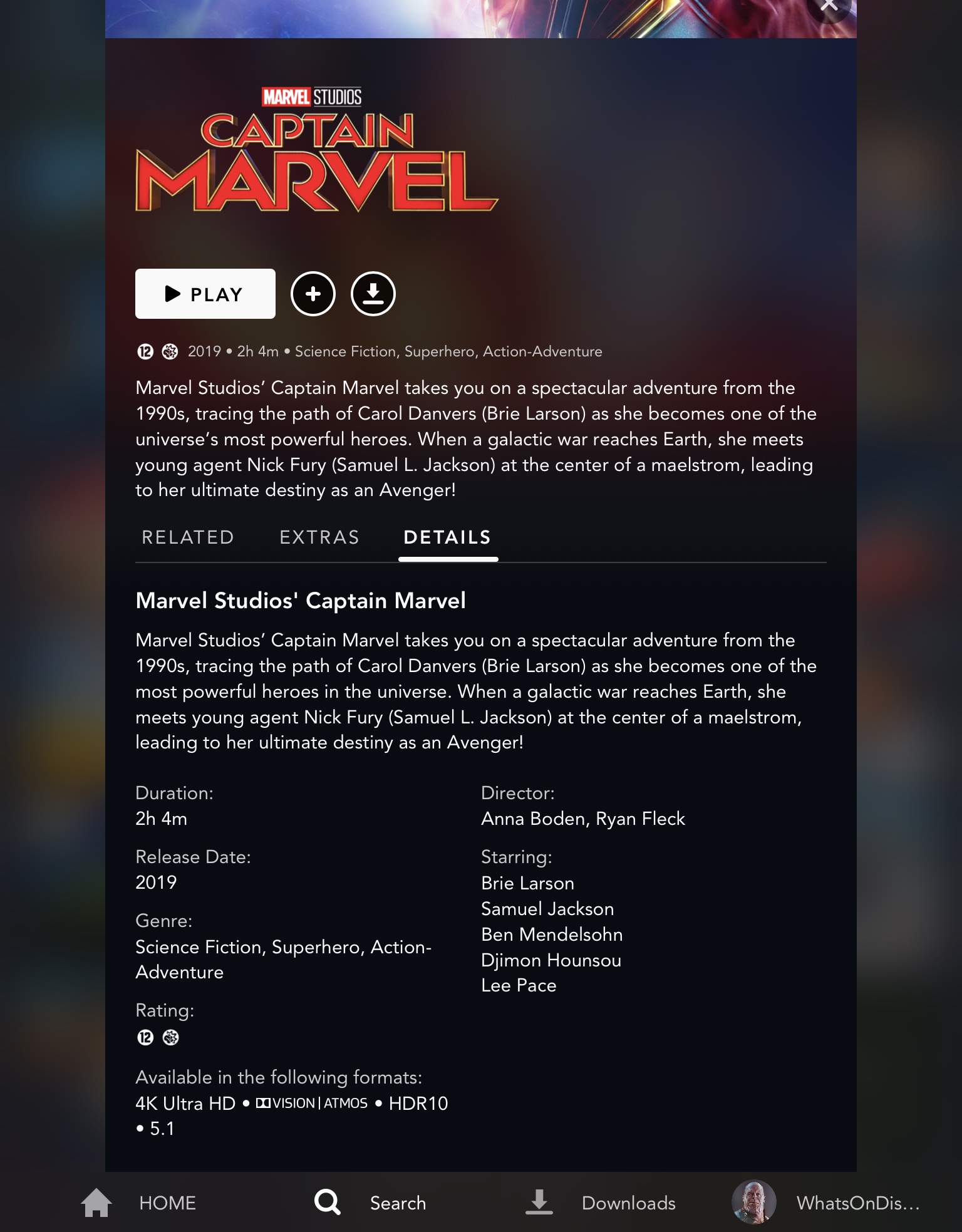 Captain Marvel will be available in the US when it launches on November 12th.

Are you looking forward to watching Captain Marvel on Disney+?

Roger has been a Disney fan since he was a kid and this interest has grown over the years. He has visited Disney Parks around the globe and has a vast collection of Disney movies and collectibles. He is the owner of What's On Disney Plus & DisKingdom. Email: Roger@WhatsOnDisneyPlus.com Twitter: Twitter.com/RogPalmerUK Facebook: Facebook.com/rogpalmeruk
View all posts
Tags: captain marvel, disney, Marvel