What's On Disney Plus > Blog > Brands > Star Wars > Under the Helmet: The Legacy of Boba Fett Review 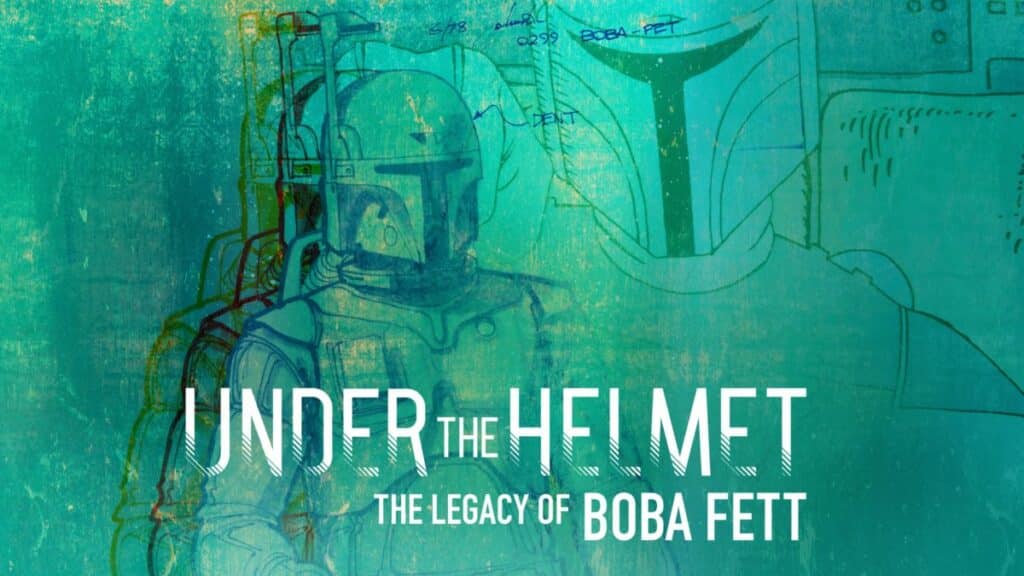 On this Disney+ Day, Disney and Lucasfilm give us an inside look at the history of Boba Fett from his humble beginnings to stealing the show in very little time during the original trilogy to prequel appearances in “Attack of the Clones” and “The Clone Wars” and finally sequel appearances in “The Mandalorian” and his own, upcoming Disney+ Original series, “The Book of Boba Fett.” “Under the Helmet: The Legacy of Boba Fett,” tells a great story in just 22 minutes of time.

The most compelling part of this special to me is the fact that Boba Fett became immensely popular despite only having four lines of dialogue in 6 minutes and 32 seconds of run time between “The Empire Strikes Back” and “Return of the Jedi.” While he might have been introduced in the Holiday Special, as well as getting a nice parade appearance out in California before the release of “The Empire Strikes Back,” he manages to steal the show in that appearance. He is easily the most popular “Star Wars” character to not be part of the Empire or the Rebel Alliance in the original trilogy. Yes, he works with the Empire as they have enlisted bounty hunters to help track down Han Solo, but it’s a job, he isn’t loyal to the Empire. It’s great seeing and hearing from some of the people who have taken on the mantle over the years. We get to see the first person to appear in the suit, even though he didn’t appear in any of the movies. We hear from the wife of Jeremy Bulloch; the man in the suit for “The Empire Strikes Back” and “Return of the Jedi,” as she recounts his experience walking out on the set for the first time and how the entire cast and crew were in awe of how he looked. We hear from Daniel Logan about his experiences playing young Boba Fett in “Attack of the Clones,” and how excited he was to return to voice the role in animated form in “The Clone Wars.” And, we get to see Temuera Morrison in the role in “The Mandalorian” and “The Book of Boba Fett,” as we remember his previous connection to the role having played Boba’s father, Jango Fett, in “Attack of the Clones.”

This is one of the greatest characters in science fiction history and he deserves his own show. He has been played to perfection by Jeremy Bulloch and Temuera Morrison. And, even though “Attack of the Clones” is my least favorite of the “Star Wars” films, Daniel Logan also does a solid job portraying a childhood version of Boba Fett. He has very little screen time compared to most of the “Star Wars” characters we remember, but he proves quality is more important than quantity as the actors, writers, and directors have found a way to make his scenes truly count.

What did you think of “Under the Helmet: The Legacy of Boba Fett?”

Jeremy has been a big Disney fan since he was a kid growing up during the Disney Renaissance. One day he hopes to go to every Disney Park in the world.
View all posts
Tags: disney, review, star wars, The Legacy of Boba Fett, Under the Helmet