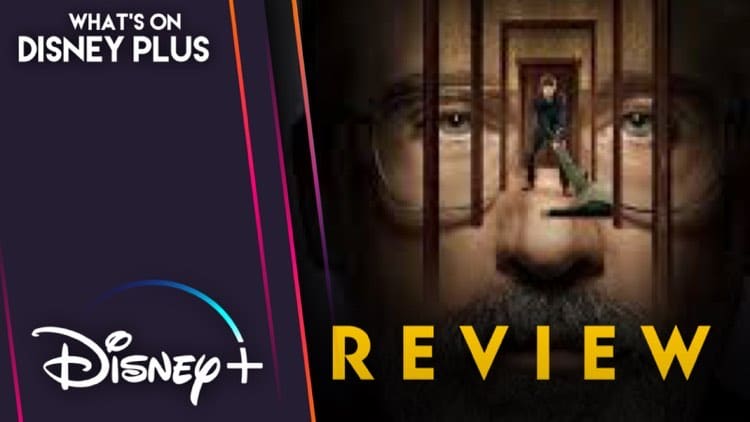 A therapist gets more than he bargained for when he takes on a new patient in the new series, “The Patient.” Steve Carell stars as Dr. Alan Strauss, a therapist who is trying to get his life back to normal following the death of his wife. He takes on a new patient who ends up kidnapping him because he doesn’t believe the office sessions are working. Dr. Strauss must now treat the patient while also being his prisoner. This series is available on Hulu in the United States and Disney+ in other countries.

This series is a suspenseful thriller. Almost nothing has happened through the first two episodes and I’m still on the edge of my seat. We get to see Dr. Strauss wake up to realize he’s been kidnapped and his struggle to come to terms with the fact one of his patients has kidnapped him. From there, he fights with the patient due to his justifiable anger but also starts treating him because he knows it may be the only way to escape. We also learn a lot about the patient who is a serial killer. The patient doesn’t want to be a serial killer, but he can’t resist his urges. It’s up to Dr. Strauss to get through to him before he kills again.

Steve Carell is a comedy legend thanks to his work in “The Office” and films like “The 40-Year-Old Virgin,” but in recent years he’s been showing his dramatic chops and proving he’s more than just a one trick pony. He does a great job of capturing the scared prisoner who doesn’t understand why he’s been kidnapped. In the flashback scenes, he perfectly encapsulates the grieving widower who just wishes he had his wife back. He carries the majority of the fist two episode and I have a feeling that will continue throughout the season.

While Carell is amazing, he’s not the only one delivering an impressive performance. Domhnall Gleeson stars as Sam, the patient who has kidnapped Dr. Strauss. He does an amazing job delivery Sam’s vulnerability as someone who recognizes that what he’s doing is wrong but isn’t sure how to stop it. He wants to stop and he kidnapped Dr. Strauss because he thinks Dr. Strauss has the best chance of helping him. Gleeson is an actor I’m familiar with thanks to “Harry Potter” and “Star Wars,” but he’s got some acting chops and they are on display here. This entire series could be just Carell and Gleeson and I would be captivated. I have a feeling we will be meeting more characters though.

I didn’t know what to think going into this series. Suspense thrillers can be hit or miss for me. When they hit, I’m hooked. When they miss, I can’t turn them off fast enough. This one hits for me. I can’t wait for episode three to drop next week.

What did you think of the first two episodes of “The Patient?”

Jeremy has been a big Disney fan since he was a kid growing up during the Disney Renaissance. One day he hopes to go to every Disney Park in the world.
View all posts
Tags: disney, fx, hulu, review, star, the patient