Disney have announced that former Netflix executive Tehmina Jaffer has been hired to help launch and run Disney+ as the senior vp business affairs for its direct-to-consumer and international segment.

In her new role, Tehmina Jaffer “will lead all aspects of business affairs strategy, policy and procedure for the Disney+ content and marketing team,” Disney said Monday.  As part of the role she will be working closing with ABC Television,

“Tehmina is an outstanding executive whose expertise and experience will provide tremendous value as we continue to ramp up our Disney+ original programming efforts.  Her insights into the evolving nature of deal-making in the streaming space are vital to our efforts. Tehmina is smart, innovative and hardworking, and I couldn’t be more excited to have her join us.”

“The opportunity to join Disney+ at such a pivotal time is incredibly exciting.  I’m thrilled to be joining Ricky and his dynamic team and look forward to helping launch and grow a business that is certain to entertain and inspire audiences around the world.” 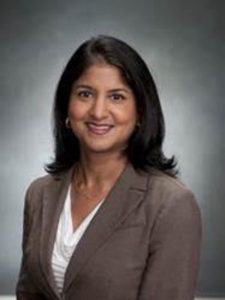 When she worked at Netflix, where she helped develop business strategies for Netflix Originals such as Narcos, 13 Reasons Why and Maniac.  She has also worked for NBCUniversal in VP Business Affairs and as a senior counsel at ABC Studios for Legal Affairs, which means she is a former Disney employee, so will be used to Disney’s system.