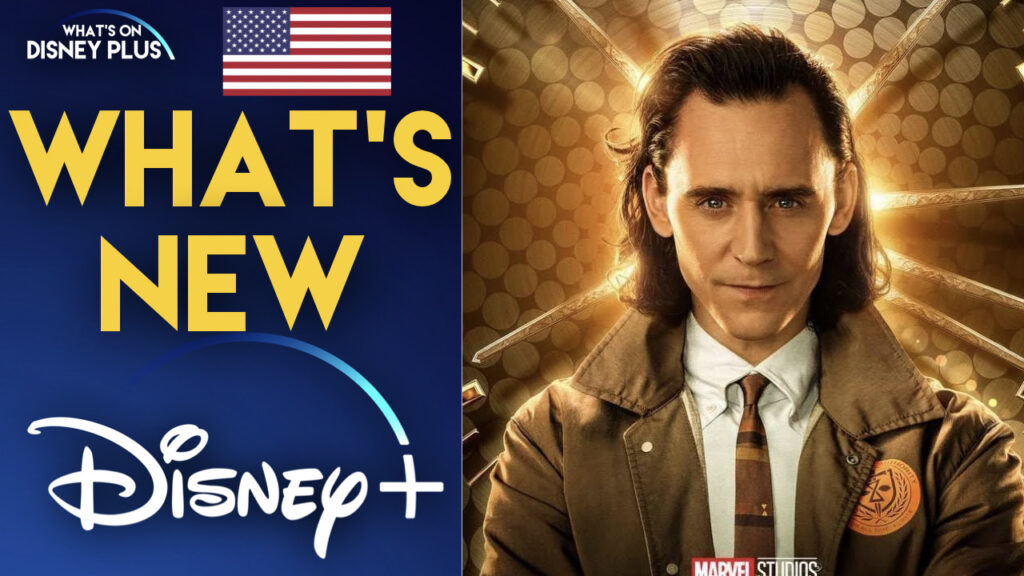 It’s Wednesday and that means it’s time for some content to arrive on Disney+ in the United States today. Today’s biggest new release is the finale of Marvel Studios “Loki”, along with another episode of “Monsters At Work”. Here’s the rundown: Loki – Episode 6 (Finale) Marvel Studios’ “Loki” features the God of Mischief as […] 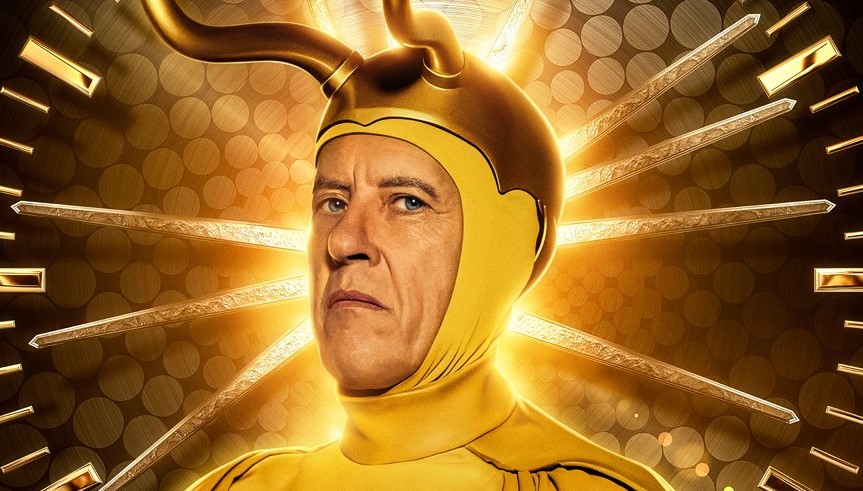 Disney has released five new character posters of the many variants from episode 5 of Marvel Studios “Loki” Disney+ series. The five posters highlight Classic Loki, Boastful Loki, Kid Loki, President Loki, and Alligator Loki, all of which appeared in the last episode of “Loki”. “Loki” stars Tom Hiddleston as the Trickster and is joined […]

Nielsen has announced its top 10 streaming charts for the week of 7th June through to 13th June 2021 for the United States. There are three different charts, Top 10 Originals, Acquired Shows and Movies. During this week, Disney released the first episode of Marvel’s “Loki”, which also debuted on a Wednesday, which means it […] 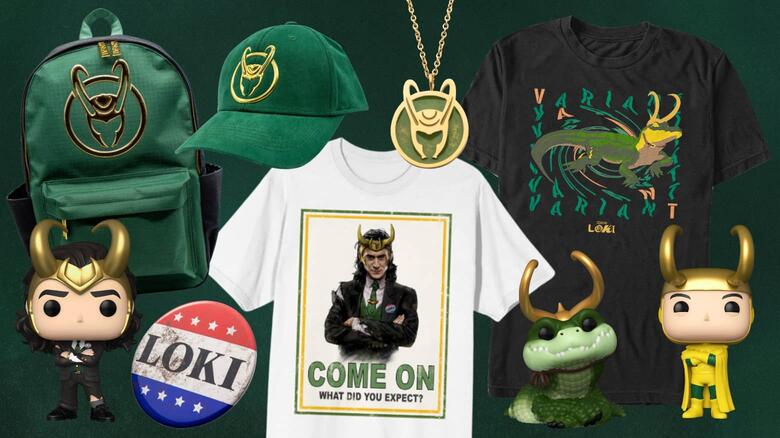 Disney has announced a new wave of merchandise from the fifth episode of Marvel Studios “Loki”, which was released on Disney+ on Wednesday. These reveals are part of the “Marvel Must Have” weekly announcements, which are running all year long. The new “Loki” merchandise includes lots of different characters from the series including multiple Loki […] 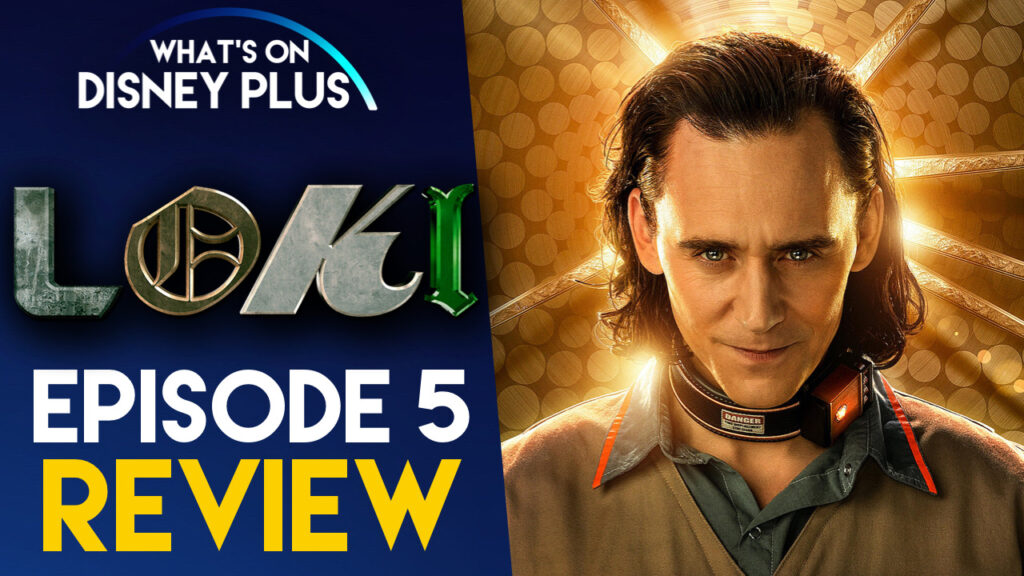 In the penultimate episode of Marvel Studios “Loki”, we last saw the god of mischief waking up in a strange apocalyptic world after being pruned by the TVA minutemen, looking straight up at a collection of Loki variants, including an alligator! SPOILERS AHEAD And if you thought it couldn’t get any weirder, you’d be wrong […] 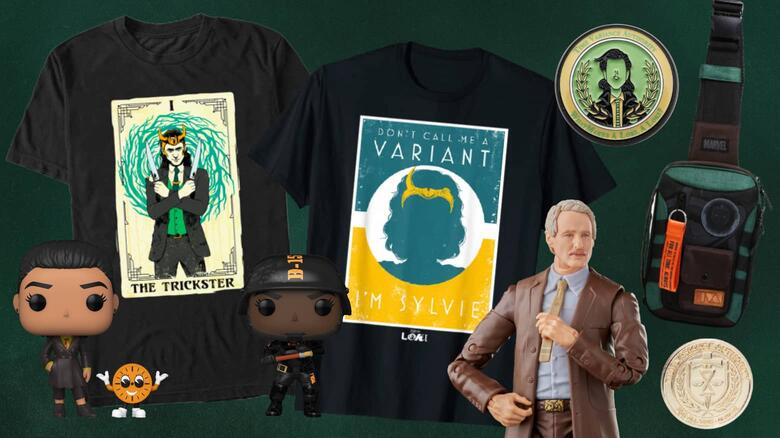 Disney has announced a new wave of merchandise from the fourth episode of Marvel Studios “Loki”, which was released on Disney+ on Wednesday.  These reveals are part of the “Marvel Must Have” weekly announcements, which are running all year long. The new “Loki” merchandise includes lots of different characters from the series including Loki, Sylvie, […]

Hollywood Records has released the first soundtrack album of Marvel Studios’ Disney+ original series Loki. The album has been released on digital platforms including Amazon and Spotify. The soundtrack features the original score from the first three episodes of the Marvel Series, that have been composed by Natalie Holt, who has previously composed music on […] 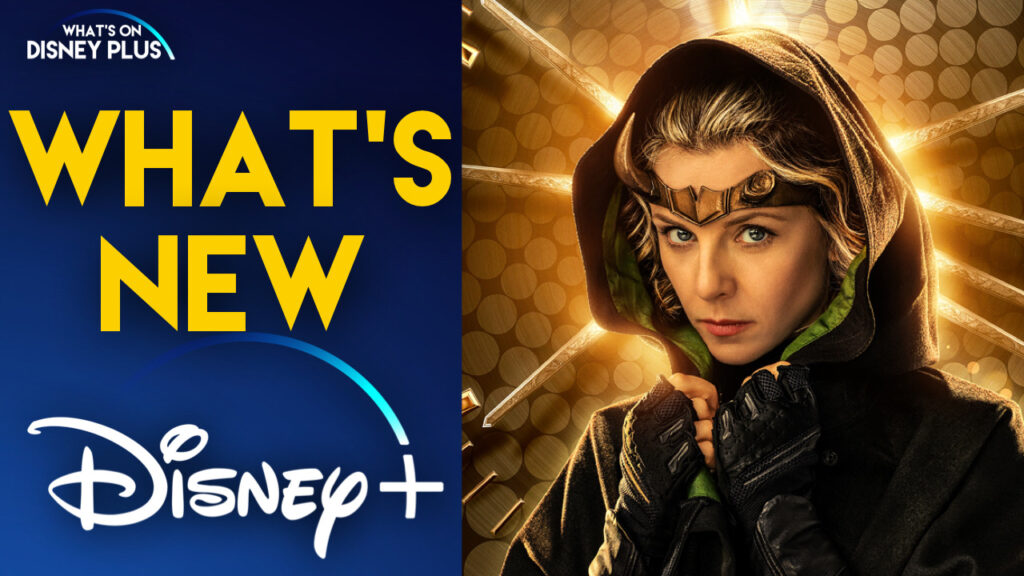 It’s Wednesday and time to take a look at what’s been added to Disney+ today.  With Disney starting to split its weekly releases onto multiple days, today Disney has released the fourth episode of the Marvel Studios. In Marvel Studios’ “Loki”, we follow the God of Mischief as he steps out of his brother’s shadow […]

Disney has released a new character poster for the Marvel Studios Disney+ series “Loki”, featuring the three Time Keepers Check out the poster below: Marvel Studios’ “Loki” features the God of Mischief as he steps out of his brother’s shadow in a new Disney+ series that takes place after the events of “Avengers: Endgame.” Tom […] 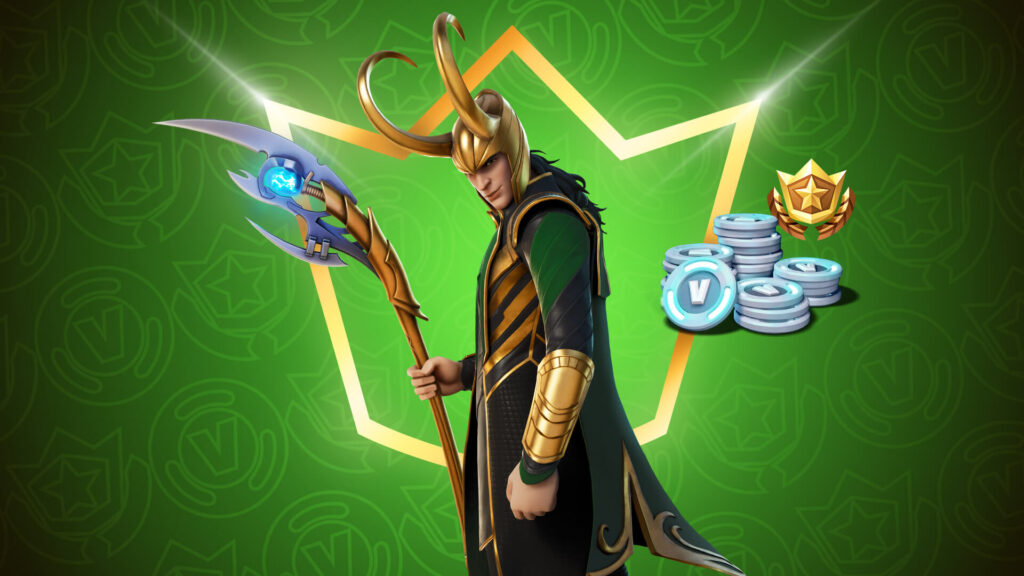 Last week, Epic Games announced that Loki would be coming to the smash-hit video game “Fortnite” in July, to tie in with the release of Marvel Studios “Loki” series on Disney+. Today, Epic Games has revealed a first look at what Loki looks like in the game, along with more details of how to get […] 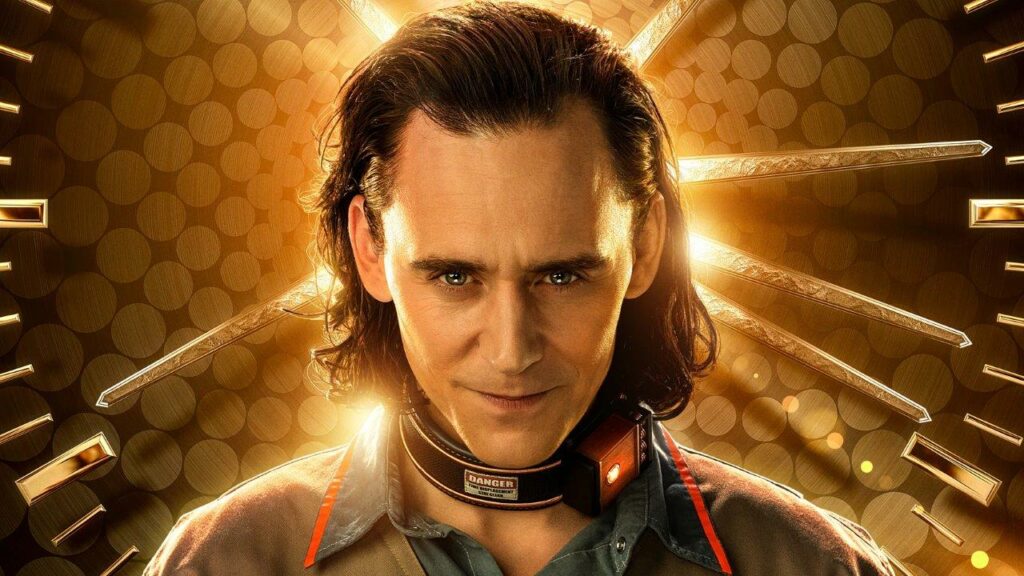 Disney has released a new mid-season sneak peek for Marvel Studios’ “Loki”.  The first three episodes are available on Disney+ now, with new episodes streaming every Wednesday through the finale on Wednesday 14th July. In this new trailer, we see what’s happened already so far and a few glimpses of what happens next. Check out […] 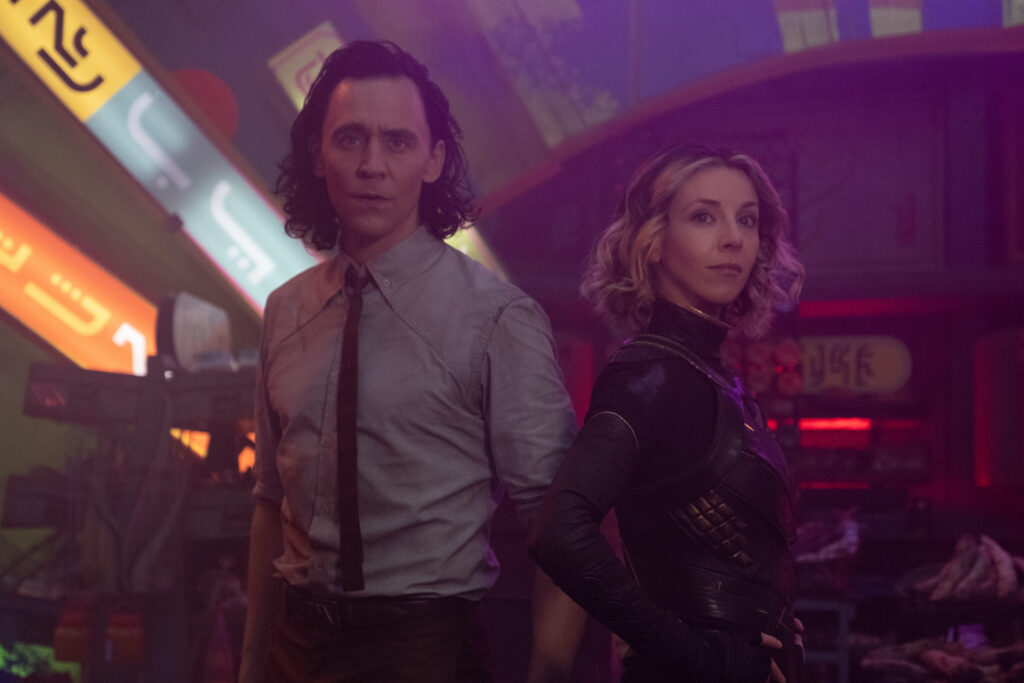 Hot Toys has announced they are burdened with glorious purpose as they’ve got a new line of collectable sixth scale action figures featuring characters from the new Disney+ series, “Loki”. An image has been released that is teasing that there will be a Loki in his Time Variance Authority agent attire figure, along with another […] 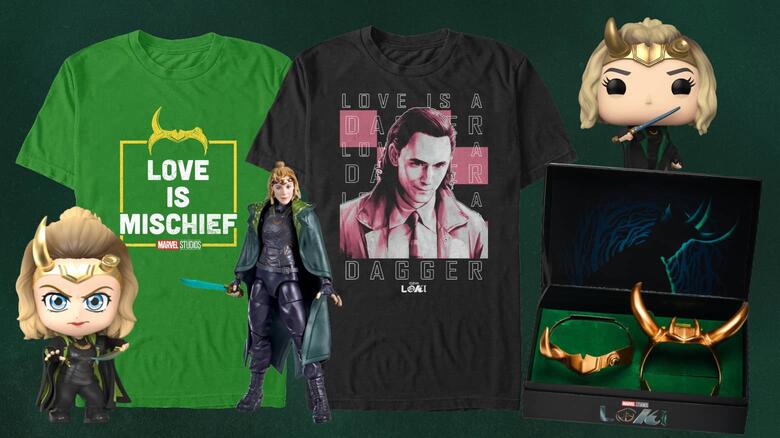 Disney has announced a new wave of merchandise from the third episode of Marvel Studios “Loki”, which was released on Disney+ on Wednesday.  These reveals are part of the “Marvel Must Have” weekly announcements. The new “Loki” merchandise includes the Loki variant Sylvie including T-Shirts, tumblers, action figures, dresses and much more.  The new products […] 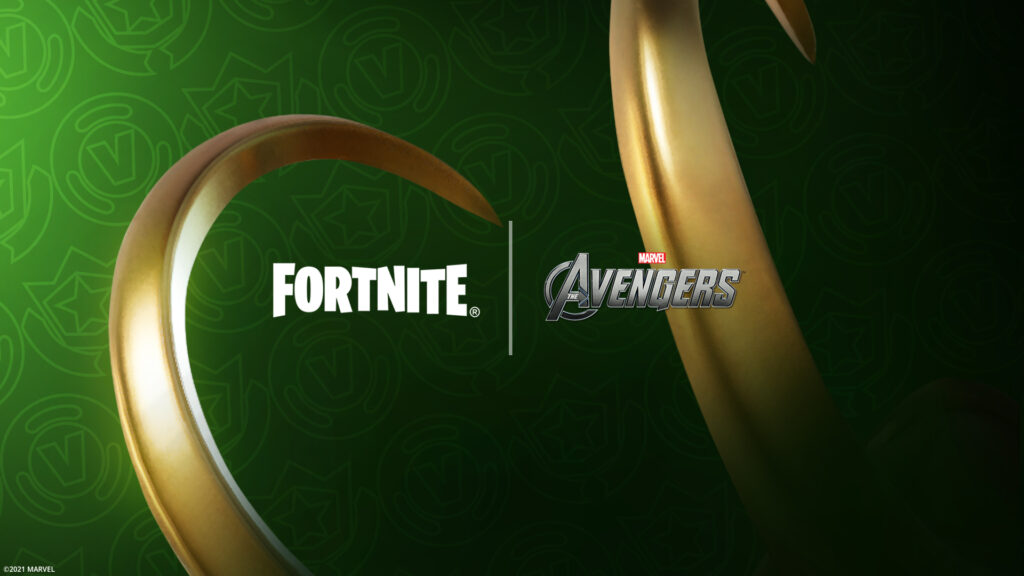 Recently it was teased that the Fortnite video game would be getting a tie in with the smash hit Disney+ series “Loki” and today, Epic Games has announced that a playable Loki skin will be available as part of July’s Fortnite Crew. An official picture of the upcoming skin has not yet been released, however, […] 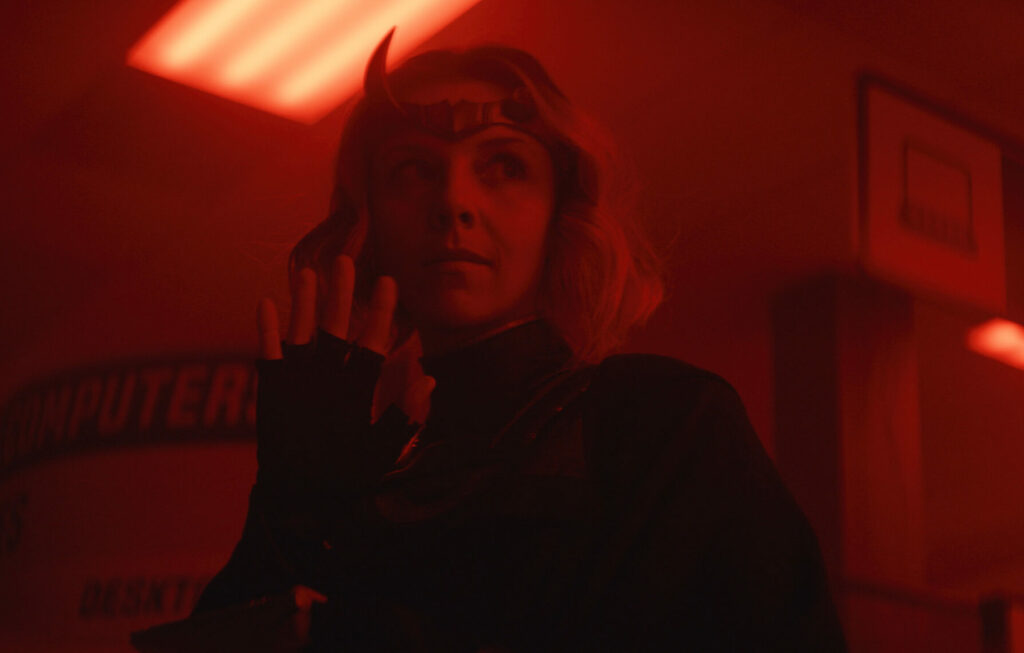 Funko has announced a new Pop Vinyl featuring the Loki Variant Sylvie from the Marvel Studios “Loki” Disney+ series.  This new Pop Vinyl will be released in August and can be pre-ordered from retailers including Entertainment Earth. Here’s a look at these new Sylvie Funko Pop Vinyls: There is also a variant version of the […]