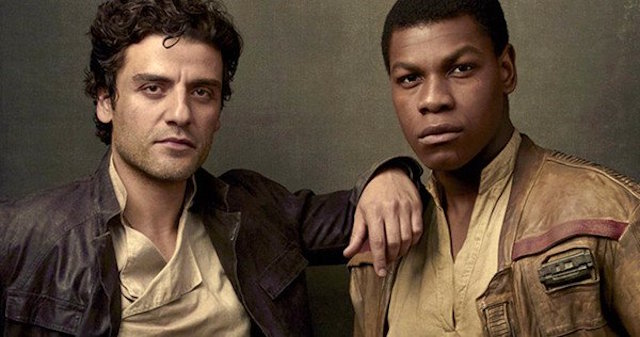 There have been plenty of rumored Marvel series for Disney+ in recent months and now its the turn of Star Wars characters as “We Got This Covered”, claims that Lucasfilm is planning to give the four characters their own series on the new streaming platform.

The four characters rumored to have new series include two based on Finn and Poe from the newest trilogy and two series based on characters from Solo: A Star Wars Story, Qi’Ra and Lando.

These series are apparently in the very early development and its unclear if the actors who have played these characters will be returning for the series.

Disney already have two Star Wars series in development, a Rogue One spinoff Captain Cassian Andor, and The Mandalorian.

My Take: These latest rumors should be taken with a large pinch of salt since almost every Marvel character has been discussed as possible future shows and it seems like Star Wars characters are the next in line for gossip.

While Solo: A Star Wars Story wasn’t a big hit at the box office, a spin off series featuring Lando or Qi’Ra doesn’t sound too much of a stretch.  And if they included the young Han Solo and Darth Maul, it could be a huge hit for Disney+.

Carrying on the stories of Finn and Poe would be another draw for Disney+ subscribers and we’ve already seen Poe in the animated Resistance show.

And if this rumor is true, it might be years before we see all of these shows on Disney+.

What do you think of these new Star Wars spinoff show rumors?