This past week, Percy Jackson & Olympians: The Lightning Thief was added to Disney+ in the United States, however the character creator, Rick Riordan has been very vocal on social media about how much he hates the movie versions, which were made by 20th Century Fox.

I still have not seen the movies, and don’t plan on ever doing so. I judge them from having read the scripts, because I care most about the story. I certainly have nothing against the very talented actors. Not their fault. I’m just sorry they got dragged into that mess.

When asked about a censoring a scene in the movie on Disney+, he replied:

I don’t know, but clearly it’s a mistake. They should censor the entire thing. Just two hours of blank screen.

One good thing for fans of the books, is that in the upcoming Disney+ series based on the Percy Jackson books, Rick is going to fix the problems the movies had.

Well, to you guys, it’s a couple hours entertainment. To me, it’s my life’s work going through a meat grinder when I pleaded with them not to do it. So yeah. But it’s fine. All fine. We’re gonna fix it soon . . .

Very little is known about the upcoming Disney+ Percy Jackson, other than each season is going to focus on the events of one book and will be much more closer to original novels, with the creator involved in making it.  It might be a while before we get to see the new show as currently Rick is writing the scripts. 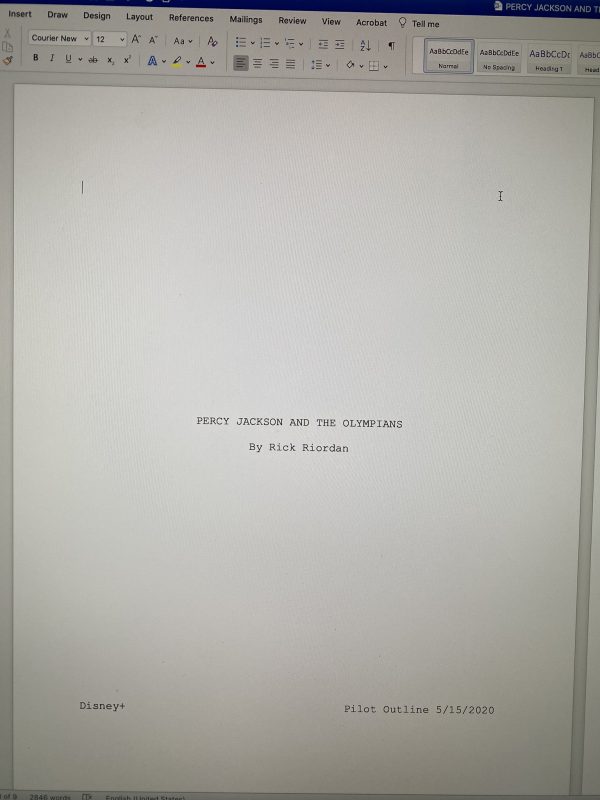 Are you looking forward to the new Percy Jackson Disney+ series?