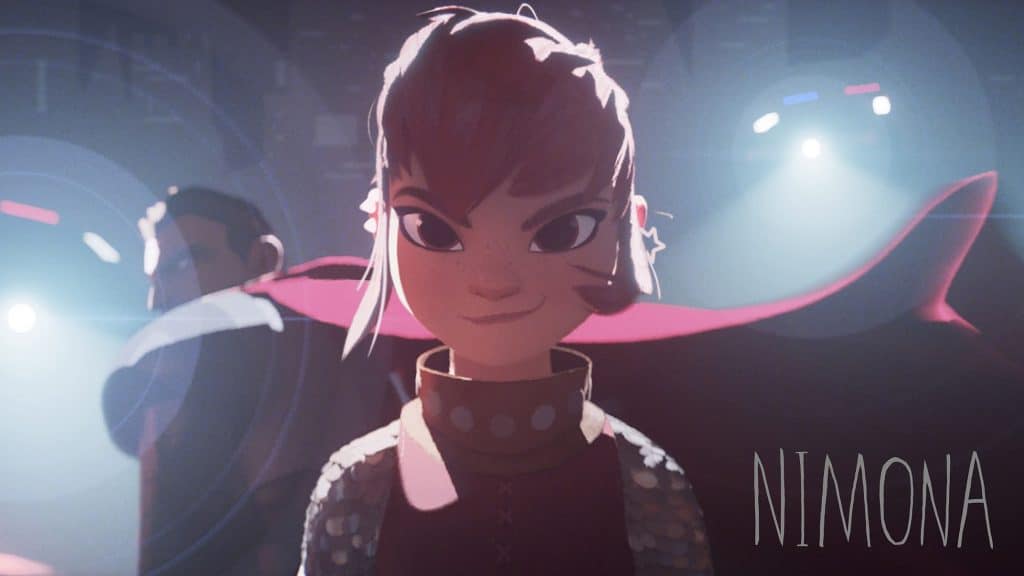 When the Walt Disney Company purchased 20th Century Fox a few years ago, one of the projects that got cancelled, was the animated film, “Nimona”.

20th Century Fox acquired the rights to turn the popular graphic novel into a film in 2015.   With Blue Sky Studios and Annapurna Pictures, creating the film and bringing in Patrick Osborne to direct the movie. Chloë Grace Moretz and Riz Ahmed joined the project to provide the main characters’ voices. 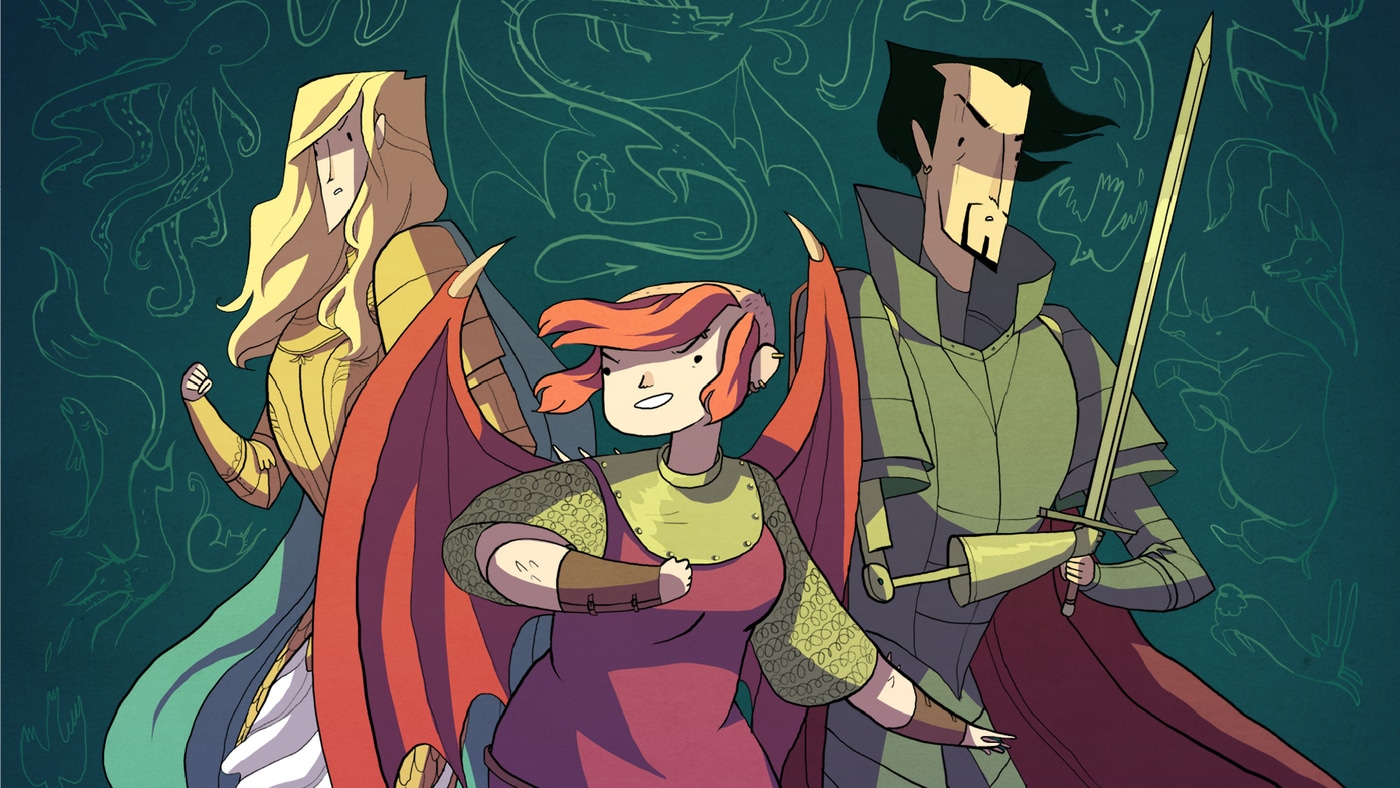 Originally the film was going to be released in early 2020, but it was delayed multiple times following the purchase by Disney.   Then in early 2021, Disney closed down Blue Sky Studios, with “Nimona” being cancelled and moving some of the projects like the upcoming “Scrat Tales”, over to Disney.  There were also reports that the project was being sold around to other studios to see if the project could carry on.

Before Disney cancelled the project, apparently, over 75% of the film had already been animated, and it was going to be Blue Sky’s first film with LGBT representation.  During the recent situation with Disney, it was revealed by some former Blue Sky Studios staff that the film received pushback from Disney leadership, since the film centred around the film’s LGBT themes and featured a same-sex kiss.

Today, Netflix and Annapurna Pictures announced that the film will now release the movie in 2023.

Nimona is coming to Netflix!  In a future medieval land, shapeshifter Nimona @ChloeGMoretz bursts into the lives of heroic knights @rizwanahmed + @EugeneLeeYang and blows up everything they believe in. An epic animated film adapted from the groundbreaking comic by @Gingerhazing

Netflix has released a synopsis for the film:

A Knight is framed for a crime he didn’t commit, and the only person who can help him prove his innocence is Nimona, a shape-shifting teen who might also be a monster he’s sworn to kill. Set in a techno-medieval world unlike anything animation has tackled before, this is a story about the labels we assign to people and the shapeshifter who refuses to be defined by anyone.

This certainly is good news that the film will eventually be released, especially for all those who had worked on the project.   Though it’s a shame, Disney didn’t continue the project and release it on Disney+.

Production apparently started early last year on the project, shortly after Disney cancelled the project at Blue Sky Studios.  It isn’t clear if the Netflix film will include any of the animation Blue Sky Studios, though many of the talent working on the Blue Sky Studios version are also working on the Netflix version, including “Spies in Disguise” directors Nick Bruno and Troy Quane.   Producing the film are Roy Lee, Karen Ryan and Julie Zackary, with Robert L. Baird, Megan Ellison, and Andrew Millstein executive producing the animated film.

The animation is being created by the London studio, DNEG, which also worked on “Ron’s Gone Wrong”.

What do you think of “Nimona” finally getting released?

Roger has been a Disney fan since he was a kid and this interest has grown over the years. He has visited Disney Parks around the globe and has a vast collection of Disney movies and collectibles. He is the owner of What's On Disney Plus & DisKingdom. Email: Roger@WhatsOnDisneyPlus.com Twitter: Twitter.com/RogPalmerUK Facebook: Facebook.com/rogpalmeruk
View all posts
Tags: nimona