While we have a while to wait until Disney+ launches, Disney’s other streaming service, Hulu, has been trying to work out ways of reducing costs, following recent announcements of how much Hulu is costing Disney.

Recently Hulu Announced it was reducing the cost of its lowest subscription package to encourage more subscribers and now its rolling out a new advertising format, the pause button!  When a user pauses a video, a static advert appears on screen.  Hulu call this a non-intrusive, viewer-initiated ad experience that is both delighting to viewers and effective for brands.

Currently Hulu is running adverts for Cola-Cola and Charmin as part of this beta test. Hulu expects to introduce this new format in Q2 2019 for select content within the Hulu streaming library.

Hulu have been conducting extensive user testing before rolling out this new feature, they’ve found during their research for the pause ad that consumers generally preferred ads that were subtle and non-intrusive, and that extensive audio and video when pausing was considered disruptive. These insights led Hulu to take their current approach to pause ads, and the research so far has shown a positive response from viewers. 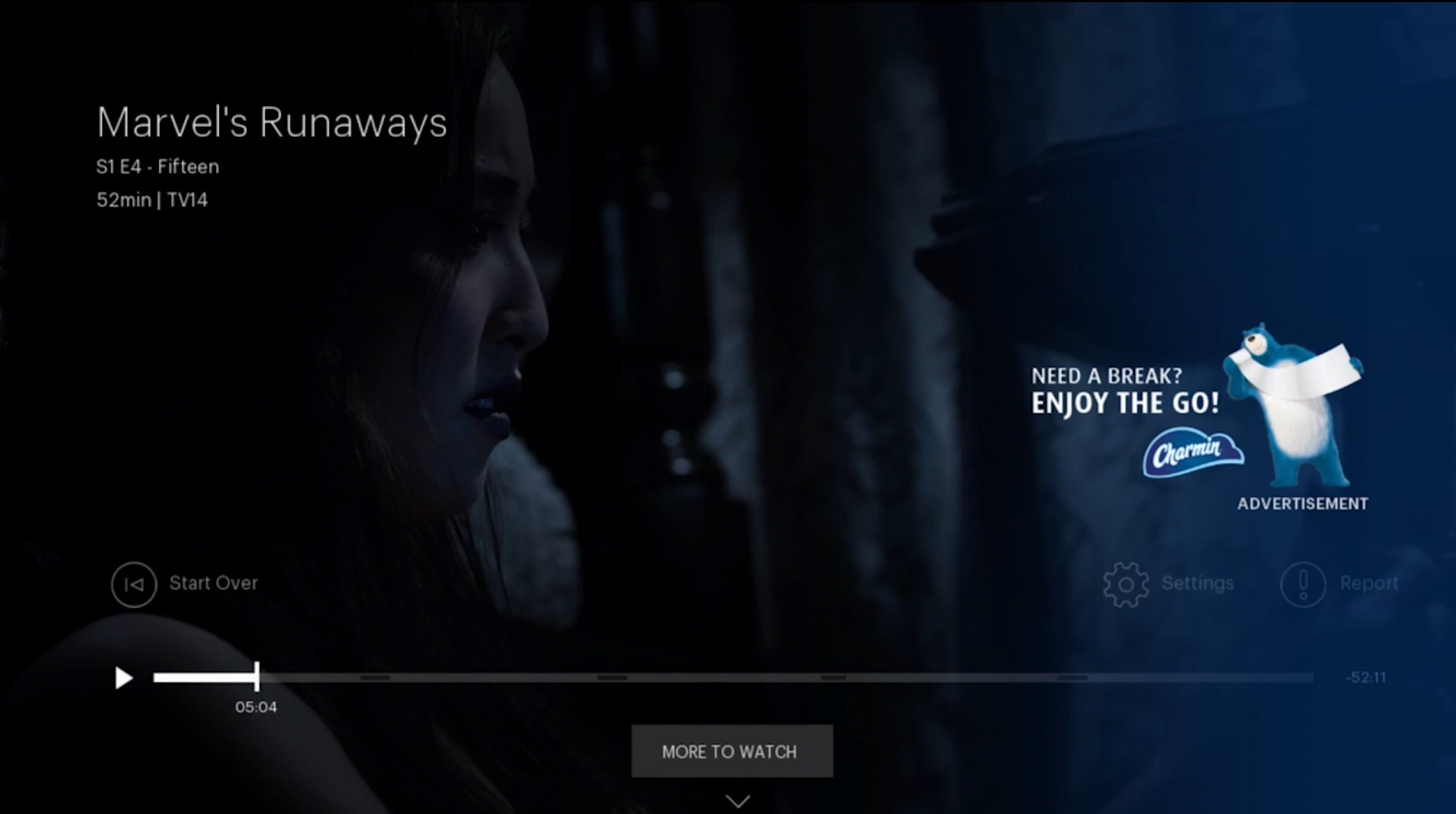 With Hulu’s new pause ads, advertisers no longer need to interrupt the storytelling experience to get their message in front of the viewer. The pause ad takes advantage of the natural behavior exhibited in streaming TV viewing today. It is non-disruptive and viewer-initiated, and appears when a viewer pauses the content they’re watching. This high-impact ad execution currently consists of two elements – ad creative supported by contextually relevant messaging along with a background gradient to distinguish the ad from the content scene.

This new advertising option looks to be a good revenue stream for Disney and should it prove to be successful, it wouldn’t be a surprise if this is rolled out to ESPN+ and Disney+.  Disney haven’t yet announced many details on how advertising will be included in their new streaming service, but have been readjusting their internal teams to make advertising easier for the company.

What do you think of Disney+ including pause ads?