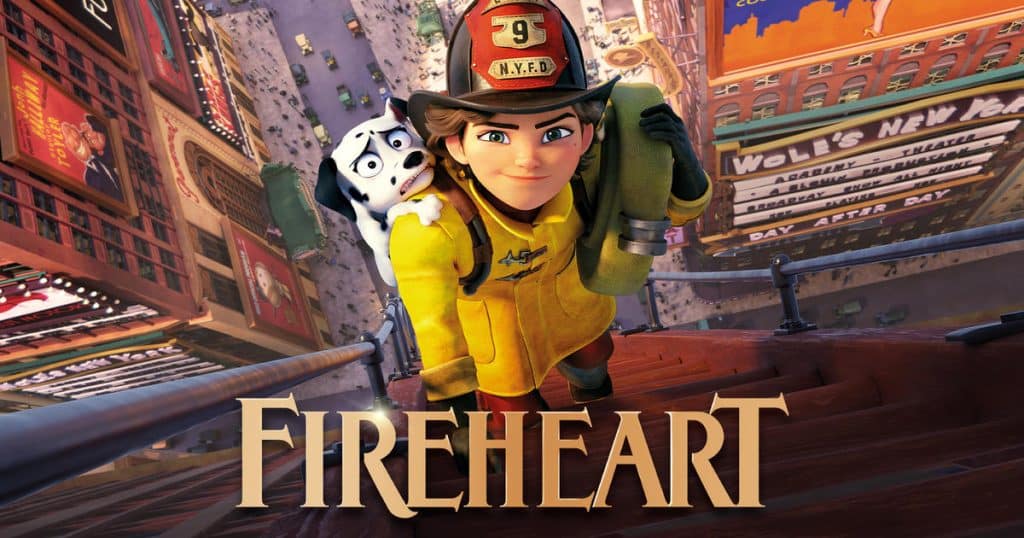 Disney has acquired the US distribution rights to the animated film, “Fireheart,” which is available on Hulu now.

The film is set in New York in the roaring twenties, the film follows a fearless 16 year-old girl, Georgia Nolan (Cooke), who dreams of being the world’s first ever female firefighter. When a mysterious arsonist starts burning down Broadway, New York’s firemen begin vanishing. Georgia’s father, Shawn (Branagh), is called out of retirement by the Mayor of New York to lead the investigation into the disappearances. Desperate to help her father and save her city, Georgia disguises herself as a young man called Joe and joins a small group of misfit firefighters trying to stop the arsonist.

“Firehart” was picked up by eOne in Australia, the UK, Germany, Spain, and Canada.  The film is currently available to watch in cinemas.  The film has been sold to numerous distributors internationally.

Are you going to be checking out “Firehart” on Hulu?

Roger has been a Disney fan since he was a kid and this interest has grown over the years. He has visited Disney Parks around the globe and has a vast collection of Disney movies and collectibles. He is the owner of What's On Disney Plus & DisKingdom. Email: Roger@WhatsOnDisneyPlus.com Twitter: Twitter.com/RogPalmerUK Facebook: Facebook.com/rogpalmeruk
View all posts
Tags: fireheart