What's On Disney Plus > Blog > Brands > Marvel > How Does Avengers: Endgame Effect The Disney+ Loki Series? 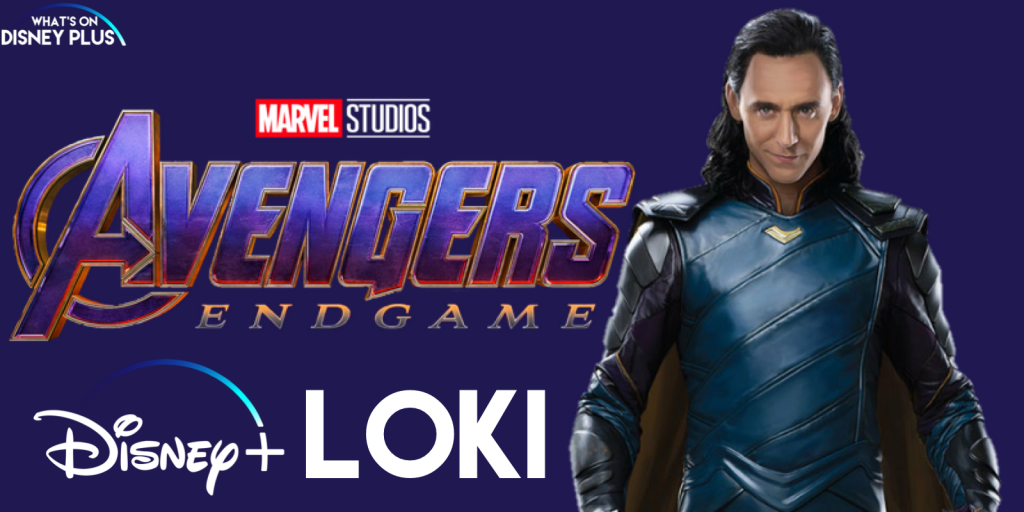 Back in November 2019, Disney CEO Bog Iger announced during an investor call, that Marvel is working on a new Loki series starring Tom Hiddleston, would be coming to Disney+.

After the events of Avengers: Infinity War, which saw Thanos kill Loki, fans have been speculating about the upcoming series, which had been rumored to see Loki either as a reincarnated child version or as flashbacks to his earlier adventures.

With Avengers: Endgame now out in cinemas, I wanted to share my thoughts on how the movie might have changed things.

Loki’s screen time in Endgame, is pretty limited, coming in under 3 minutes.  The majority of his scenes just being re-enactments of key scenes from the original Avengers movie, when Iron Man, Ant-Man, Captain America and the Hulk go back in time to steal the Infinity Stones.

There is one key point in the scene where Loki is being escorted away after his capture, where the Hulk knocks the Tony Stark disguised as security guard over, allowing Loki to grab the Tesseract and escape by teleporting away.  This one change in the past could completely change what happens to Loki in the new time line. While Thor and Hulk will remember Loki dying in Infinity War, the new time line might have changed things.  And since Marvel’s time travelling rules are different to the ones we’ve become used to in classics like Back To The Future, The Terminator and Hot Tub Time Machine, things have changed.

Captain America travelled back in time to put Thor’s Hammer and the Infinity Stones back in their original locations, he wouldn’t have been able to fix Loki’s escape.  Especially as Loki is never mentioned again throughout the movie.

Which helps set up a new Disney+ exclusive show, as the series could pick straight up from that moment, since a new alternative timeline exists with Loki escaping.

And fans will no doubt have many more ideas of what all the time jumping has done to the MCU timeline, since there are many issues that need to be answered, but Loki escaping the Battle Of New York, was easily the biggest change caused in the past. This is all just mere speculation, but it’s a big plot hole which opens the Loki series up to explore.

How you think Endgame sets up the new Loki series?

Roger has been a Disney fan since he was a kid and this interest has grown over the years. He has visited Disney Parks around the globe and has a vast collection of Disney movies and collectibles. He is the owner of What's On Disney Plus & DisKingdom. Email: Roger@WhatsOnDisneyPlus.com Twitter: Twitter.com/RogPalmerUK Facebook: Facebook.com/rogpalmeruk
View all posts
Tags: endgame, loki, Marvel