Star is a new general entertainment content brand from The Walt Disney Company to be included in the Disney+ streaming service in select markets outside the U.S including Canada, Australia, New Zealand. Singapore and Europe.

Star will be launching as a separate streaming service in Latin America as Star+.

The Star brand serves as home to thousands of hours of movies and television from Disney’s creative studios, including Disney Television Studios, FX, 20th Century Studios, 20th Television, Touchstone, and more, enhanced by the addition of local programming from the regions. From comedies to dramas and thrillers, Star offers a range of titles for everyone and every mood. Star will also deliver brand-new originals from Disney’s General Entertainment studios in International markets, with over 35 first-run series set to premiere by the end of the first year.

Disney+, the exclusive streaming home for Disney, Pixar, Marvel, Star Wars, National Geographic, and The Simpsons, adds even more content with the addition of the Star brand. Fully integrated into Disney+ in select markets outside the U.S., Star launches as a sixth brand tile with its own dedicated brand page featuring a robust collection of general entertainment movies, television, documentaries, and more, along with Star-branded new exclusive originals and local productions being created for the service. In Continental Europe, for example, Star will offer approximately 50 local originals each year, by FY24. 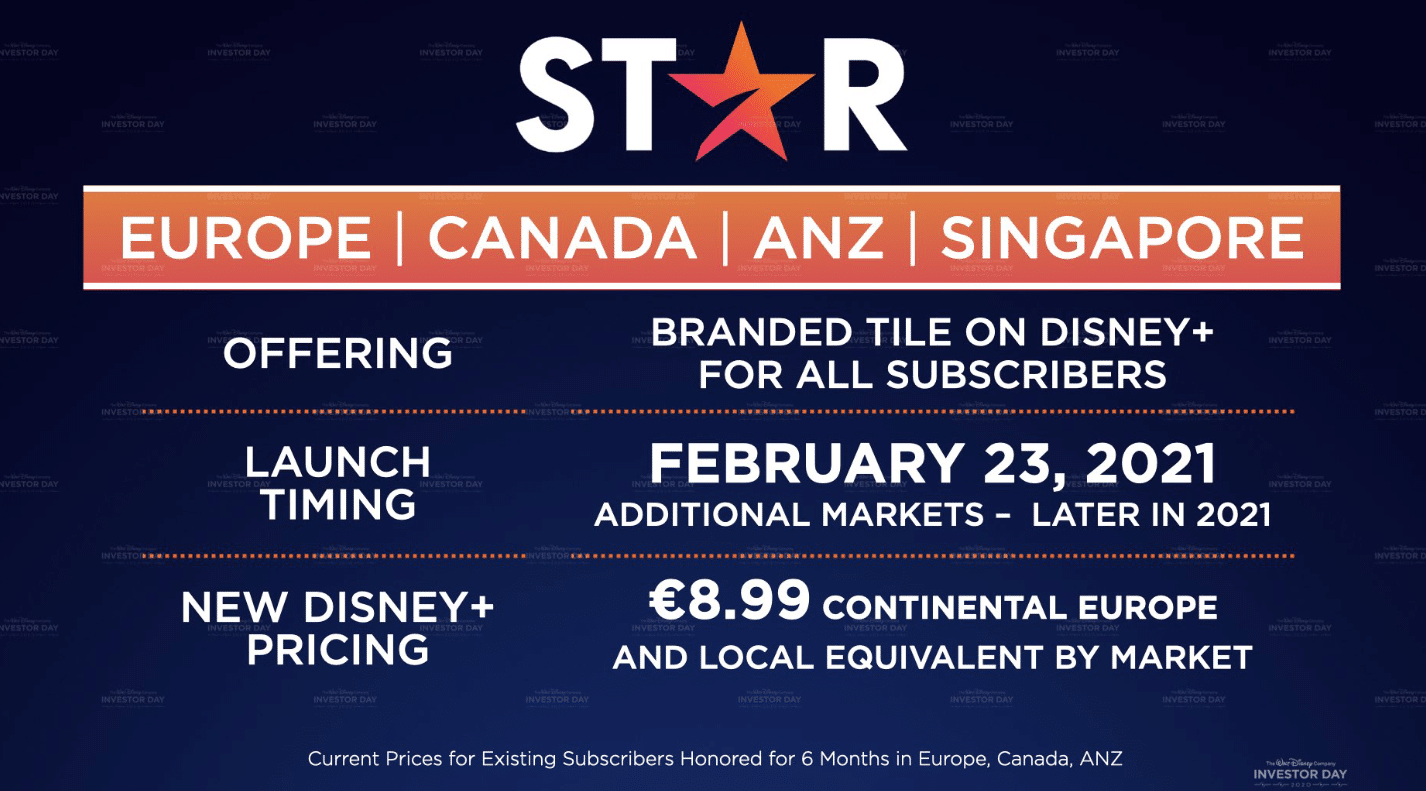 Disney+ will be updated to include the Star brand on February 23rd, 2021 in Europe, Australia, New Zealand, and Canada. The streaming service will continue its global rollout, now with Star, in new markets beginning with Singapore on February 23rd, 2021, followed by Eastern Europe, South Korea, Japan, and Hong Kong later in 2021