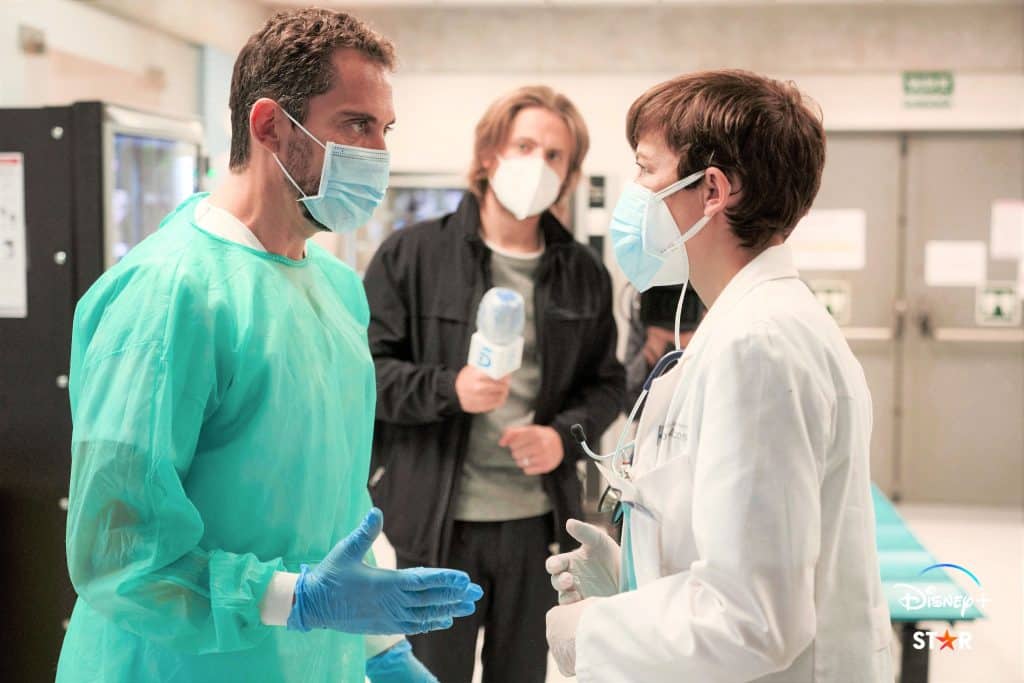 Disney is set to release a new romantic comedy miniseries called “Besos al aire” in Spain on Disney+, which tells eight stories crossed with confinement as a backdrop and love as the main protagonist.

The new mini series will star Paco León and Leonor Watling, with the show produced by Mediaset España.

There are just two episodes of this new mini-series.  Besos al aire “is a tribute to optimism, love and the people who have looked after everyone’s health and needs during confinement.”

It will be released as a “Star Original” and will be coming to Disney+ in Spain in March.

“Besos al Aire” will be directed by Iñaki Mercero, with Aitor Gabilondo working as an executive producer, and Darío Madrona is the screenwriter for the show.

One of Disney’s benefits with the “Star” brand is that it will be able to incorporate more local content, which is required in Europe to continue running a streaming service.

Roger has been a Disney fan since he was a kid and this interest has grown over the years. He has visited Disney Parks around the globe and has a vast collection of Disney movies and collectibles. He is the owner of What's On Disney Plus & DisKingdom. Email: Roger@WhatsOnDisneyPlus.com Twitter: Twitter.com/RogPalmerUK Facebook: Facebook.com/rogpalmeruk
View all posts
Tags: besos al aire