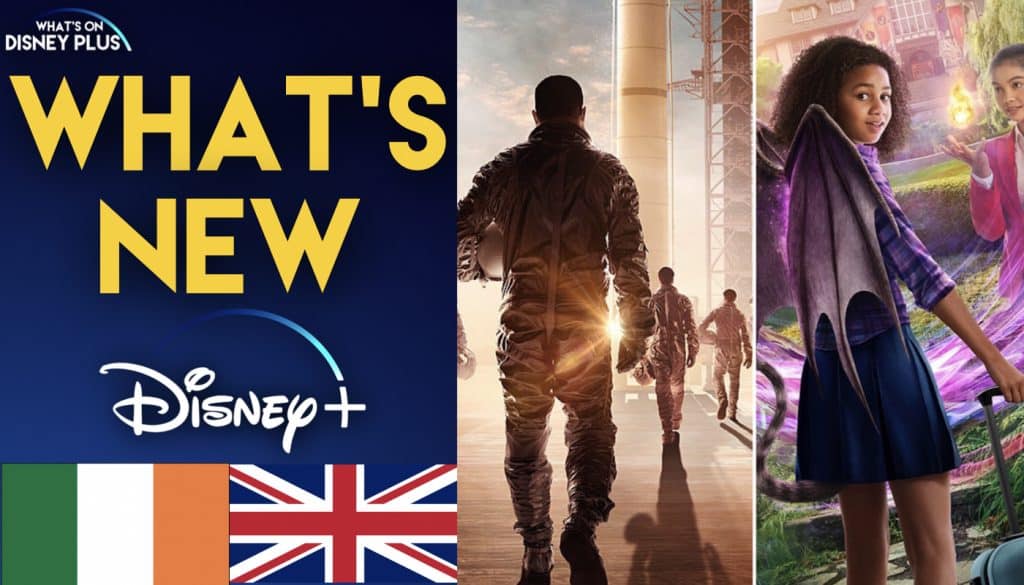 It’s Friday and its time for some new content to arrive on Disney+ in the United Kingdom and Ireland. This week’s biggest new release is the National Geographic live-action drama series, The Right Stuff.  There is also some new additions to the Disney+ library including the Disney Channel Original Movie, Upside-Down Magic.

Note : Titles may change depending on your region

Based on the bestselling book by Tom Wolfe, the eight-episode season is an inspirational look at the early days of the U.S. Space Program and the iconic story of America’s first astronauts, the Mercury 7.

NASA engineers, including rocket scientist Bob Gilruth (Patrick Fischler) and the passionate Chris Kraft (Eric Ladin), work against the clock under mounting pressure from Washington. Together, they hand select seven astronauts from a pool of military test pilots. These are ordinary men, plucked from obscurity, and within days of being presented to the world, they are forged into heroes before they achieve a single heroic act.

Discover the intricacies of creating a Disney print marketing campaign with Gabriela Clark. From overseeing photoshoots to coordinating massive studio print campaigns, Gabriela and team are responsible for creating some of the first images fans are able to see of new Disney projects

Roger has been a Disney fan since he was a kid and this interest has grown over the years. He has visited Disney Parks around the globe and has a vast collection of Disney movies and collectibles. He is the owner of What's On Disney Plus & DisKingdom. Email: Roger@WhatsOnDisneyPlus.com Twitter: Twitter.com/RogPalmerUK Facebook: Facebook.com/rogpalmeruk
View all posts
Tags: disney+. what's new, ireland, uk