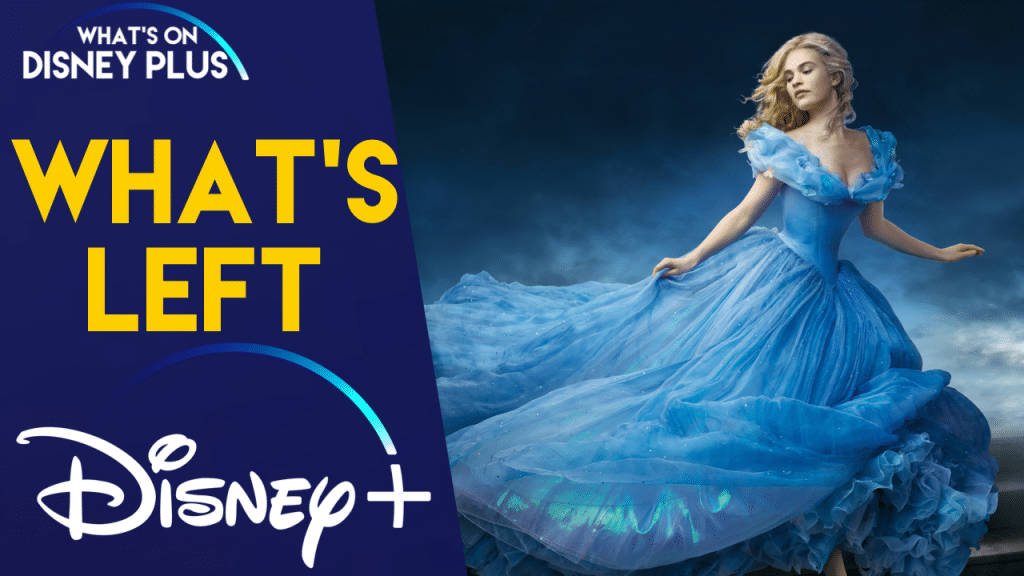 In a surprise removal, the live action version of Cinderella has been removed from Disney+ in the United States.

This title had only been added to Disney+ in the United States at the start of September.

Cinderella can now be found on Sling in the United States and is once again down to existing streaming contracts causing issues.

After her father unexpectedly dies, young Ella (Lily James) finds herself at the mercy of her cruel stepmother (Cate Blanchett) and stepsisters, who reduce her to scullery maid. Despite her circumstances, she refuses to despair. An invitation to a palace ball gives Ella hope that she might reunite with the dashing stranger (Richard Madden) she met in the woods, but her stepmother prevents her from going. Help arrives in the form of a kindly beggar woman who has a magic touch for ordinary things.

The film stars Dowton Abbey’s Lily James as Cinderella, with Cate Blanchett playing the Wicked Stepmother. It also stars Richard Madden as the Prince and Helena Bonham Carter as the Fairy Godmother.

Cinderella is still available on Disney+ in other countries.

What do you think of Disney removing Cinderella?