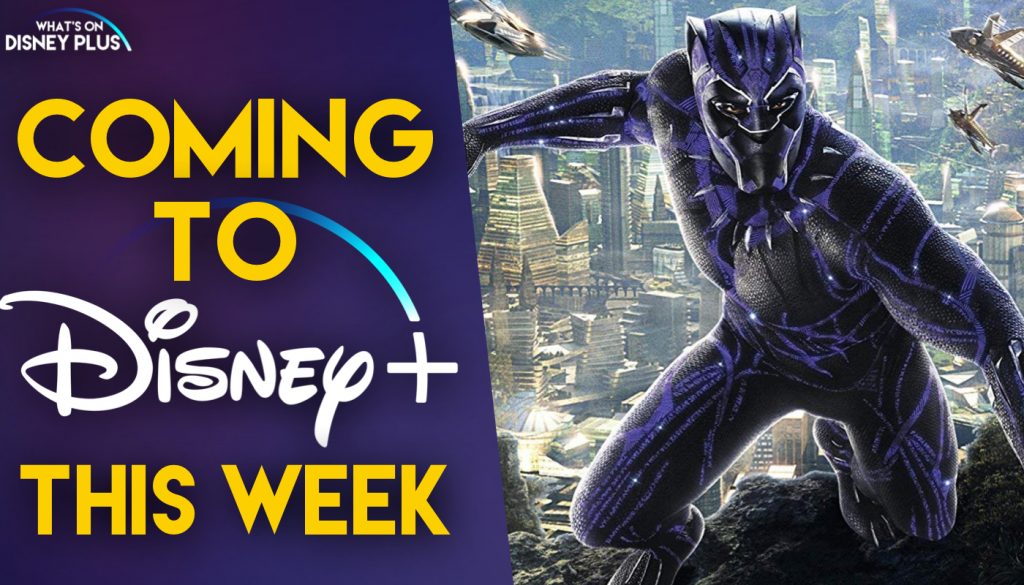 It’s Monday and time to take a look at what’s coming to Disney+ in the week ahead, which includes many new episodes of Disney+ Originals and two big blockbuster movies including Marvel’s Black Panther.

King T’Challa returns home from America to the reclusive, technologically advanced African nation of Wakanda to serve as his country’s new leader. However, T’Challa soon finds that he is challenged for the throne by factions within his own country as well as without. Using powers reserved to Wakandan kings, T’Challa assumes the Black Panther mantel to join with girlfriend Nakia, the queen-mother, his princess-kid sister, members of the Dora Milaje (the Wakandan ‘special forces’) and an American secret agent, to prevent Wakanda from being dragged into a world war.

Skeeter Bronson is a down-on-his-luck guy who’s always telling bedtime stories to his niece and nephew. But his life is turned upside down when the fantastical stories he makes up for entertainment inexplicably turn into reality. Can a bewildered Skeeter manage his own unruly fantasies now that the outrageous characters and situations from his mind have morphed into actual people and events?

Three on the Run

The Coast Guard makes a daring rescue attempt off the coast of Cape Cod after a pair of oil tankers are destroyed during a blizzard in 1952.