The Wonderful World of Mickey Mouse: Keep on Rollin’ Review

The Wonderful World of Mickey Mouse: Keep on Rollin’ Review

Mickey, Minnie, Donald, Daisy and Goofy are trying to keep Disco alive at the roller rink, but Pete and his evil cronies are trying to stop Disco in the latest episode of “The Wonderful World of Mickey Mouse” titled “Keep on Rollin’.” This is one of my favorite episodes of this Disney+ Original series due to the guest appearances of characters from other Disney properties, the first appearance that I can remember from Daisy Duck and the Disco references, even if I kind of want to side with Pete when it comes to Disco.

There are three very special guest appearances from other Disney properties in this eight minute short. Yensid from “Fantasia” appears as the disc jockey at the roller rink that’s also named Yensid. Ursula shows up as a member of Pete’s gang trying to stop the gang from celebrating Disco. And, after being banished from the roller rink, the main five characters find a mansion to use for their roller Disco that happens to be the home of the Beast until he scares them all away. There are many Disney properties to draw from, so I love seeing them interact with each other similar to how they did on the House of Mouse. 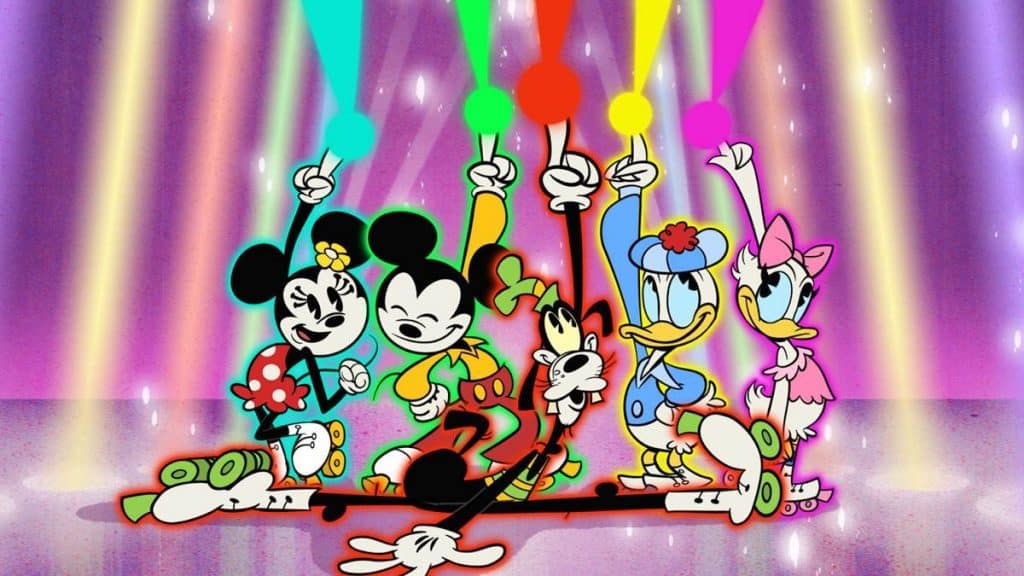 There’s also a great reference to the most popular musical act to ever come from Sweden. When Mickey is trying to rally his friends to take back the roller rink, he tells them it’s a place “We can dance. We can jive. We can have the time of our lives.” If you’re going to make a short about roller Disco, you have to mention ABBA and “Dancing Queen” is the perfect song to reference along the way.

I love that Walt Disney’s most famous creation is back in this series. I love seeing the gang together. It’s a far from perfect series, but each and every episode has been a lot of fun. I love that they are dropping two shorts each week and hope they can create a whole bunch of new content for this series.

Episode 4 stars out of 5

Jeremy has been a big Disney fan since he was a kid growing up during the Disney Renaissance. One day he hopes to go to every Disney Park in the world.
View all posts
Tags: “The Wonderful World of Mickey Mouse”, disney, Disney+ Original, Keep on Rollin, review