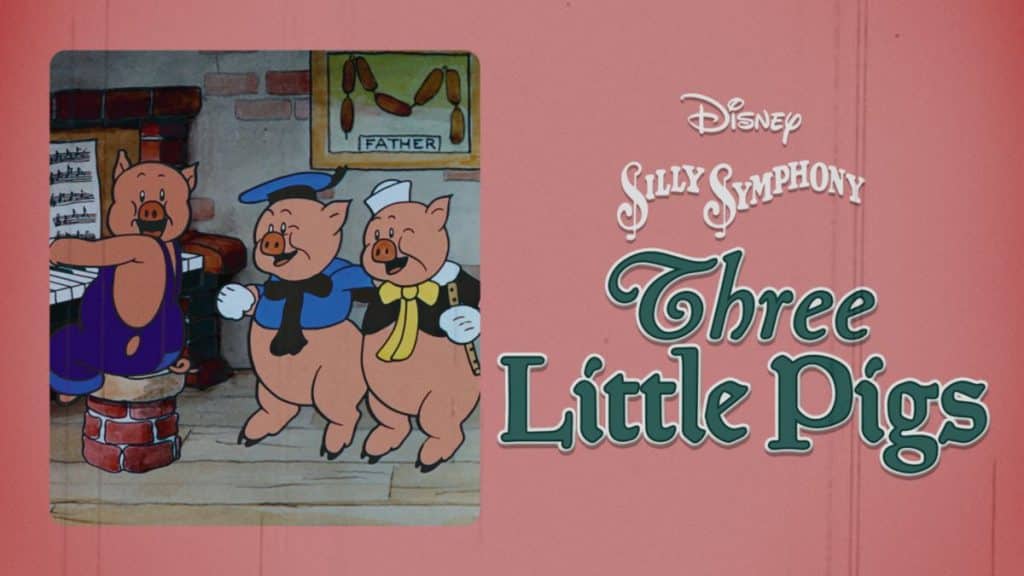 Disney tackles the story of “The Three Little Pigs.” The short from 1933 focuses on the three pigs who build houses; one from straw, one from sticks and one from bricks; as they are attacked by a big bad wolf trying to blow their houses down. It’s a familiar fable for many kids.

This is a decent representation of the original story. It runs about eight minutes, which is easy to follow without getting bored. The animation still looks beautiful almost 90 years later. The pigs and wolf are drawn masterfully. It’s a nice bit of animation that is helping to set Walt Disney’s eye toward feature films and eventually the Disney empire we know today.

It is interesting to see the clothes the pigs are wearing, particularly the one wearing the sailor outfit that Donald Duck would make famous. It seems like this was a forerunner to Donald in that sense. I don’t know if the sailor outfit was easier or cheaper to draw than others or if they just felt like recycling it for Donald, but it was a nice bit of nostalgia when I saw the pig looking like a sailor. 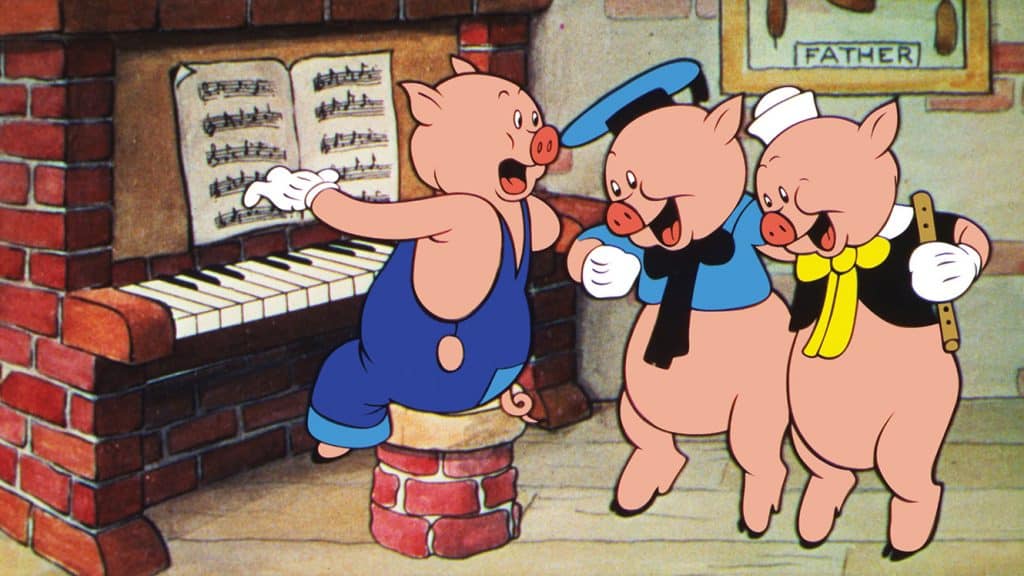 The main song of this short is incredibly catchy. My son watched this with me and came away singing “Who’s Afraid of the Big Bad Wolf?” for days after seeing it. It’s not a particularly good song, but it is an earworm that helps bring attention to the short and put people’s minds on it. Sometimes it’s better to be catchy than good, and this song certainly proves that point.

Of course, things were different in the 1930s when this was made and it has had to be re-edited over time. I looked it up and found the wolf originally disguised himself as “Jewish peddler” in the original version. I can certainly see why that was offensive and something that needed to be changed. That version isn’t available on Disney+ and I agree that it shouldn’t be. There are things we definitely need to preserve, but certain caricatures need to be forgotten and that is certainly one of them.

This film actually won the Academy Award in 1934 for Best Animated Short Film. In 1994, it was voted number 11 on a list of the 50 Greatest Cartoons of all time. And, in 2007 it was selected by the Library of Congress for preservation in the National Film Registry of the United States with the selection committee describing it as “culturally, historically, or aesthetically significant.” This short’s legacy is one of the richest in the Disney canon.

Overall, I enjoyed this short the most of any so far not to feature Mickey Mouse. It was well drawn, told the story excellently and paved the way for future installments. I would definitely recommend to anyone looking to watch an older cartoon from the Walt Disney Company.

What did you think of “The Three Little Pigs?”

Jeremy has been a big Disney fan since he was a kid growing up during the Disney Renaissance. One day he hopes to go to every Disney Park in the world.
View all posts
Tags: disney, retro review, review, The Three Little Pigs