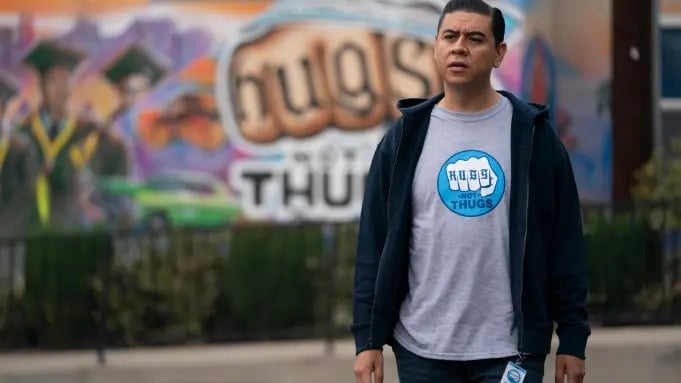 Disney has announced details on a brand new comedy series, “The Fool”, that is inspired by the life and stand-up of star and co-creator Chris Estrada.

“This Fool” is an irreverent, cinematic half-hour comedy set in working-class South Central Los Angeles. The show centers on Julio Lopez, a 30-year-old who still lives at home who has been dating his girlfriend on and off since high school and finds any excuse to avoid dealing with his own problems. Julio works at Hugs Not Thugs, a gang rehabilitation nonprofit, where he butts heads with his older cousin Luis, an ex-gang.

All ten episodes will be released at once on Hulu on August 12th, 2022.

Since this series is created by ABC Signature Studios, we should also expect this series to be released as a Star Original on Star+ and Disney+ internationally, however, no confirmation has yet been announced.

Roger has been a Disney fan since he was a kid and this interest has grown over the years. He has visited Disney Parks around the globe and has a vast collection of Disney movies and collectibles. He is the owner of What's On Disney Plus & DisKingdom. Email: Roger@WhatsOnDisneyPlus.com Twitter: Twitter.com/RogPalmerUK Facebook: Facebook.com/rogpalmeruk
View all posts
Tags: the fool