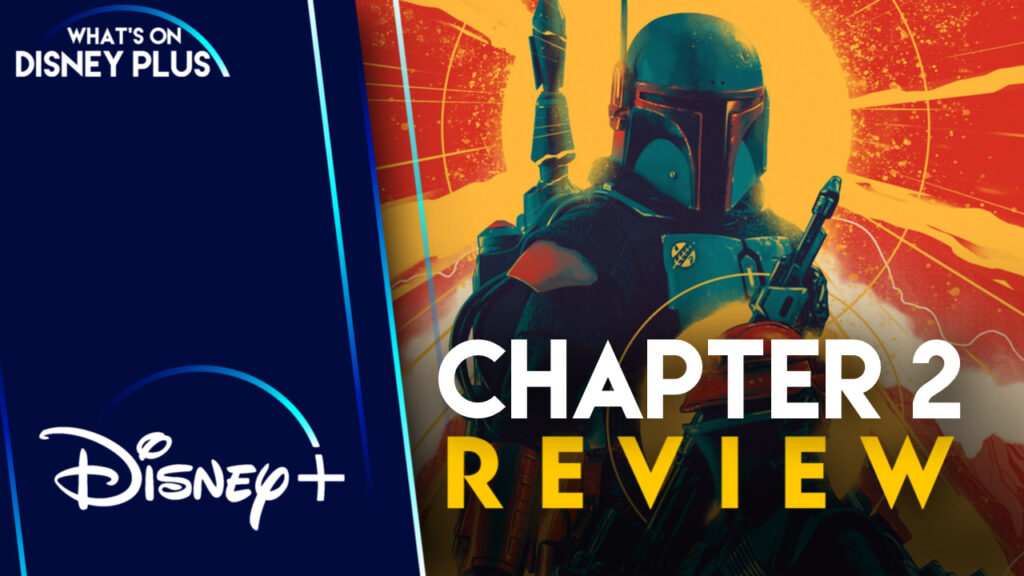 The second chapter of “The Book Of Boba Fett” features two storylines.  One sees Boba Fett & Fennec Shand dealing with the local Mayor, who disrespected Boba by not offering tribute following his succession to the throne.  Another is set after the events of “Return Of The Jedi”, with Boba Fett learning to live with the Tusken Raiders. 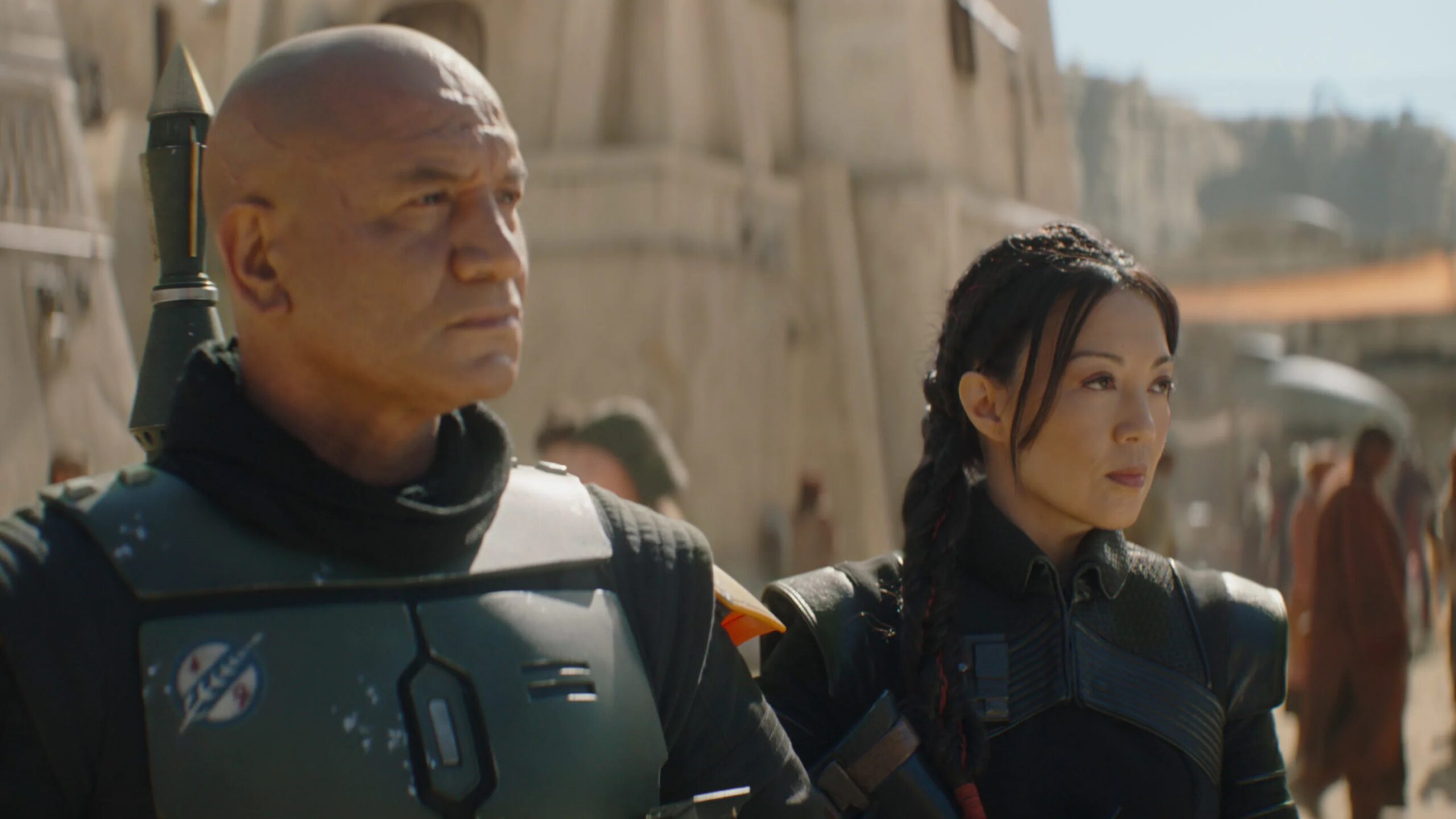 Following the premiere episode last week, this week’s second chapter is over 50 minutes long, giving us much more time on the desert planet of Tatooine.

The first portion of the episode is set after Boba Fett is disrespected, so he, Fennec and two Gamorrean guards head back into town to deal with the mayor, who they believe sent some assassins to kill Boba.  This results in a fun little moment involving recreating a scene from “Return of the Jedi”, which the threat to the captured assassin of being thrown into the Rancor pit below the throne.  I really enjoyed this moment in the episode, because it uses the nostalgia of that infamous scene, but plays ultimately differently.

Easily one of the standout moments in this episode is when “The Twins” arrive, who are Jabba The Hutts cousins.  The banging of the drums, to build up the anticipation of their arrival was fantastic and seeing some new Hutt characters is undoubtedly intriguing.  I love the dynamic of there being twins, since it makes them so different to Jabba in so many ways.  I can’t wait to see more of these characters.  We are also introduced to a new Wookie warrior, who simply looks bad-ass.

The first portion of this episode is fantastic, but it’s a shame we don’t have much more to explain where this series is going, but no doubt it will have something to do with the Tusken Raiders, since so much time is spent establishing his connection with them, since the majority of this episode is a flashback to the events after escaping the Sarlac Pit.

There can be little doubt that the inspiration of this episode goes back to the old western’s.  With Boba coming up with a plan to hijack a train, teaching the Tusken’s how to do it and eventually being accepted as a member of the tribe.  This will undoubtedly come in useful later in this series when he needs some backup!  Especially as I’d imagine, we will run into the Pyke Syndicate leaders at some point.  All of which continues to expand out the crime syndicate aspect of the Star Wars universe, which is often teased, but never explored enough in live-action.

I really enjoyed this second episode, though it does feel like two separate episodes just stuck together, because, unlike last week, once we go into the flashback, that’s it for that episode.  This did help the overall flow of the episode, since it was focused on telling the story of how Boba gained the respect of the Tusken’s.  There is plenty of action, with the train hijacking and also when Boba hits the local “biker” gang in the barroom brawl.  Boba might be a little bit slower than we are used to, but he’s still very effective.

It really did feel like an old western film, or most recently, playing through the Red Dead Redemption 2 video game!   Tatooine is such an established part of the Star Wars universe, it’s great spending time there, but I still feel that it still doesn’t quite feel like Star Wars without the Empire being around in some form.

Honestly, this was a really run episode, and we really get to see Temuera Morrison expanding out his role as Boba Fett.  I loved both halves of this episode and can’t wait to see where the series takes us.  Because, now, over an hour and a half into the series, I still have no idea what the main plot of the series is going to be.  It’s refreshing, and I love exploring the Star Wars Universe, but this is a much more gritty way of showcasing the characters, that the films could never do.

The first two episodes of “The Book Of The Boba Fett” are available on Disney+ now.