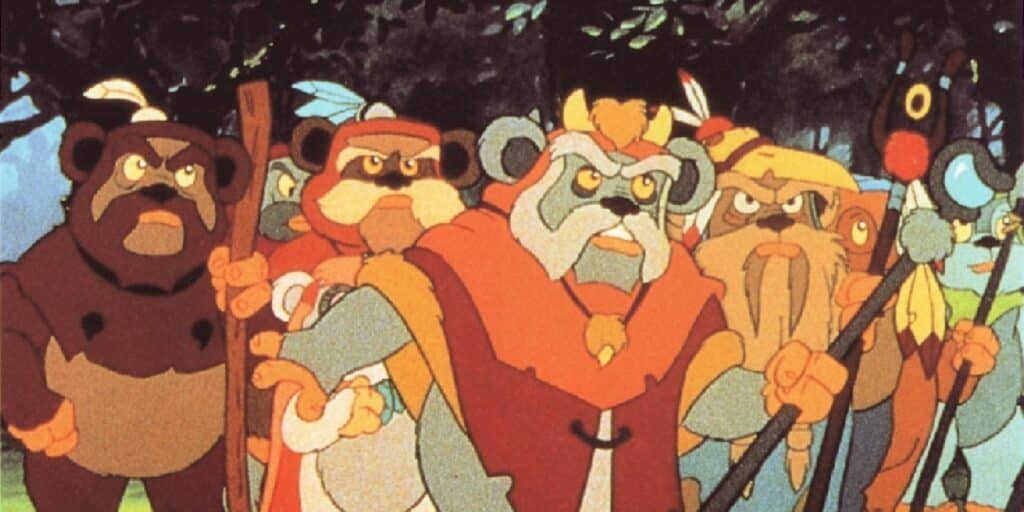 Disney has announced that it will be releasing both seasons of the animated series “Ewoks” will be coming to Disney+ in the United States, United Kingdom and Ireland on Friday 2nd April.

The series focuses on the adventures of Wicket W. Warrick and his friends on the forest moon of Endor and is a prequel to “Star Wars: Return Of The Jedi” and the two spin-off Ewok movies, “Caravan of Courage” and “Ewoks: The Battle for Endor”, which are also arriving on Disney+ on the same day.

Star Wars: Ewoks introduces a number of new villains into the Star Wars universe, including the Duloks and also features their adventures against the Empire.

In the animated series, the characters speak English, rather than their native language, like in the movies.

This series originally aired on ABC and ran for 35 episodes across two seasons from 1985.  Some of the episodes in the second season are just about 10 minutes long.

Are you looking forward to seeing “Star Wars: Ewoks” on Disney+?