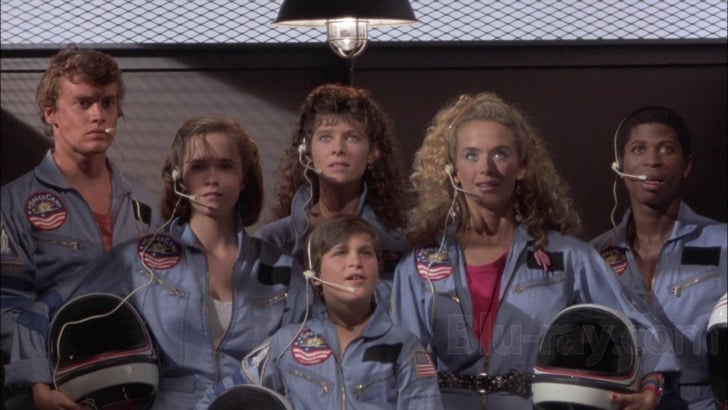 Disney is looking once again to its past to bring a new version of “Space Camp” to Disney+, with Saturday Night Live writers Mikey Day and Streeter Seidell, being hired to write the film.    They’ve also been working on other projects for Disney+ including a Inspector Gadget and Home Alone reboots.

The new version of “Space Camp” will be produced by John Rickard, who has previously produced Rampage and Horrible Bosses.

“Space Camp” was released in 1986 and starred Lea Thompson, Kelly Preston, Tate Donovan and a young Joaquin Phoenix.  Though the movie struggled at the box office due to its timing, as it was released just months after the Space Shuttle Challenger exploded.

In the original “Space Camp”, the young attendees of a space camp find themselves in space for real when their shuttle is accidentally launched into orbit.

What do you think of Disney rebooting “Space Camp” for Disney+ ?

Roger has been a Disney fan since he was a kid and this interest has grown over the years. He has visited Disney Parks around the globe and has a vast collection of Disney movies and collectibles. He is the owner of What's On Disney Plus & DisKingdom. Email: Roger@WhatsOnDisneyPlus.com Twitter: Twitter.com/RogPalmerUK Facebook: Facebook.com/rogpalmeruk
View all posts
Tags: space camp