Is Jar Jar Binks Going To Be In The Disney+ Kenobi Series?

What's On Disney Plus > Blog > Brands > Star Wars > Is Jar Jar Binks Going To Be In The Disney+ Kenobi Series? 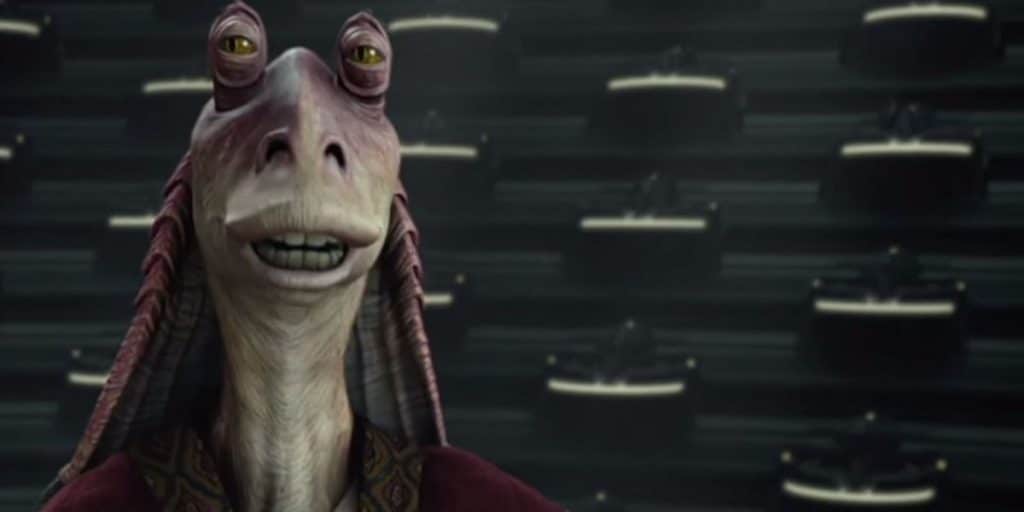 Is Jar Jar Binks Going To Be In The Disney+ Kenobi Series?

Lucasfilm is already working on the new Star Wars Disney+ series, featuring Obi-Wan Kenobi and according to the latest rumor from Making Star Wars, the series is going to include the return of Jar Jar Binks.

According to the rumor, work has already begun on the CGI required to bring Jar Jar Binks to our screens.  The character will now have a beard to reflect how much time has past since we last saw him.   And the scene will see Obi-Wan and Jar Jar discussing the past.

It’s unclear if the original voice actor, Ahmed Best, will return to the role, as he had major problems with the backlash to the character when “A Phantom Menace” was originally released.  But he did provide his voice to the character in most of the “Clone Wars” episodes and multiple Star Wars video games.  He will be returning to Star Wars universe with a new quiz show called “Jedi Temple Challenge”, which will be coming to Disney+ in 2020.

This series is due to link the original and prequel trilogies closer together, as its set 8 years after the events of “Revenge of the Sith” and 11 years before the events of “A New Hope”.  No release date has yet been revealed for the Obi-Wan Kenobi series, but it will be directed by Deborah Chow, who recently directed an episode of “The Mandalorian”.

Again, take this rumor with a pinch of salt, as things could change, as there is lots of speculation of how this series will connect with the events after “Solo: A Star Wars Story”.

But would you like to see Jar Jar Binks in the new Obi-Wan Kenobi series?