Disney takes us “just around the riverbend” to show us how to “paint with all the colors of the wind” in the Renaissance Era classic, “Pocahontas.” The film tells of the legendary Native American figure and her run-ins with the English colonizers in the original Virginia settlement.

I like this movie, but it’s one that requires more compartmentalization than most. We know a kids movie is going to have some of the shadier details left out, but this movie rewrites a lot. It’s basically a whitewashing of history to make John Smith look like a better person than he was in real life. But, for kids, who I’m certain don’t know the true story of Pocahontas, it’s a wonderful movie that teaches about prejudices on both sides and how people from different worlds working together can overcome those prejudices. The message is wonderful, but would probably be better coming from a completely fictional character rather than a fictional take of someone’s life story.

This also has one of the best soundtracks of the entire Disney canon. “Just Around the Riverbend” and “Colors of the Wind” are both beautiful songs that are wonderfully written. Alan Menken, who wrote the scores and music for most of the hits of the Disney Renaissance, comes through again with music that enhances the story and the enjoyment for everyone. Ashman and Menken were the unstoppable duo that wrote the music for “The Little Mermaid,” “Beauty and the Beast” and “Aladdin.” I think many wondered if Alan Menken could still find that musical magic after the passing of Howard Ashman, but Menken delivered wonderfully here. 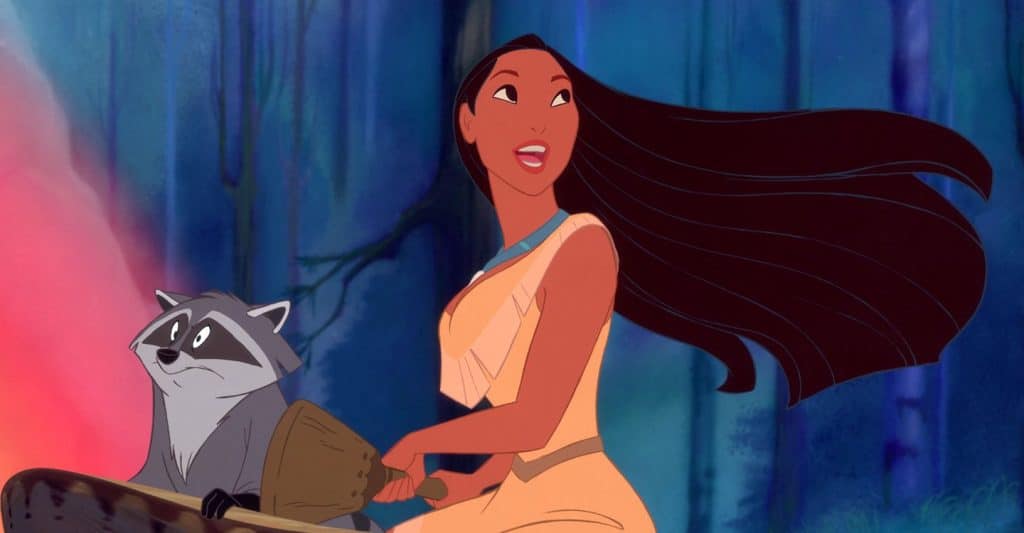 2020 marks the 25th anniversary of the release of “Pocahontas” and it is still making waves today. “Colors of the Wind” was just part of one of the Disney Family Singalongs that recently aired on the ABC network during this pandemic. And the message that we need to look past each other’s differences and work together is just as poignant today as it was in 1995. As adults, we may have to compartmentalize the story, but it’s a message our children need to learn. And some adults may need a refresher course, as well. I’m still very glad to see this movie when it comes on TV, and I’m glad I took the time to watch and review it.

What did you think of “Pocahontas?”

Jeremy has been a big Disney fan since he was a kid growing up during the Disney Renaissance. One day he hopes to go to every Disney Park in the world.
View all posts
Tags: disney, Pocahontas, retro review, review