20th Television is currently four weeks into filming on the new Disney+ series, “Percy Jackson And The Olympians”.

The creator of “Percy Jackson”, Rick Riordan, recently took to his blog to reveal some details on the filming of the series, confirming that Disney’s Industrial Light and Magic has built a new “Volume” stage in Vancouver, Canada to create the series. Rick revealed:

I am pleased to reveal a secret that I have been dying to share with you for over a year: Percy Jackson and the Olympians has partnered with Industrial Light and Magic to build a new Volume stage here in Vancouver, and we are the first people to use it! Based on the groundbreaking technology that created The Mandalorian, our new Volume stage is an even more cutting-edge version of that wraparound virtual environment, making it one of the most advanced production stages in the world. We are using it for things that have never been attempted before, creating settings so realistic that if we do it right, you should never be able to guess which scenes were done on location and which were done on the stage. 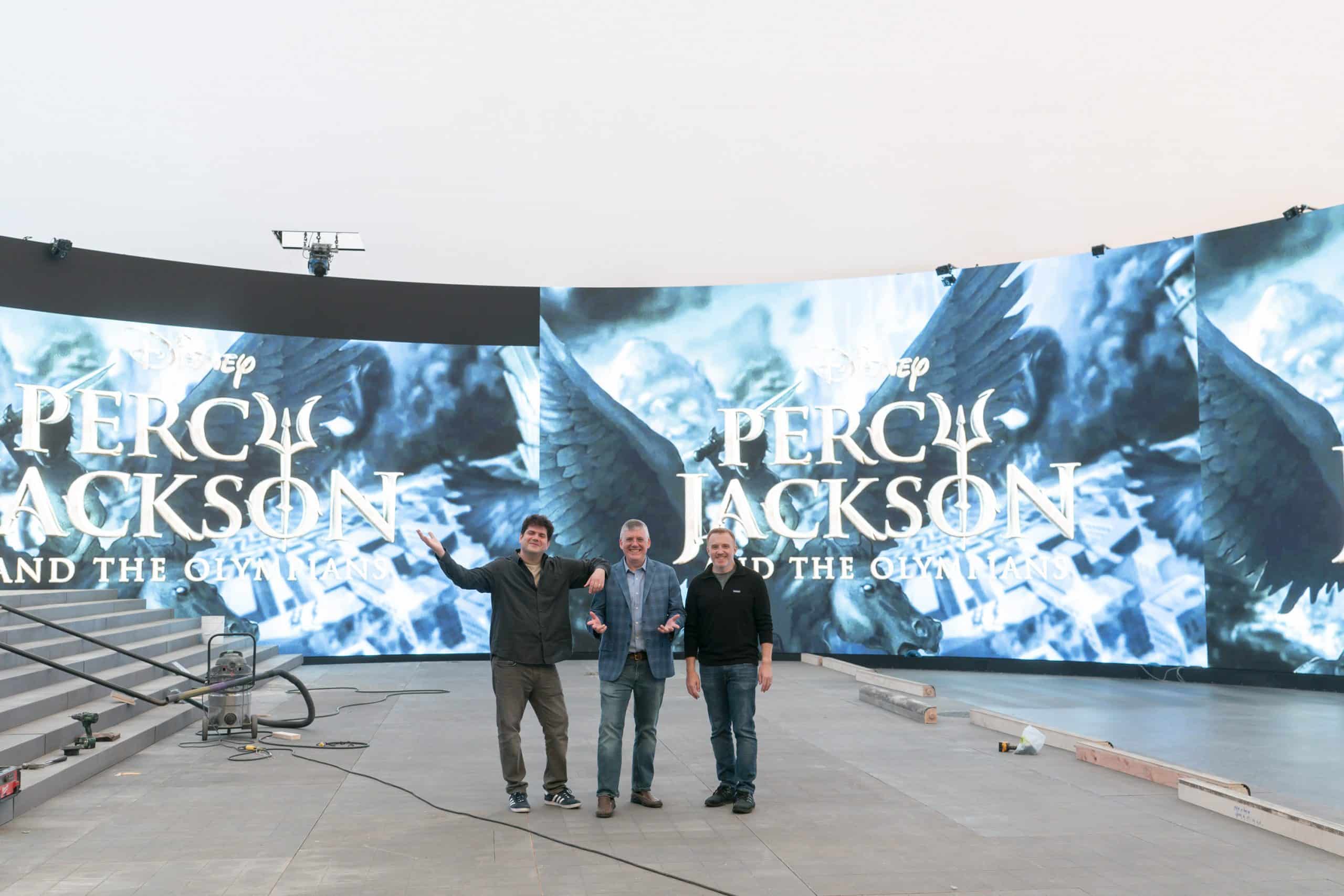 I am delighted that I can finally share this news with you, and express my gratitude to our incredible partners at ILM. Also, I want to acknowledge the unwavering support of our executives at the studio and the streaming service. Their investment in this show is a sign of how important Percy Jackson is to them, and how committed they are to making the highest quality adaptation you fans deserve. This show is going to look spectacular, and set a new standard for other shows to follow.

Following the success of “The Mandalorian”, Disney’s ILM has built five of these virtual Volume stages, with two in Manhattan Beach, California, along with another one at The Walt Disney Studios in Burbank,  and there is also one across the pond at Pinewood Studios in London.  There was also a temporary volume stage built in Australia, to film Marvel Studios, “Thor: Love & Thunder”.

If you are interested in learning more about how the Volume operates, check out the fourth episode of “Disney Gallery: Star Wars: The Mandalorian”, which is available on Disney+.

What do you think of “Percy Jackson And The Olympians” using the Volume?