Just ahead of the release of the new 20th Century Studios film, “Prey” on August 5th 2022, Forbidden Planet has announced that there will be a special signing event taking place at their London Megastore on Monday 25th July at 5:30pm – 6:00pm.

The newest entry in the “Predator” franchise, 20th Century Studios’ “Prey” is an all-new action- thriller set in the Comanche Nation 300 years ago. It is the story of a young woman, Naru, a fierce and highly skilled warrior who has been raised in the shadow of some of the most legendary hunters who roam the Great Plains. So when danger threatens her camp, she sets out to protect her people. The prey she stalks, and ultimately confronts, turns out to be a highly evolved alien predator with a technically advanced arsenal, resulting in a vicious and terrifying showdown between the two adversaries.

Amber Midthunder, Dan Trachtenberg and Jhane Myers will be signing free Prey posters during this event – no purchase is necessary. 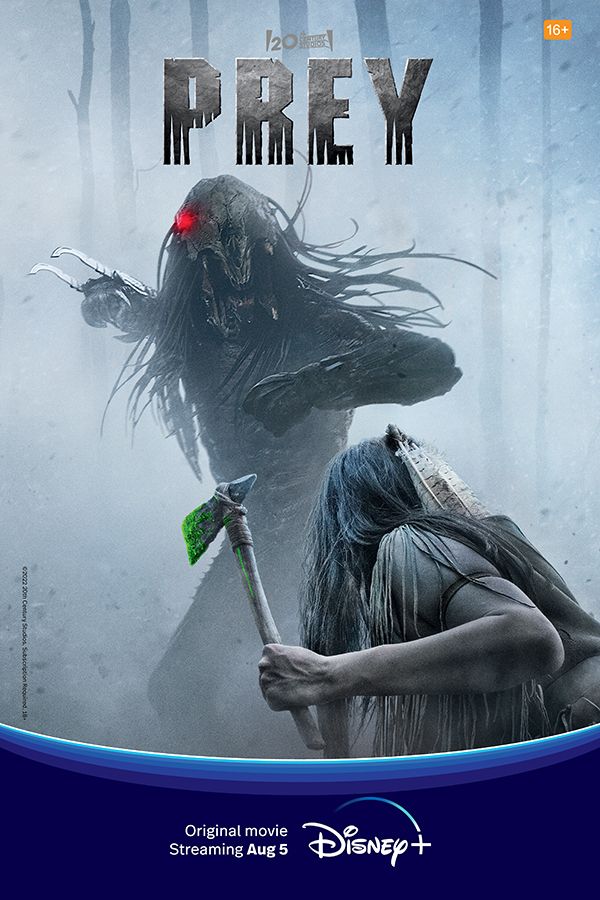 Posters will be available at the event – one poster per person. The event will run strictly from 5:30pm – 6:00pm so please arrive early to avoid disappointment.

Queuing for this event will be outside, at the rear of our store, so please wear weather appropriate clothing.

“Prey” will be coming out on Friday 5th August 2022 on Hulu in the US, Star+ in Latin America and on Disney+ around the world.