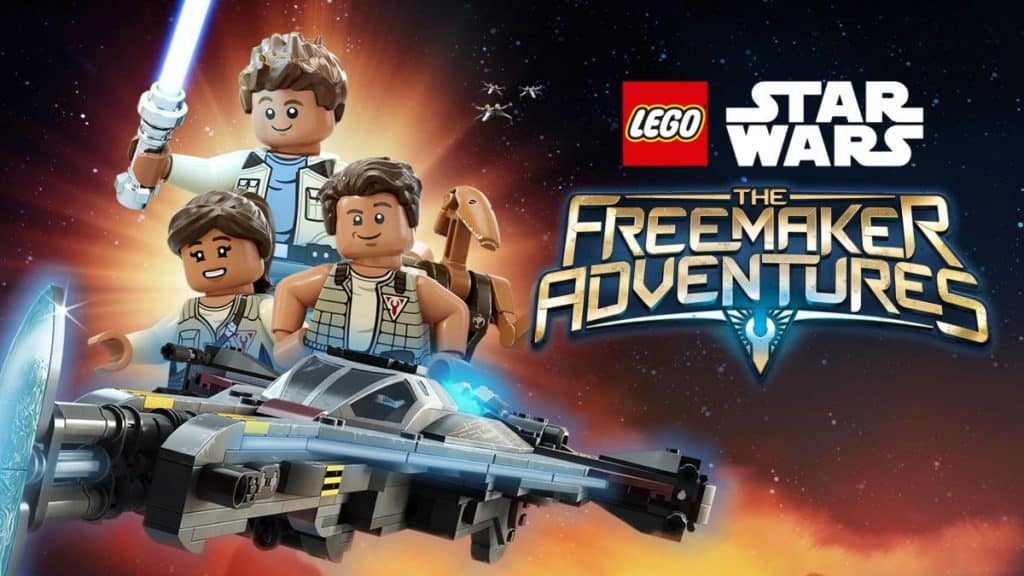 In a surprise removal, both seasons of the “LEGO Star Wars: The Freemaker Adventures” have been removed from Disney+ globally including in the US, UK, Canada, Australia and New Zealand.

It’s rare that a title is removed from Disney+ globally, usually, titles are just temporarily removed due to contracts made before Disney+ launched. It’s unknown if this series will be returning to Disney+. The good news is the “Freemaker Adventure” shorts are still available on Disney+.

The Freemakers are sibling scavengers operating a salvage and repair shop on a space station at the distant edge of the Empire. When Force-sensitive 12-year old Rowan Freemaker discovers the Kyber Saber, an ancient artifact with a powerful connection to the Jedi, his world is turned upside down. Along with his quick-witted older sister Kordi, ace pilot brother Zander, and a refurbished battle droid named Roger, Rowan is thrown into an epic struggle against the Empire to restore peace to the galaxy.

“LEGO Star Wars: The Freemaker Adventures” is a TV show produced by Wil Film, Lucasfilm, LEGO and Lucasfilm Animation. The show was originally broadcast on Disney XD in the United States in 2016.

Hopefully, at some point, this series will return to Disney+.