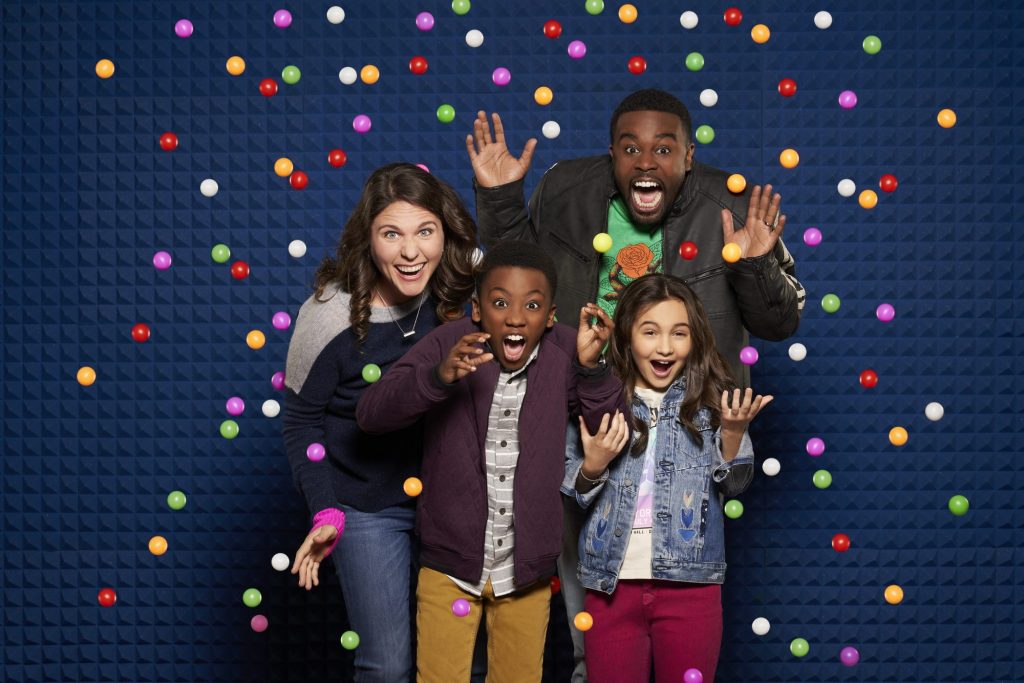 Disney have announced details on an ambitious new series “Just Roll With It”, which blends improvisational comedy with a family sitcom to seize an audacious opportunity that allows the studio audience to vote on the direction of key scenes, throughout the filming, while the actors are backstage. When the actors return to the stage, they have no idea what’s coming at them.

A feat of planning and physical production each episode, the comedy series was created and is executive produced by Adam Small and Trevor Moore (Disney’s “Walk the Prank”) with a production crew led by Skot Bright (Disney’s “Walk the Prank”). “Just Roll With It” will be previewed on Friday June 14th (9:45-10:15 p.m. EDT/PDT), before its official premiere on Wednesday June 19th (8:00-8:30 p.m. EDT/PDT), on Disney Channel and the DisneyNOW app.

Expect this show to be available on Disney+ later this year, since the Disney Channel will be providing over 5000 episodes of TV to Disney+

At unpredictable intervals unknown to the cast or audience, the scripted action is suddenly interrupted by the sound of a foghorn. The actors are sequestered backstage while the studio audience uses electronic voting devices at their seats to select which of the three comedic scenarios they would like to see take place next. After votes are cast, the crew quickly resets and the actors return to the stage to continue the unscripted scene, improvising throughout it.

Kory Lunsford, vice president, Original Programming, Disney Channel, said, “Our talented executive producers, Trevor and Adam, have once again delivered a not-to-be-missed comedy. With this series, they have elevated the convention of a traditional sitcom by adding the keep-you-on-your-toes element of improvisation. The cast and crew literally have to ‘just roll with it’ and it all makes for a uniquely entertaining experience for the live studio audience and viewers at home.”

Are you excited for “Just Roll With It”?

Roger has been a Disney fan since he was a kid and this interest has grown over the years. He has visited Disney Parks around the globe and has a vast collection of Disney movies and collectibles. He is the owner of What's On Disney Plus & DisKingdom. Email: Roger@WhatsOnDisneyPlus.com Twitter: Twitter.com/RogPalmerUK Facebook: Facebook.com/rogpalmeruk
View all posts
Tags: disney, just roll with it