Disney have announced that Ed Helms (“The Office,” “The Hangover” trilogy, “The Daily Show with John Stewart”) will be narrating the new DisneyNature movie “Penguins”.

The coming-of-age story follows an Adélie penguin named Steve who joins millions of fellow males in the icy Antarctic spring on a quest to build a suitable nest, find a life partner and start a family. None of it comes easily for him, especially considering he’s targeted by everything from killer whales to leopard seals, who unapologetically threaten his happily ever after.

“Disney movies are filled with poignancy and real emotion, but also are extremely funny and relatable—this movie is no different,” says Helms. “It’s a true life adventure with real footage of penguins in Antarctica, but told in a way that tugs at your heart strings a little and also has quite a few chuckles. For me, this movie is a very cool mash-up of narration and character work. I get to voice Steve’s inner monologue as well as straight narration. It was a really fun challenge for me—a privilege getting to imagine what this penguin might be thinking—and I’m really excited about it.”

As an actor, writer and comedian, Helms established himself as one of Hollywood’s most beloved performers with scene-stealing roles on both film and television including NBC’s award-winning comedy series, “The Office,” and the box office smash hit film trilogy “The Hangover.” 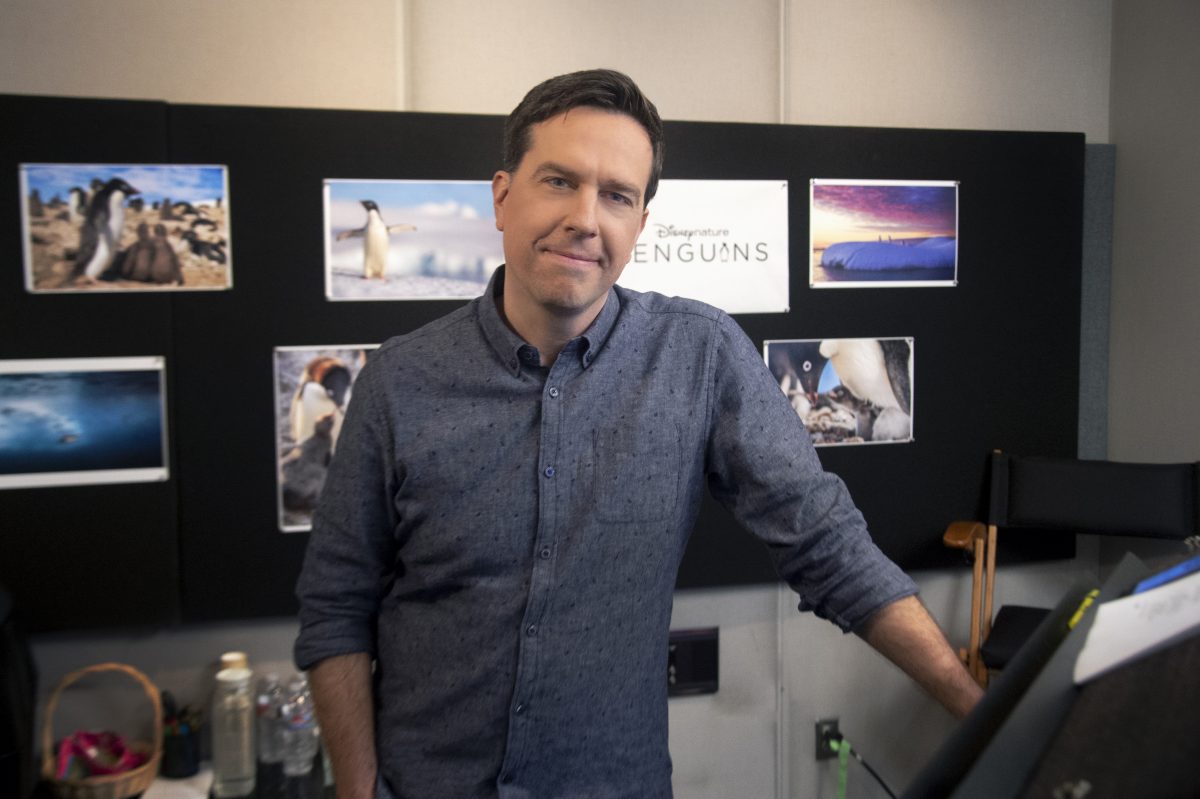 “Penguins,” the first-ever Disneynature film to be released in IMAX as the label, celebrates 10 years since its first feature film hit theaters. The film continues Disneynature’s conservation tradition: for every ticket sold opening week (April 17-23, 2019), Disneynature will make a donation to the Wildlife Conservation Network (WCN) to help protect penguins across the southern hemisphere. Founded in 2002, WCN invests in a select network of on-the-ground conservationists, including top experts in the field of penguins like the Global Penguin Society (GPS). The worldwide leader in science-based penguin conservation, GPS champions specific programs that align with Disneynature’s conservation mission.

From the filmmaking team behind “Bears” and “Chimpanzee,” Disneynature’s “Penguins” opens in theaters in time for Earth Day and should be coming to Disney+ later in the year.

Are you excited for Penguins?

Roger has been a Disney fan since he was a kid and this interest has grown over the years. He has visited Disney Parks around the globe and has a vast collection of Disney movies and collectibles. He is the owner of What's On Disney Plus & DisKingdom. Email: Roger@WhatsOnDisneyPlus.com Twitter: Twitter.com/RogPalmerUK Facebook: Facebook.com/rogpalmeruk
View all posts
Tags: disney, DisneyNature