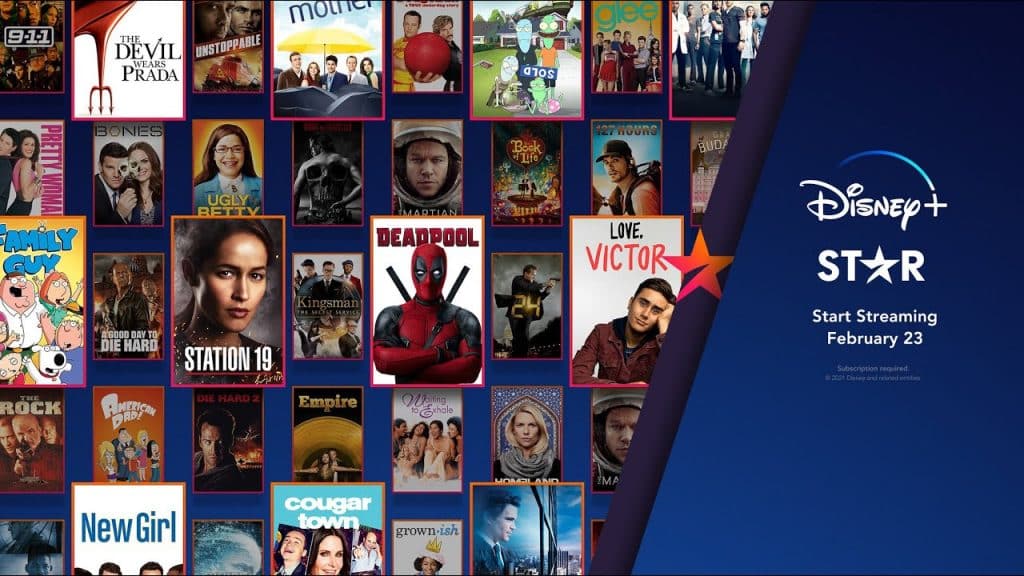 Disney+ in Canada is set to get a massive expansion of content on February 23rd, with the launch of a sixth brand called “Star”.  This new brand will include thousands of hours of movies and television from Disney’s creative studios, including Disney Television Studios, FX, 20th Century Studios, 20th Television, Touchstone, and more, enhanced by the addition of local programming from the regions. From comedies to dramas and thrillers, Star offers a range of titles for everyone and every mood. Star will also deliver brand-new originals from Disney’s General Entertainment studios in International markets, with over 35 first-run series set to premiere by the end of the first year.

A new trailer has been released in Canada highlighting some of the shows and movies that will be coming to Disney+ on February 23rd.

Disney+ will be updated to include the Star brand on February 23rd, 2021 in the UK, Singapore, Europe, Australia, New Zealand, and Canada.

What are you looking forward to seeing on Disney+ when Star launches?

Roger has been a Disney fan since he was a kid and this interest has grown over the years. He has visited Disney Parks around the globe and has a vast collection of Disney movies and collectibles. He is the owner of What's On Disney Plus & DisKingdom. Email: Roger@WhatsOnDisneyPlus.com Twitter: Twitter.com/RogPalmerUK Facebook: Facebook.com/rogpalmeruk
View all posts
Tags: canada, star