Nielsen has released details of the top movies and shows of 2020, with Disney+ dominating the most viewed movies of the year, while only “Star Wars: The Mandalorian” was able to go against Netflix in the most-watched original series of the year chart.

There was a big difference between the type of shows and movies people watch most, while Netflix dominated the series categories, Disney+ provided the majority of the most-watched movies of the year.    Eight of the top 10 movies (in terms of minutes watched) available on SVOD platforms in 2020 were kids’ titles. Unlike adults, children will watch and re-watch their favorite content time and time again.

This helped land titles like Frozen II, Moana, Secret Life of Pets 2 and Onward into this year’s top 10 list, with each attracting viewership of between 8.3 billion and nearly 15 billion minutes each. In addition to providing a stop-gap to the traditional theater experience during a year where many spent their time close to home, kids movies on streaming platforms likely helped many households cope with having children at home when they would traditionally be away at school.

Here is a look at the Top Streaming Content Of 2020 – Movies: 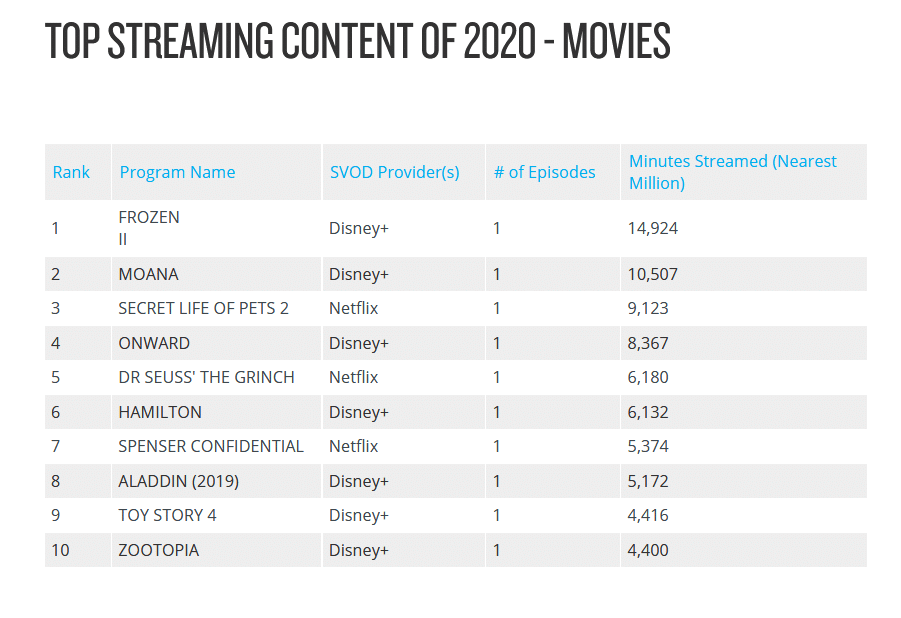 All of the movies on this list from Disney+ are consistently in the top trending titles on Disney+, showing just how important kids movies are for streaming platforms.

Meanwhile, when it comes to Original shows, Netflix completely dominated 2020 with “The Mandalorian” managing to make the top 5, but it also shows a difference in viewing habits as more adults binge watch shows when compared to kids TV shows. 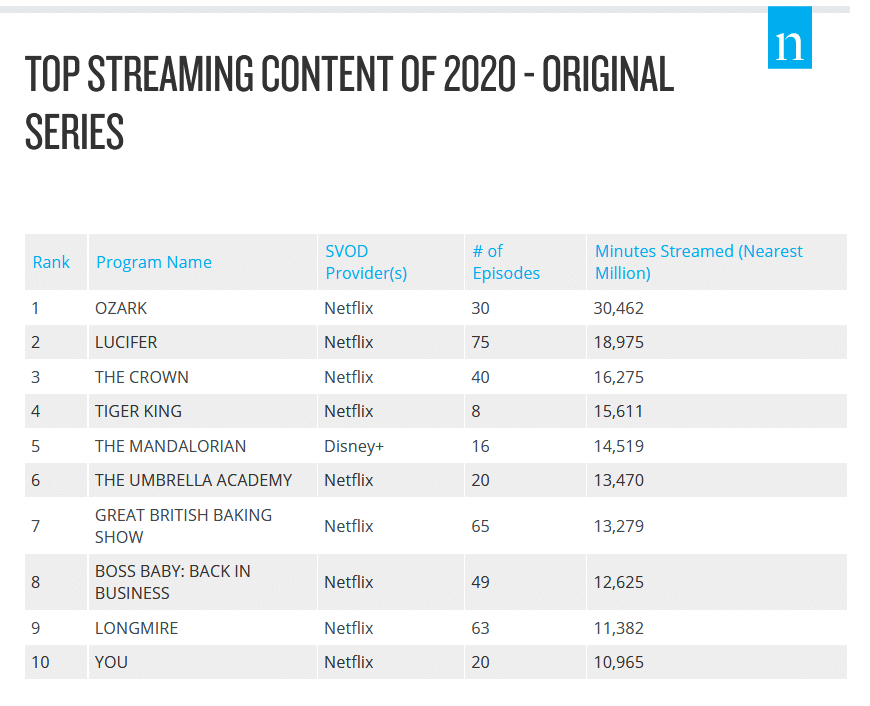 In terms of minutes watched, Disney+ has had an incredible year and shows the power it’s vast library has to keep families entertained, especially during a pandemic.

What movie did you watch on Disney+ this year?

Roger has been a Disney fan since he was a kid and this interest has grown over the years. He has visited Disney Parks around the globe and has a vast collection of Disney movies and collectibles. He is the owner of What's On Disney Plus & DisKingdom. Email: Roger@WhatsOnDisneyPlus.com Twitter: Twitter.com/RogPalmerUK Facebook: Facebook.com/rogpalmeruk
View all posts
Tags: disney, nielsen