Each episode focuses on one celebrity and follows them back to their hometown, where they revisit memorable locations that were central to their upbringing.   We get to hear stories from them, along with their family members, coaches, teachers, mentors, and close friends, who also share significant and personal memories of the subjects before they hit it big. These rarely heard stories provide an intimate look into the central moments in each star’s journey towards becoming who they are today.

The series has 10 episodes and they are each just over 20 minutes long, which I think is a good amount of time to focus on each celebrity.  This keeps episodes brief but allows them time to expand on the more interesting stories.  Obviously, some stories are more interesting than others, but this can also be influenced by your interest in the celebrity. 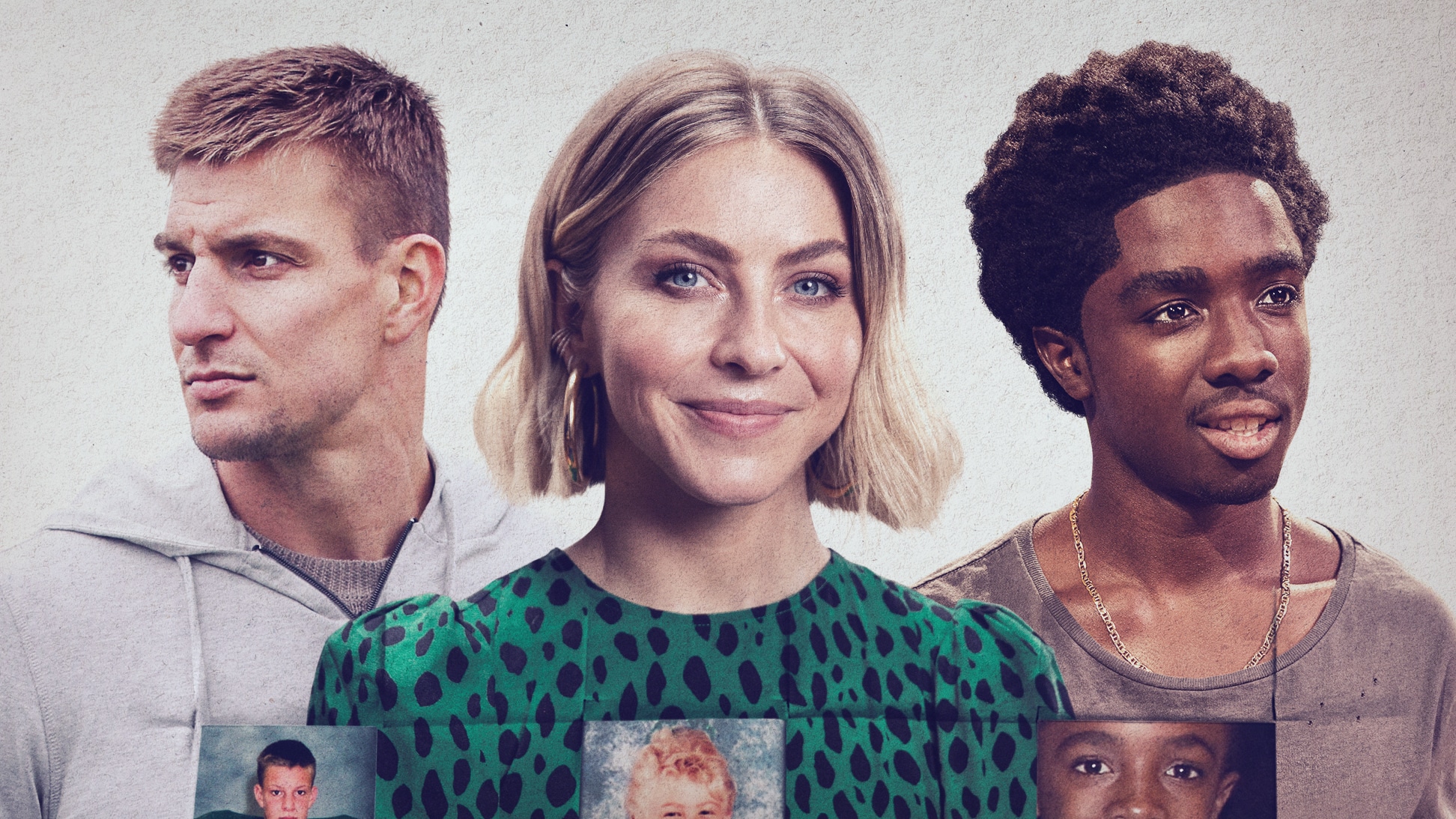 I got to watch three episodes ahead of the Disney+ release, American Basketball star, Candace Parker, American Footballer, Rob Gronkowski and High School Musical’s Ashley Tisdale.  Now I’ve got to be completely honest, I had no clue who Candace Parker was and I had only heard of Rob Gronkowski earlier this year when he was brought in to host WWE’s Wrestlemania.   I’m personally not interested in sports and American sports don’t get much mainstream media attention in the UK, so this instantly caused me some issues with the series.

And that’s one of my biggest complaints about the series as a whole, Disney+ is a global platform and the celebrity lineup is extremely American focused as I only recognised three people off the entire series (and I had to Google them to see who they were) because hardly any of these celebrities are known in the UK.   As Disney+ continues to grow internationally, this is something the creators of shows will need to be more aware of.

That being said, that doesn’t take away from the actual episodes themselves.  They are all extremely well-made documentaries, filled with interesting stories of them growing up, their family lives and how they dealt with the success they achieved.   I really liked the segments where the celebrities were just on their own, talking about their lives.  They were being honest and truthful about their lives, often tearing up when remembering hard times or people they’ve lost.

Based on what I’ve seen so far from this series, I’m going to check out some more of these episodes when they arrive on Disney+, because I enjoyed learning more about these celebrities.  However, I won’t be watching them all, I’m going to be cherry-picking episodes from the series, which I think is probably the best way to enjoy the show.  If you like one of the celebrities, I’d definitely recommend watching that episode.  This is one benefit of the whole season arriving on the same day, it’s much easier to cherry-pick out your favourites.

Finding out about celebrities lives is just fascinating, which is why Becoming is an interesting show, while not every episode will appeal to you, some will, with thousands of celebrities available, this is a show which could just run and run, which I hope it does.

Roger has been a Disney fan since he was a kid and this interest has grown over the years. He has visited Disney Parks around the globe and has a vast collection of Disney movies and collectibles. He is the owner of What's On Disney Plus & DisKingdom. Email: Roger@WhatsOnDisneyPlus.com Twitter: Twitter.com/RogPalmerUK Facebook: Facebook.com/rogpalmeruk
View all posts
Tags: becoming, review