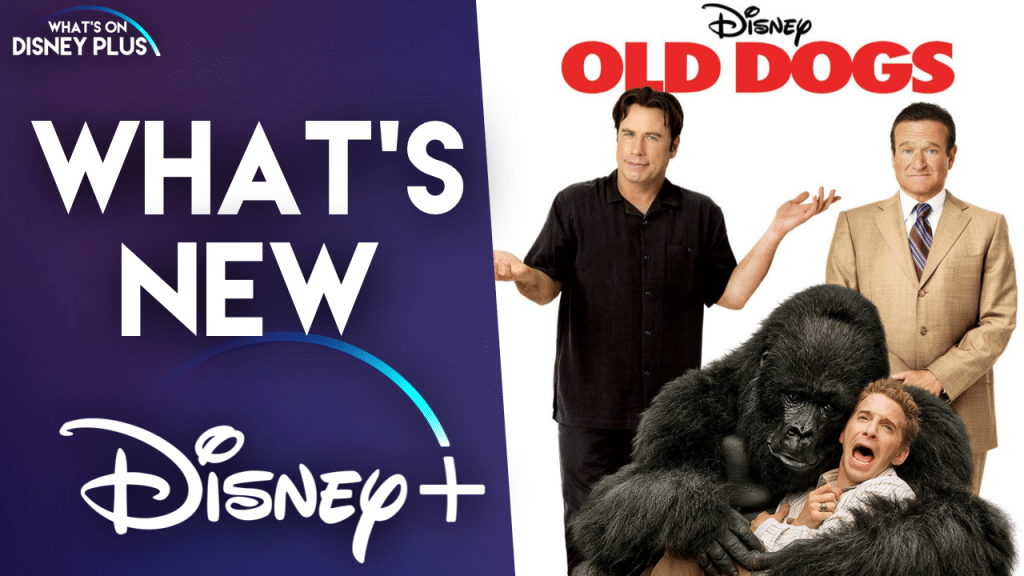 Today sees the addition of “Old Dogs” onto Disney+ in the US, this movie stars John Travolta and Robin Williams.   Old Dogs was already available in other regions such as Canada and Australia.

The movie tells the story of Charlie and Dan, who have been best friends and business partners for thirty years; their Manhattan public relations firm is on the verge of a huge business deal with a Japanese company. With two weeks to sew up the contract, Dan gets a surprise: a woman he married on a drunken impulse nearly nine years before (annulled the next day) shows up to tell him he’s the father of her twins, now seven, and she’ll be in jail for 14 days for a political protest. Dan volunteers to keep the tykes, although he’s up tight and clueless. With Charlie’s help is there any way they can be dad and uncle, meet the kids’ expectations, and still land the account?

Will you be watching Old Dogs this weekend?