What To Watch On Disney+ This Weekend | WandaVision & Dinosaurs 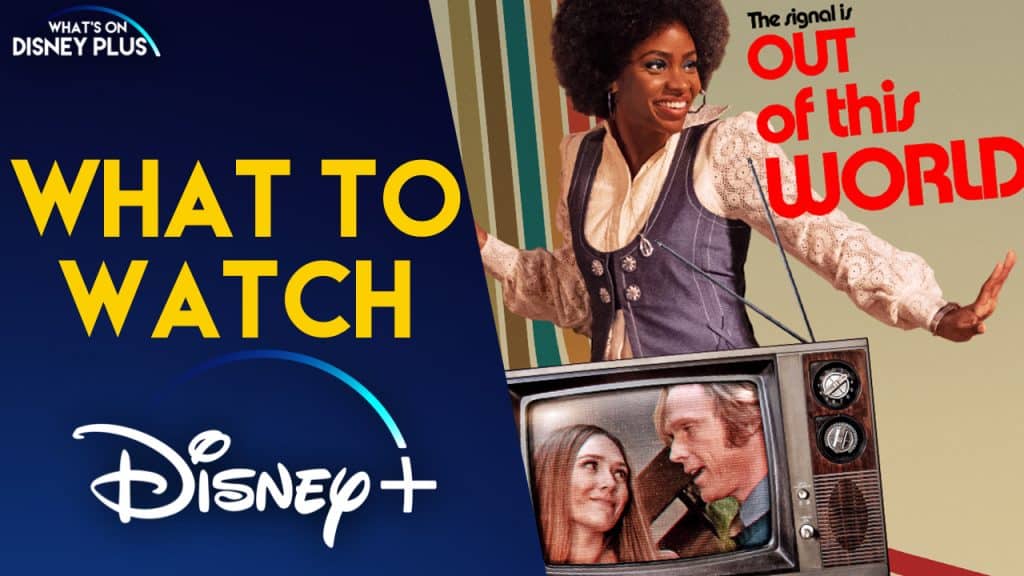 What To Watch On Disney+ This Weekend | WandaVision & Dinosaurs

It’s Saturday and if you’re after some suggestions on what to watch on Disney+ this weekend, here are a few of my personal highlights:

Without question, the latest episode of “WandaVision” should be at the top of your watchlist for this weekend.  This Marvel series is unlike anything we’ve seen before and the fourth episode, which dropped on Friday, finally answers all those little questions from the past 3 crazy episodes.  We finally get an introduction to a grown-up Monica Rambeau and see some more of Jimmy Woo in action after his appearances in the Ant-Man films.  If you’ve possibly dropped off watching “WandaVision” because you didn’t like the sitcom aspect, this is the episode that brings the series crashing down to reality.  I’m loving this series and having a little bit of new Marvel magic every week is “Marvelous!”

All four seasons of this strange sitcom from the 1990s has arrived on Disney+ in many countries this week, and it’s one of the shows I used to watch as a kid, but watching back some of the episodes this morning, it’s very noticeable how much I missed, since there are plenty of jokes for adults.  Considering this series is from the 1990s, it is a little bit grainy, the stories and jokes haven’t aged badly.    It’s got all the typical sitcom traits, but with puppet Dinosaurs.  It’s like a mix between “The Muppets” meets “The Flintstones” meets “The Simpsons”.  Disney+ needs more binge-able shows and Dinosaurs is a perfect addition to give subscribers more choice, though the finale is a little dark (note the series seems to be in the wrong order, so the finale is listed earlier in the fourth season).

The final episode of Marvel’s Agents Of Shield has just arrived on Disney+ and closes off not just an interesting season, with lots of time travelling, but also closes off the show, but leaves it open enough that any character could be used again.  There are a number of things I found interesting in the finale, especially with references to the quantum realm from “Avengers: Endgame” and “Ant-Man and the Wasp”, it been able to reconnect to the larger MCU, which it left behind seasons ago.

This 20th Century Studios animated movie recently was added to Disney+ and tells the story of Mary, a 17-year-old teenager, who shrinks in size, she discovers a world inhabited by strange creatures. Soon, she finds herself reluctantly pulled into a battle between good and evil forces.  Think of this as an animated mix of “Honey, I Shrunk The Kids” and “Avatar”.  I was pleasantly surprised by this film and enjoyed it.