What To Watch On Disney+ On International Women’s Day 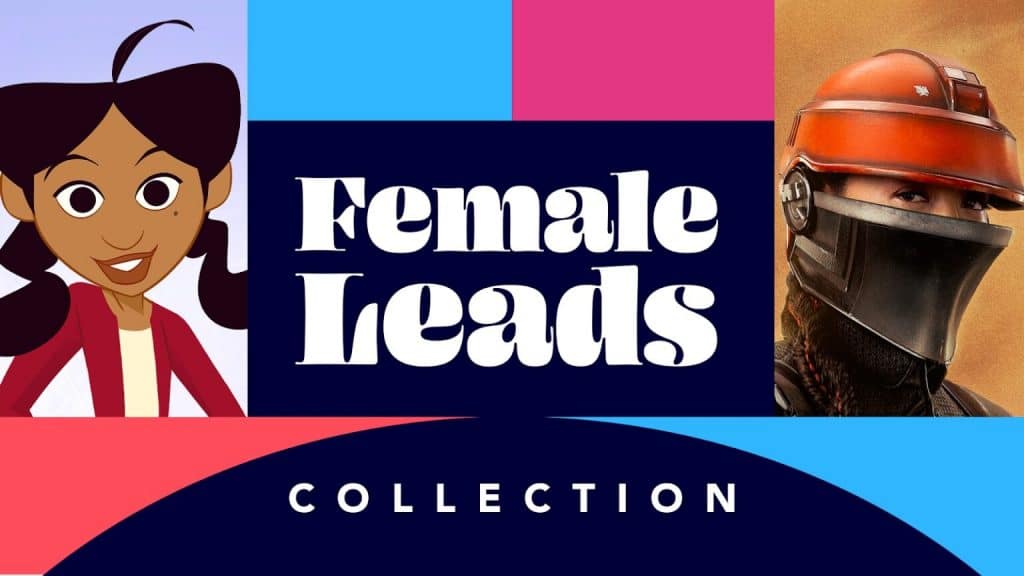 What To Watch On Disney+ On International Women’s Day

To celebrate Women’s History Month and International Women’s Day, Disney+ has recently updated the “Female Leads” collection that includes many films and movies that celebrate the effortless, relentless, and fearless female characters.

The Female Leads collection will include beloved classics such as The Cheetah Girls, Cadet Kelly, The Color of Friendship, Cowbelles, Zenon: Girl Of The 21st Century, Anastasia, Lizzie McGuire, in addition to iconic new arrivals including Encanto, Turning Red, The Proud Family: Louder and Prouder, Olivia Rodrigo: Driving Home 2 U, West Side Story, Embrace The Panda: Making Turning Red, The Book of Boba Fett, Intertwined, and more.

From women defying the odds, like Mulan and Merida, to incredible female superheroes like Captain Marvel, as well as inspirational true stories from NASA scientists in Hidden Figures to a trailblazing conservationist in JANE, the six banners of Disney+ have everything you might need to celebrate this International Women’s Day.

You’ll find these films and series available on Disney+ within the “Female Leads” collection, which can be found on the search tab within Disney+.

Note: Availablity of titles can vary between countries

Here are some highlights of the great content available on Disney+:

Determined to carve her own path in life, Merida defies an age-old custom sacred to the unruly and uproarious lords of the land. When Merida’s actions inadvertently unleash chaos in the kingdom, she must harness all of her skills and resources – including her clever and mischievous triplet brothers – to undo a beastly curse before it’s too late and discover the meaning of true bravery.
Dollface – Kat Dennings stars as a young woman who, after being dumped by her longtime boyfriend, must deal with her own imagination when she literally and metaphorically re-enters the world of women, in order to rekindle the female friendships she left behind. Also starring Brenda Song, Shay Mitchell, and Esther Povitsky.

Long ago, humans and dragons lived together harmoniously in the world of Kumandra. But when evil threatened the land, the dragons sacrificed themselves to save humanity. Now, 500 years later, lone warrior Raya must track down the legendary last dragon to stop the evil force that has returned…and once again threatens her home world.

Natasha Romanoff aka Black Widow confronts the darker part of her ledger when a dangerous conspiracy with ties to her past arises. Pursued by a force that will stop at nothing to bring her down, Natasha must deal with her history as a spy and the broken relationships left in her wake long before she became an Avenger.

Marvel Studios’ Captain Marvel takes you on a spectacular adventure from the 1990s, tracing the path of Carol Danvers (Brie Larson) as she becomes one of the most powerful heroes in the universe. When a galactic war reaches Earth, she meets young agent Nick Fury (Samuel L. Jackson) at the centre of a maelstrom, leading to her ultimate destiny as an Avenger!

In a time of conflict, a group of unlikely heroes band together on a mission to steal the plans to the Death Star, the Empire’s ultimate weapon of destruction. The film stars Felicity Jones as Jyn Erso, a young renegade woman who is detained for her crimes against the Empire until she is freed by the Rebel Alliance.

Drawing from over 100 hours of previously unseen archival footage, director Brett Morgen tells the story of JANE, a woman whose chimpanzee research revolutionised our understanding of the natural world. Set to a rich orchestral score from legendary composer Philip Glass, the film offers an intimate portrait of Jane Goodall— a trailblazer who became one of the world’s most admired conservationists.

National Geographic Explorer-at-Large Dr. Robert Ballard is planning an expedition to solve the mystery of the disappearance of Amelia Earhart. Expedition Amelia follows the clues that have led Ballard to a remote island in the Pacific and delves into Earhart herself, especially how she became one of the most intriguing and inspirational figures in history.

The incredible untold true story of Katherine Johnson (Taraji P. Henson), Dorothy Vaughan (Octavia Spencer) & Mary Jackson (Janelle Monae)—brilliant African-American women working at NASA, who served as the brains behind one of the greatest operations in history: the launch of astronaut John Glenn into orbit. This stunning achievement galvanised the world and inspired generations to dream big.

The Real Queens of Hip-Hop

The Real Queens of Hip-Hop: The Women Who Changed the Game takes an intimate look at the evolution and impact of women emcees and rappers, told by the trailblazing artists who helped create a musical and cultural empire. Featuring an all-female interview line-up – from pioneers of the ‘70s and ‘80s, to chart-toppers of the ‘90s and ‘00s, to stars of today – these ground-breaking women open up about their biggest career moments and share behind-the-scenes looks into their personal stories.

In this witty, satirical farce, secretaries Dolly Parton, Jane Fonda and office manager Lily Tomlin discover they share the same resentment towards their egotistical, sexist boss (Dabney Coleman). When they get an unexpected chance to take revenge, they turn their male-controlled workplace into a model office – even as their scheme spins wildly out of control. 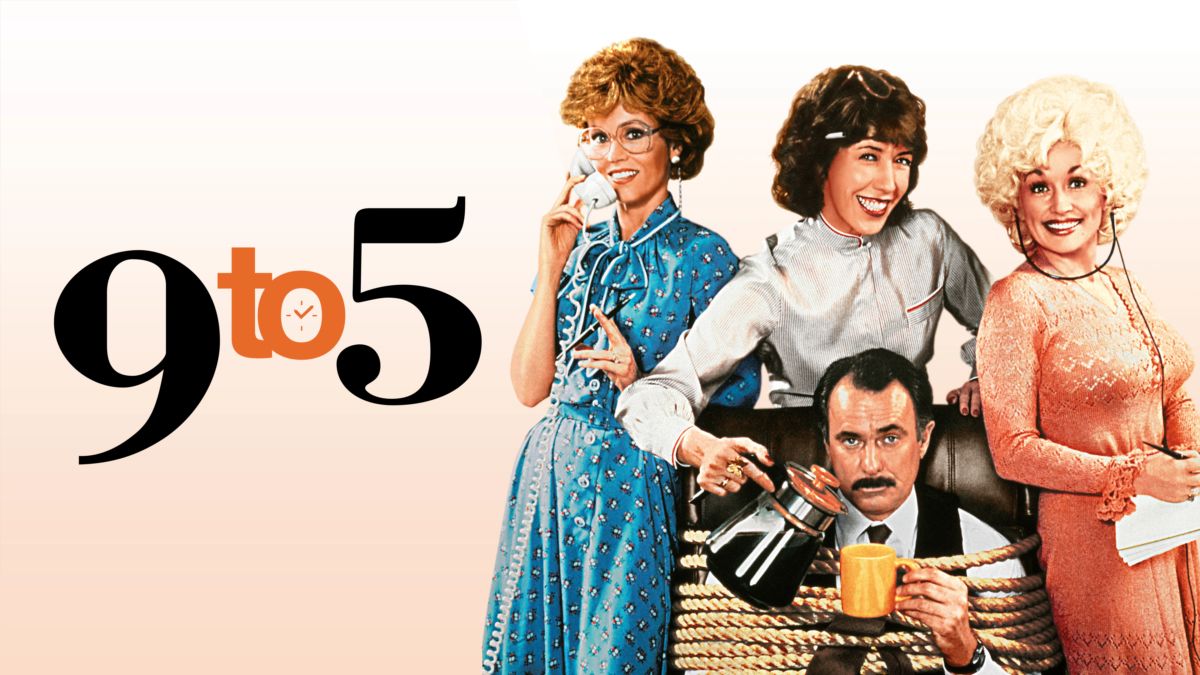 When a secretary’s idea is stolen by her boss, she seizes an opportunity to steal it back by pretending to have her boss’s job.

This series follows four women in their 40s who reunite for a chance to recapture their fame and regain their swagger they had as the Nasty Bitches, their ‘90s group that made them legends in the hip-hop world.

Both iterations of this classic tale of a fearless young woman who risks everything out of love for her family and her country to become one of the greatest warriors China has ever known are available on Disney+.

Are you going to be watching any of these great films on Disney+ this week?

Roger has been a Disney fan since he was a kid and this interest has grown over the years. He has visited Disney Parks around the globe and has a vast collection of Disney movies and collectibles. He is the owner of What's On Disney Plus & DisKingdom. Email: Roger@WhatsOnDisneyPlus.com Twitter: Twitter.com/RogPalmerUK Facebook: Facebook.com/rogpalmeruk
View all posts
Tags: international women's day